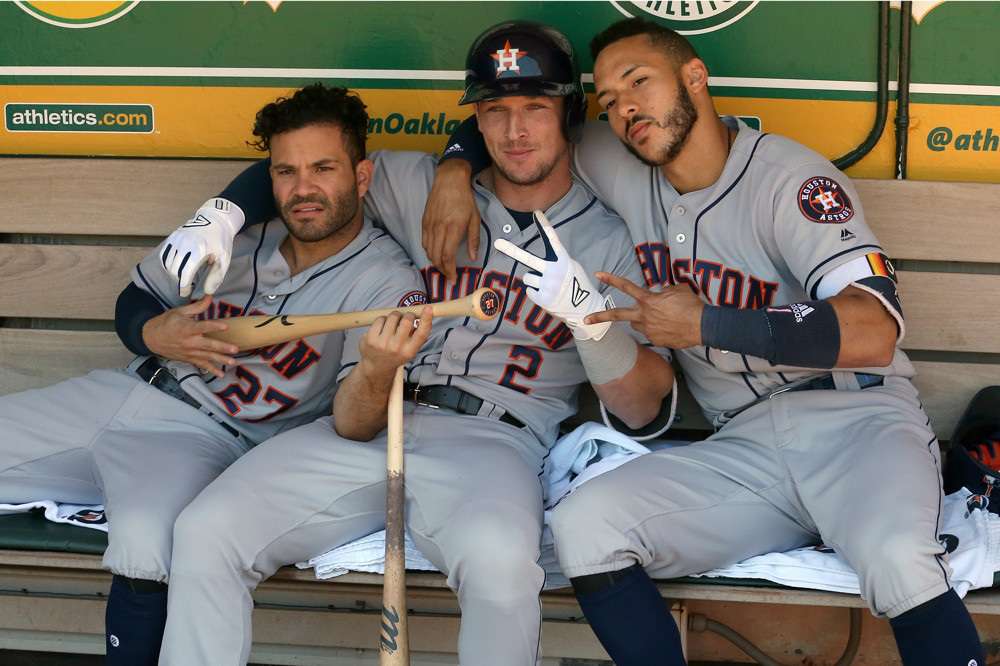 Just when your team starts clicking on all cylinders the inevitable happens… Injuries are maybe the most frustrating aspect of fantasy sports. We feel like we have some level of control over our teams and can accept responsibility when they don’t perform.  Then an injury occurs to one of our most important players and we are helpless, or at least we feel that way. Don’t worry, Dr. Mike Tanner is here for you, not just breaking down the latest MLB injuries, but giving you actionable information to help you and your Fantasy team to weather the storm.

After a swing and miss, Torres stepped out of the box and was visibly fighting a little discomfort in his hip, more specifically his right hip flexor. This muscle is vital for a right-handed hitter because as he performs the ballistic movement of a swing, his left hip rotates and his right hip is extended (stretched). Tweaking this muscle is problematic because he’ll need to let it fully heal before really letting it loose with the bat. Yankees management stated the strain was mild but be wary of this injury. A grade 1 strain can take 10-15 days, and while the All-Star break seems like a reasonable target, expect the Yankees to be cautious. Re-injury is a real problem with this specific injury, so he could be out three weeks to ensure he’s right. Expected Return: Late July

ICYMI w/ @gordondamer: Gleyber Torres is headed to the DL. How big of a deal is the injury? Are you concerned?
LISTEN: https://t.co/KpFYi5OcDo pic.twitter.com/or2zGJM5av

Although Correa is eligible to return on July 6th, he hasn’t even participated in baseball activities yet. What the team allows a player to do is the most valid information about MLB injuries we get and not what the GM/Manager tells the media (insert Daniel Murphy story here). The Astros are feeling more heat from the Mariners than expected, but if you are the Astros and your 23-year-old star is having back pain, what would you do two weeks before the All-Star break? Even if the strain is mild, they’re playing the long game with Correa here and keeping him in a position to contribute in October. Expected Return: Late July/Post All-Star Break

Just when it looked like Darvish was ready to return, he didn’t feel right after a bullpen session and returned to see a specialist. He was diagnosed with shoulder impingement, which is a different problem than what initially landed him on the DL (triceps strain). Shoulder impingement is when a fluid-filled sac in between bones becomes irritated, swells up and hurts with overhead movement.

The first course of action is a cortisone shot (or two), which Yu received on 6/29. He had just ramped his activity back up from the triceps strain (pain on the back of your arm, just above the elbow) and had an excellent rehab start. Now, he’s got to be shut down for a week and start the process all over again. If the cortisone shot doesn’t take well (early reports are that he is feeling better, but let’s see what happens when he throws a baseball 94 mph), then he’ll receive a 2nd shot. If that doesn’t take, then he could be shut down for a more extended period of time. The last resort is the “S” word (surgery, not THAT “S” word).

He could be back in late July or late August, it all really depends on how things go over the next week. In redraft leagues, I’d trade him now, just to see if the name brand can get you a decent return. The risk of another injury is very high. A pitcher trying to compensate for different problems tweaks his mechanics, and that typically ends poorly. Expected Return: Early August

Ready to start prepping for Fantasy Football? The FantraxHQ Fantasy Football Draft Kit is kicking into gear. Check it out for all the latest news and analysis so you can be ready to dominate come Draft Day.

Carlos Carrasco – After taking a ball to the elbow on a comebacker, Carrasco looks ready to go after an excellent rehab start in the minors.

Paul DeJong – Should be back later this week or early next week and is raking the minors. Only 45-percent owned in ESPN leagues, 89-percent in Fantrax, check the waiver to see if an impatient owner let him go.

Julio Urias – Has hit every milestone in his throwing program like clockwork the past few months. Only 32-percent owned in Fantrax, 5-percent in ESPN.

YoenisCespedes returned to baseball activities, Noah Syndergaard threw a 60-pitch session without trouble, Johnny Cueto will be activated this week, and Stephen Strasburg is on track to return just after the All-Star break, perhaps one start before if we’re lucky.

Danny Salazar – I’ve listed Salazar in my trending down column nearly all year, but his recent surgery actually yielded some very positive results. He had his shoulder bursa removed (the same fluid filled sac causing Yu Darvish problems) and a minor clean up. He’ll miss the rest of this season in a wise and very conservative move by the Indians, but there is some excellent news. The surgeons didn’t repair anything, no labral tears, no rotator cuff repairs, nothing. He could return much like Carlos Rodon did this year but Salazar should be ready for spring training. He will be very an interesting lottery ticket that could pay high dividends next season. Dynasty leaguers take note.

Jeff Samardzija – He’s getting lit up in the minors and will return to face the Cardinals on Saturday. If you’re looking for a stack for DFS, you’re welcome.

Christian Yelich – He’s quietly had three significant core problems between the last two seasons and this trend is becoming a bit concerning. His risk for re-injury is very high, and while I do believe he is an excellent player, I’m concerned that 600 total plate appearances might be in jeopardy.

Have MLB injuries taken their toll on your Fantasy Baseball teams this year? Don’t let them spoil the whole season. Head on over to Fantrax and start a second-half league. At Fantrax you can draft a team 364 days a year.

Top 60 Running Back Rankings and Tiers for 2018