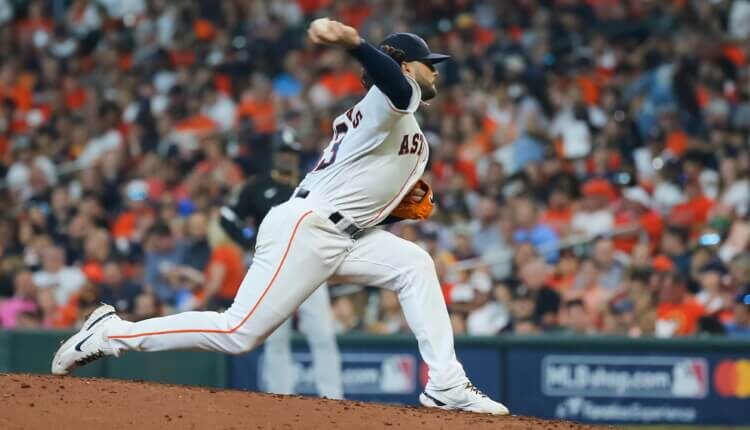 The MLB DFS Weekend Planner is here for the 2022 season! There’s absolutely nothing better than diving into the data, the matchups, and the ballparks to build some daily lineups. and we need to get it in while we can. There are less than four weeks left in the regular season!

The “Probable Pitchers” grid at Fangraphs is always a fantastic resource for looking ahead at the MLB schedule. Here is the weekend at a glance.

You can see, we have Dodger Stadium, Camden Yards, and Great American Ball Park which all host elite hitting environments. Cincinnati looks to have weak pitchers on both sides this weekend, so that is a park to target for offense each day. There are also plenty of pitching-friendly options over the next three days. More on that in the Ballparks section of this column.

Presently, the weather looks like it will cooperate across all of MLB on Friday night and potentially through the weekend. But just because things look good this morning doesn’t mean it can’t drastically change before first pitch. All of these Friday games should be able to play, but be sure to check all forecasts closer to game time.

Boston Red Sox (vs. TEX) – A lot of the offensive woes for the Boston Red Rox this year could have been easily solved if MLB would just let them play all 162 games at home! As it stands today, Boston has a team OPS 65 points higher at home than they do on the road. In fact, their .438 slugging percentage is fourth in the major and is tied with American League leader Houston Astros. There is more information below on a specific batter vs pitcher matchup you can exploit, especially on Friday and Saturday, but this looks like a Red Sawx Staack kind of weekend all three days. If the Texas Rangers think that they can just throw Dallas Keuchel, Kolby Allard, and Dane Dunning out there with the Green Monster and short right field, they deserve all they are going to get.

Colorado Rockies (@ CIN) – Only the Detroit Tigers (.600 OPS) have a worse road OPS than the Colorado Rockies (.635) this year. But, not every road trip the Rockies take is to Cincinnati’s Great American Ball Park. You may have seen the data above or on Baseball Savant, but the Reds’ ballpark has now surpassed Coors Field as the most offensive friendly environment in the game. Much of that has to do, of course, with the lack of quality pitching the Reds throw at opponents. But the numbers still stand that this is now the best park for home runs and for offense in general. The Reds, for example, rank 25th overall in team slugging percentage this year (.379). But they are 11th in the majors at home (.414). This is the type of advantage that Colorado walks into on Friday. Only C.J. Cron is over $4,500 on DK tomorrow, with many of the regular lineup checking in around $4,000.

Toronto Blue Jays (@ PIT) – I’m searching for something nice to say about the Pittsburgh Pirates against right-handed pitchers this year, and I’m not coming up with much. You see, the Pirates will face three righties this weekend, beginning with flamethrower Alek Manoah on Friday. Pittsburgh is 28th in strikeout rate (25.1%), 28th in OPS (.648), and 29th in wRC+ (82) against right-handers this year. Manoah on Friday is a no-brainer in this matchup, but it’s a different story for Ross Stripling on Saturday and sometimes gas can Jose Berrios on Sunday. Berrios especially has had two very good starts in his last three after some turmoil earlier in the season. This is about as good of a get-right spot for any Blue Jays pitchers that one can find.

St. Louis Cardinals (vs. CHC) – Imagine for a moment who you think the teams with the best home starters are in MLB. You’re probably thinking about the Dodgers, Astros, Mets, Rays, and Yankees. And you would be right. But right behind that group are the St. Louis Cardinals who have a combined 3.32 ERA at home (seventh-best in baseball) and a fantastic pitching park behind them. They have this level of success primarily because of two very important factors. First, they don’t walk anybody. Their 2.68 walks per nine innings ranks seventh in the majors. They also don’t allow home runs. At just 0.90 home runs allowed per nine innings, this starting rotation ranks eighth this year. The Cubs, on the other hand, are no fans of playing on the road, with an 18th-ranked OPS and eighth-highest strikeout rate on the road, this is a team that will look overmatched against Jordan Montgomery on Friday.

Tommy Pham (OF, BOS) – Tommy Pham must be living right to be the leadoff man in right-handed batters’ dream over the next two games. While at home (third-best offensive factor), righty Pham (.304/.375/.487 against southpaws) will face Texas Rangers’ left-handed starters Dallas Keuchel and Kolby Allard the next two nights. You may have heard of Keuchel and Allard for such hits as an 8.84 and 8.47 ERA this season. Keuchel allows a .606 slugging percentage to right-handed batters this season. Allard? A cool .797 slugging percentage to righties. I am sure that these two starters will not be in the game for too long, if their season-long trend continues. But that just means Pham will get more plate appearances against the Texas bullpen that has pitched the sixth-most innings of any team this year to only a 3.71 ERA. Pham is $4,500 on DraftKings Friday night, so he’s not mega-cheap. But the stats and the matchup tell me that he will pay off that salary with ease.

Lance McCullers, Jr. (SP, HOU) – The Los Angeles Angels versus strong right-handed pitching in 2022. It has not been a pretty site for fans of the Halos. The Angels strike out 26.7% of the time against right-handers on the season, far and away the worst of any other team. Even players like Mike Trout (29%) and Shohei Ohtani (24.3%) have strikeout rates among the highest of their career. Of the 16 players who have at least 50 plate appearances for the Angels this year, 10 of them have a strikeout rate of 22% or more against right-handers.

In his three games back from a forearm injury suffered last postseason, McCullers has shown no signs of any rust. He has pitched at least five innings each game and has allowed a total of three earned runs in three games. The curveball is working its magic again and still fooling hitters left and right.