MLB DFS Look Ahead: Stacks and Fades for May 24-27 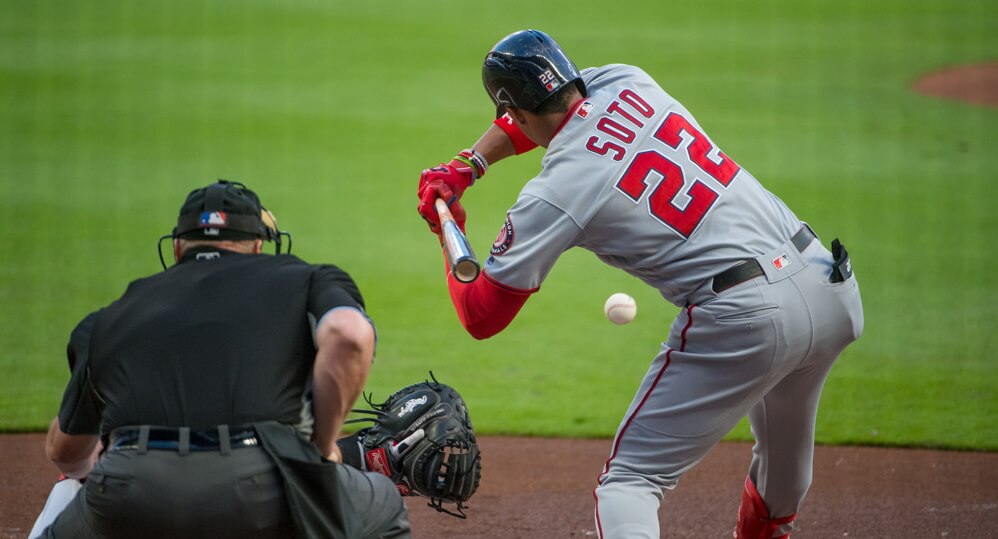 Playing daily fantasy sports is not a game for the faint of heart. If you don’t love a healthy amount of variance or you find yourself traditionally risk-averse, the more predictable seasonal game might be better for you. But if you’re ready to travel down the mean streets of MLB DFS where sometimes Ronald Acuna goes 0-for-5 and Wade Miley can be the highest-scoring pitcher, I’m ready to stack and fade with you.

This biweekly piece will look ahead to upcoming series with an eye towards which bats to Stack (rostering multiple players from the same lineup, a key to DFS success) and which bats to Fade (recommended spots to avoid, based on the data). I will also look at pitchers with Potential (high-upside hurlers who might save you a little salary) and arms to Avoid (perhaps pitchers who look promising on the surface but have difficult waters to navigate in the games ahead).

Baseball is clearly the hardest daily game to get right, and each slate will deserve its own individual analysis. With an eye towards the macro environment of each series, however, you can avoid the noise and start focusing in on the best possible plays for your salary.

Washington Nationals (vs. CIN) – We start to look at bats to stack this week in the nation’s capital, where the Nats could have more runs scored in this series than there are sleazy politicians in D.C.

The Washington bats will face the unholy trinity of Tyler Mahle, Jeff Hoffman, and Sonny Gray in this series and enter this coming week with the sixth-best team on-base percentage, which could create havoc for a Reds’ pitching staff with the second-highest walk rate on the season (11%).

Texas Rangers (@LAA, @SEA) – A sneaky – and likely cheap – stack this week is going to be the Rangers’ offense led by Adolis Garcia who can only be described as superhuman at this point.

Even with his latest homer barrage, however, his salary was only $3,400 on DraftKings on Sunday and $3,300 on FanDuel. The rest of the lineup around him also remains extremely affordable. On FanDuel, no other player in the starting lineup Sunday was more than $2,800. That’ll certainly pay the bills considering the motley crew of pitchers Texas will face this week.

The Angels plan to toss Andrew Heaney and Griffin Canning, while the first game against the Mariners will have them face Chris Flexen. Anytime we get the Rangers outside of Globe Life Park (20th in park factor this year) we should pay attention, but with three pitchers on tap in the bottom half of the league in HR/9 rate, this could be an underrated power stack to start the week.

St. Louis Cardinals (@CHW) – The Cardinals get an absolute murderer’s row of pitchers this week, likely seeing Lance Lynn, Lucas Giolito, and Carlos Rodon at Guaranteed Rate Field. Despite its reputation, the White Sox stadium ranks only 18th in park factor the last three years, so this looks like a three-day fade-fest for Cardinals bats.

With all of their injuries, there will likely be plenty of cheap options in the back end of the St. Louis lineup, but if you want to stack Justin Williams and Edmundo Sosa against Giolito, you deserve everything that’s coming to you.

The White Sox staff possesses the sixth-best K% and K/BB% in the league, so this looks like a full fade of the Cardinals for me.

Houston Astros (@LAD) – The guru of weekly hitting spots, Ahaan Rungta, warned you already to avoid the Astros this week in seasonal leagues, and I’m here to second that emotion for MLB DFS.

While it’s a short tw0-game visit by Los Angeles, the Astros will likely want it to end even sooner than that considering they are about to face Clayton Kershaw, Trevor Bauer, and the Dodgers will probably just keep Joe Kelly in the dugout to trash-talk them the whole series.

The Astros rank top six in the league in on-base percentage, slugging percentage, and wRC+ at their home park, but Bauer and Kershaw claim two of the top-25 fielding independent (FIP) ratios in the majors and should be able to mostly silence the Houston bats. Unless the salaries are ridiculously cheap, it’s a two-game fade for me.

San Diego Padres (@MIL) – Even with Christian Yelich back in the lineup and hitting his first homer of the season on Sunday, this ain’t your father’s Brew Crew at American Family Field these days (RIP Miller Park). Prince Fielder and Ryan Braun ain’t walking through that door anytime soon.

Even with a serious park downgrade (American Family Field 14th, Petco Park 25th), the trio of Blake Snell, Joe Musgrove, and Chris Paddack should find Milwaukee to be an easy landing spot with the Brewers’ watered-down lineup they have been sending to the field lately.

Snell’s price on DraftKings Monday ($8,900) didn’t go up one dollar after dominating the Rockies last week and striking out 11 batters in six innings. The Brewers have the sixth-highest strikeout rate as a team this year as well as the seventh-lowest ISO. The potential for the Padres’ pitchers this series is off the charts.

Chicago Cubs (@PIT) – Cubs pitchers may not get you that #screenshotlife this week where you can boast of taking down a tournament because you rostered Trevor Williams, but they are sure to provide low-cost potential at one of the best pitching environments in the majors.

You might have to pay up a little more than you have lately for Kyle Hendricks on Thursday, but Jake Arrieta and Williams are sure to be found in the bargain bin despite facing the team that ranks bottom-two in the majors in ISO, slugging percentage, and wOBA in 2021.

New York Yankees (TOR) – There will surely be some who will shy away from one of the best offenses in baseball when they enter the box against the Yankees this week, but I will not be one of them.

Corey Kluber may have Klubotted his way to a no-hitter against the Rangers last week, but this Blue Jays team is going to be a whole other story. Add in beatable matchups against Domingo German and Jordan Montgomery and I am much more likely to stack Toronto bats than I am to chase a Kluber no-hitter or a career-high 11 strikeouts from Montgomery. This screams avoid to me.

Perhaps you haven’t seen just how much this Toronto team mashes the ball, but they are getting it done whether they are playing at their temporary bandbox park or not. They rank first in MLB in average exit velocity as a team (90.1 mph) and rank ninth in HardHit%. As a result, they rank fifth in team slugging and rank eighth in runs scored this season.