MLB DFS LOOK AHEAD: Stacks and Fades for June 22-24 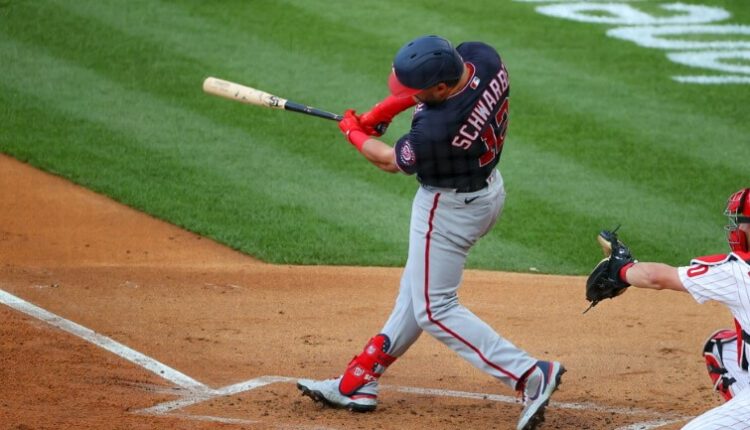 You’re likely reading this on National Wander Franco Day, which if fantasy managers had their way, would be declared a federal holiday. In all dynasty and keeper formats, Franco has been rostered for years, and he is likely now gone in 99% of redraft formats as well. Our DFS game is a little different, however. We can be patient and see how the MLB DFS sites choose to handle the uber-prospects like Franco. FanDuel, for example, has Franco listed at SS at the minimum salary ($2,500) on Wednesday. Perfect for a Rays stack. DraftKings likewise has Franco at the minimum ($2,000). Think Franco could be had for the minimum FAB bid in any of your leagues? Probably not.

This is what makes MLB DFS so great. If you believe Franco is an instant smash success (cough-Kelenic-cough), here is your chance at a buy-low window until the DFS algorithms catch up. If you want to risk a fade at min-salary, go for it. If you struck out on Franco in all your seasonal options, you can have Franco every day if you want! Just don’t expect his salary to be $2,000 for long.

It looks like mega chalk week with a few notable exceptions as creep towards July. The best bats are in the best matchups. The best pitchers have some of the easiest assignments. Apart from Round III of Dodgers-Padres which is a whole other level of fun, there are likely to be some popular plays on rosters the next three days. Let’s look at what might be signal and what might be noise as we build our rosters and try to differentiate this week.

New York Yankees (vs. KCR) – It’s safe to say the offense for the Yankees this season has been a disappointment. Considering the high expectations (New York was the betting favorite to make the World Series in the AL by most sportsbooks), a 14th-ranked wRC+ of 96 is not what was expected. Yes, injuries have played a role. Because of course, they have. Aaron Judge is always nicked up. Giancarlo Stanton always misses time. Luke Voit’s absence has been a major blow this year. But the next men up have not been pulling their weight.

But if there was ever a time to get right, a home date with the pitching wizardry of Singer-Bubic-Keller is it. Still reeling from the loss of Danny Duffy, the Royals pitching staff has struggled badly this season. They possess the eighth-highest ERA in the league which is supported by the seventh-highest SIERA. They have the fifth-highest walk rate and just the 18th-most strikeouts this year. If that wasn’t bad enough, they allow the seventh-most hard contact and the second-highest barrel rate to opponents. Somewhere, Dan Quisenberry weeps.

As you might imagine, it will be a prime stacking opportunity for Yankee lefties against the two right-handers (Singer and Keller). Yankee stadium ranks as the sixth-best park for lefty home runs the last three years, according to Statcast. With Voit joining the lineup again this week, we may see more hits than when Paul McCartney and Billy Joel played Yankee Stadium together.

Los Angeles Dodgers (@SDP) – A lineup without Cody Bellinger, Corey Seager, and Max Muncy for long stretches of a difficult division race is not exactly what the Dodgers ordered at the beginning of the season. But with all of the injuries they have been served lately, it’s time to rethink our DFS position on them when they travel to tough parks or face tough pitchers. Against San Diego the next two days, they will get a healthy dose of both.

We already saw Yu Darvish mow down the Dodgers over six innings Monday, allowing only one run with 11 strikeouts. Blake Snell and Joe Musgrove now take the mound over the next two days, which will serve as two major obstacles for the Dodgers, whose team OPS on the road drops to .734 compared to .779 at home.

They, of course, can still be dangerous. But I don’t think batting Gavin Lux and Mat Beaty in the top half of the lineup was the plan when the season started. The Padres’ staff has the best K/9 and the sixth-best BB/9 at home this season. Couple that with a top-10 rate of 1.10 HR/9 at home and this looks like a couple days to fade the Dodgers.

Oakland Athletics (@TEX) – Ask the casual-t0-average baseball fan who Cole Irvin, James Kaprielian, and Chris Bassitt are and you will likely get a lot of wrong answers before you get a guess that they are the 3-4-5 starters for Oakland. But Monday’s beatdown of Frankie Montas notwithstanding, the Rangers offense is about to quickly learn just how effective these anonymous pitchers can be.

Although their NL West counterparts the Rockies and the Diamondbacks are getting the headlines for their offensive ineptitude, the Rangers are right there with them this year, battling out for the title of who can be the Worst of the West. Texas ranks 26th with a wRC+ of only 86 (tied with Arizona) which is not a surprise considering their 28th-ranked wOBA (.293). But those numbers don’t look so bad when you consider they are even worse in both categories when batting at home.

Globe Life Field, as expected, is playing very pitcher-friendly so far. No single offensive metric ranks above average in that park its first two years in existence. These three Oakland pitches may not rack up the strikeouts for you at midweek, but they aren’t going to needlessly hurt themselves either. The A’s have the third-best walk rate among starters this season as well as the seventh-best HR/9 in the majors.

You know already to fade the Rangers offense in MLB DFS, but this endorsement is much more about pulling the trigger on the Oakland starters. At only $7,800 on Monday on DraftKings (cheaper than Tyler Anderson vs. the White Sox?!), Irvin is looking very appealing as an SP2.

Miami Marlins (vs. TOR, vs. WSH) – Me telling you to avoid Cody Poteet on Thursday against Kyle SchwarBonds and the Nationals would be like me telling you to avoid bunting in softball. Or eating Taco Bell after 9:00 PM. It’s unnecessary. But it’s those two games against the Blue Jays that give me pause with Sandy Alcantara and Taylor Rogers. These are two of my favorite pitchers to roster at their salaries, but I’m worried about their prospects with Toronto coming to town.

With George Springer in the lineup a real possibility after a four-game rehab assignment, an already dangerous offense would become downright lethal with the addition of a bat like that.

Being on the road is no problem for a team that doesn’t actually have a home yet this season. The Jays rank sixth in road wOBA this season (.323) and fifth in wRC+ (105) and road OPS (.745). Since June 1, their team wOBA, wRC+, and OPS have all substantially increased. They are getting overwhelming offensive production from up and down their lineup. I would much rather stack Toronto this week than pay almost $9,000 for Alcantara, where he sits on DraftKings Monday.