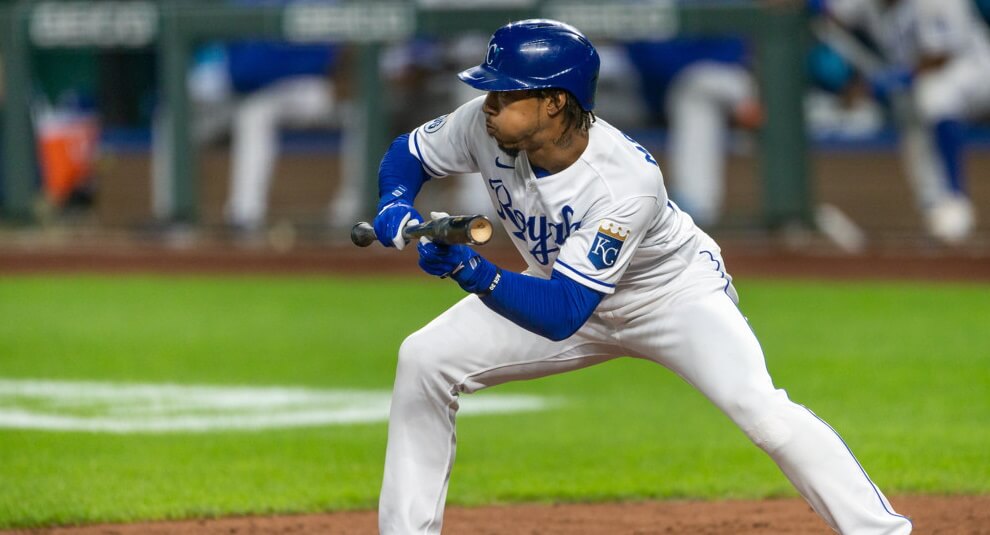 Playing daily fantasy sports is not a game for the faint of heart. If you don’t love a healthy amount of variance or you find yourself traditionally risk-averse, the more predictable seasonal game might be better for you. But if you’re ready to travel down the mean streets of MLB DFS where sometimes Fernando Tatis goes 0-for-5 and Spencer Turnbull can be the highest-scoring pitcher, I’m here to stack and fade with you.

This biweekly piece will look ahead to upcoming series with an eye towards which bats to Stack (rostering multiple players from the same lineup, a key to DFS success) and which bats to Fade (recommended spots to avoid, based on the data). I will also look at pitchers with Potential (high-upside hurlers who might save you a little salary) and arms to Avoid (perhaps pitchers who look promising on the surface but have difficult waters to navigate in the games ahead).

Baseball is clearly the hardest daily game to get right, and each slate will deserve its own individual analysis. With an eye towards the macro environment of each series, however, you can avoid the noise and start focusing in on the best possible plays for your salary.

Minnesota Twins (vs. KCR) – This weekend series in Minnesota looks like the place to go on your holiday weekend if you need runs in your DFS lineups. Both rosters present stack options that are very appealing considering the quality of pitching we are likely to see over the next three days.

With Danny Duffy still injured and his prognosis an enigma, the Twins are likely to see Kris Bubic, Brad Keller, and either a bullpen game or a minor league call-up over the weekend. Assuming the Royals throw someone like Jakob Junis in this series, those three pitchers for the Royals combine for a total of 0.9 WAR on the season. Collectively, their pitching performances to date haven’t accumulated enough value to equate to one win for Kansas City.

The Twins’ offense ranks ninth in MLB with a 106 wRC+ and they have the versatility and health to match up with whatever handedness the Royals throw at them. The Royals’ pitching staff ranks 27th this year in the percentage of hard hits allowed this year (41.2%), perfectly complementing the 42.7% hard-hit rate for the Twins’ offense which is second-best in baseball in 2021.

Kansas City Royals (@MIN) – If the Royals’ pitching staff allows the fourth-highest hard-hit rate in the league, that means there must be three teams that allow more hard contact. The team that allows the most? That’s right, the Twins. They plan to have JA Happ, Randy Dobnak, and Matt Shoemaker be the sacrificial lambs this weekend which should allow for a sneaky and cheap stack of the Royals offense, which is getting its pieces back at the right time.

Of course, the addition of Adalberto Mondesi should provide an instant boost to the Kansas City run production. He is already slugging .889 in his limited time at the plate since returning from injury, and the Royals seem to be benefiting from his presence. All of Mondesi, Andrew Benintendi, Carlos Santana, and Whit Merrifield have a wOBA of at least .300 since the shortstop’s return.

Each of the three Twins pitchers this weekend rank outside the top 90 pitchers in WAR among pitchers with at least 20 inning pitched. And while a stack of the Royals never feels good when you click submit, they should come in with the perfect alignment of salary and opportunity to fit other stud pieces into your lineups.

New York Mets (vs. ATL) – The Double-A lineup the Mets are running out these days thanks to the M.A.S.H. unit that is their team, faces the worst possible alignment of Braves pitches this weekend, and they don’t even get the boost of moving to the Braves’ home park on top of it.

Never mind the fact that the Mets have scored only 10 runs in their last five games combined. The best offense in the league would have a tough time with Ian Anderson, Charlie Morton, and Max Fried this weekend. Both Anderson and Morton rank in the top 25 of all starters in xFIP and while Fried may still be trying to find his dominant stuff from prior years, he is coming off three starts where he pitched a total of 19 innings and allowed only three total runs.

It’s true that the Mets are snake-bit so far this year. They lead the majors in days and salary dollars on the injured list, and their vaunted offense ranks just 23rd in the majors with a 80 wRC+, behind such legendary offenses as the Orioles and Marlins. This team is an easy fade for me at home this weekend.

San Francisco Giants (@LAD) – For as atrocious as the Mets’ offense has been, the Giant’s have been that much of a pleasant surprise in 2021. They rank 12th in wRC+, 13th in wOBA, and a strong sixth in BB/K rate on the year.

But all that goodwill they have built up with fantasy players this year is about to get a tough dose of reality as they run the absolute gauntlet of Dodgers pitchers this weekend. Dodger Stadium will get treated to Walker Buehler, Julio Urias, and Clayton Kershaw over the next three days; all pitchers that rank top-20 in SIERA and xFIP this season.

As much fun as it has been to watch the career resurgences of Buster Posey, Evan Longoria, Brandon Crawford, and Co., this is the weekend to fade them all and let some other guys fill your roster.

Colorado Rockies (@PIT) – I know, I know. Insert spit take gif here. But if you are in the market for an ultra-cheap SP2 for your roster this weekend, I guarantee the Rockies pitchers will have the magical combination of underrated skills and low roster percentage that can be a huge boost in tournaments.

The first obvious factor to consider is the clear boost moving from Coors Field to PNC Park. How big is the boost? Over the past three years, the Coors Field home run Park Factor ranks fourth, while PNC Park ranks just 24th. If you just look at overall hits, Coors Field has the highest Park Factor and PNC Park is 17th. The upgrade to the park for the pitchers can’t really be overstated.

But there are other reasons to not fade Jon Gray and Austin Gomber, in particular, this weekend. Yes, the Pirates’ offense is #notgood, but they are equally abysmal against right-handers like Gray (27th in wOBA – .286) and left-handers like Gomber (28th – .281). And in one of the most shocking stats of the year, both Gray and Gomber are top ten among all starters in lowest hard-hit rate (both at just 33%). That’ll certainly play in a pitchers’ park like PNC.

Seattle Mariners (vs. TEX) – Am I really going to recommend another shaky pitching staff to round out your DFS lineups this weekend? Well, there’s really no reason to fade the Mariners’ staff either and it’s not just about how putrid the Rangers’ hitting has been.

Forget for a second that the Rangers just made Chris Flexen look like Pedro Martinez last night and consider that there are actually some underlying skills for the Seattle lineup of Justus Sheffield, Justin Dunn, and Yusei Kikuchi this year.

Among qualified pitchers, both Dunn and Sheffield rank among the top 50 starters in hard contact allowed, and Kikuchi actually ranks 20th in CSW% (called+swinging strike rate) despite a reputation his stuff is mostly soft. Pitching in the comforts of a home park with the third-best Park Factor this year, this is a good staff to gamble on this weekend.

Houston Astros (vs. SDP) – Really there is no better way to celebrate America this weekend than to root for the Padres bats to go off on the Astros pitchers in Houston. With Lance McCullers, Jr. and Jose Urquidy on the IL, no Justin Verlander, and Christian Javier demoted to the bullpen, San Diego is really going to get the watered-down version of the Houston staff the next three days.

Right off the bat the Astros will throw out Framber Valdez and Jake Odorizzi, two pitchers who are coming off long injury stints, so probably won’t be long for these games. Then, a digressing Zack Grienke will round out the series on Sunday.

Greinke is still a crafty veteran in many ways, but this year he has his lowest strikeout rate since 2010 and his highest xFIP since 2016. His game logs are also going in the wrong direction. Four of his first five starts this year resulted in two or fewer earned runs. In his six subsequent starts, he only has one game allowing less than three earned runs.

Unless we see some very questionable Padres lineups this weekend, the Houston staff will be a full fade for me.