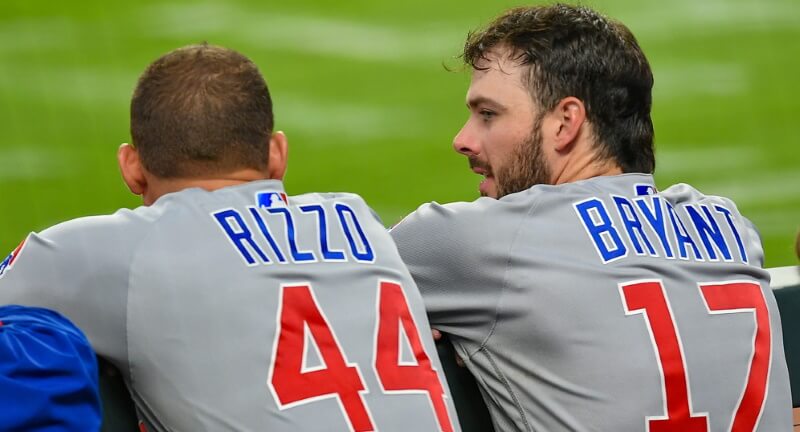 If you’re around the DFS industry enough, you will hear a lot of phrases thrown around to describe the, shall we say, less than ideal plays on a night. You might have heard of the low-order stack, or the “vomit stack” (a less appealing team in a good matchup; trademark @blenderhd),  or the wraparound stack (hitters 8-9-1-2, for example).  Thursday was the perfect example of why those can’t be ignored in MLB DFS. The Red Sox scored 12 runs against the Astros. Great! Except nine of the RBI and six of the hits came from the bottom third of the order. The best stack per dollar on Thursday were the Marlins, led by Jazz Chisholm, Adam Duvall, and Jorge Alfaro! What? Don’t fade the gross plays when you are building your MLB lineups – you wouldn’t have won an evening slate yesterday without them.

We get a massive, full slate on Friday that offers aces, bats, or anything your DFS heart desires. Things continue to look fun on Saturday with a giant matinee slate, leading into some intriguing pitcher vs. lineup matchups Sunday. Let’s look at what might be signal and what might be noise as we build our rosters this weekend.

Chicago Cubs (vs. STL) – Let’s just say that the Cubs – no matter how injured they may be – are not about to face Bob Gibson, Chris Carpenter, and Dizzy Dean this weekend. Unless the names Johan Oviedo, John Gant, and Carlos Martinez keep you up at night, this is a trio that a value stack like the Cubs should be able to mash.

Sure, you’ll be paying up for Kris Bryant and Patrick Babe Ruth Wisdom, but players like Rizzo, Contreras, Pederson, and Happ are all under $3,000 on FanDuel Friday. This is the perfect opportunity to make them a part of your roster.

In fact, this looks like a left-handed stack special all weekend. Against lefties, the numbers for these three pitchers look atrocious. Carlos Martinez has the fifth-worst ERA in the league (7.31), John Gant allows the third-most walks (7.71/9!) and 15th-highest WHIP, and Johan Oviedo allows 1.50 HR/9, which, if he qualified, would be the 10th highest in the majors. It’s a pick your poison weekend for the Cardinals and that means the Cubs stacks are in play.

Cleveland Indians (vs. SEA) – I love finding the little nuances that can make a team like the Indians a great play in the days to come. Against an underwhelming Mariners’ pitching staff, there may be an under-the-radar advantage that should point us to the Indians even if you’ve never heard of any of them beyond Jose Ramirez and Eddie Rosario.

The Indians already have the 10th-best strikeout rate as an offense this season at 23.3%. The Mariners, on the other hand, allow the league’s sixth-lowest strikeout rate. So when we combine these two opposing factors, we get a series where the Indians are going to make a lot of contact. Against this Mariners’ squad, that should mean some VERY good things.

Seattle allows the fourth-highest HardHit% (41.5%), the ninth-highest barrel rate (8.7%), and the second-highest average exit velocity (90.0 mph) this season. If the Indians are expected to make a lot of contact, it looks likely it is going to be high-quality contact, which makes them a strong stack all weekend.

New York Mets (vs. SDP) – The Mets are going to squeak out a win on Friday because Jacob DeGrom is apparently not going to give up another run for the rest of the season. But this first game of the series has pitcher’s duel written all over it, which will just be the beginning of the offensive woes for the Metropolitans this weekend.

New York will get the double whammy this weekend, facing Blake Snell, Joe Musgrove, and Chris Paddack in Citi Field, ranked 25th for offense this year. Even with no Yu Darvish on the docket, this is still a formidable task for the Mets. The Padres’ pitching staff ranks top ten in SIERA, FIP, K/9, BB/9, and the least amount of hard contact induced.

An outstanding 128 wRC+ for their offense the last seven days has only served to raise the Mets to just 15th best wRC+ in the majors at 98, just a tick below the major league average. Don’t forget, New York still must regularly play guys like Kevin Pillar, Billy McKinney, and Mason Williams right now. Wherefore art thou, Brandon Nimmo, Jeff McNeill, and Michael Conforto? This is the weekend for a Mets fade.

Atlanta Braves (@ MIA) – This may seem sacrilege for an offense that features the likes of Acuna, Freeman, Albies, Riley and Co. and ranks seventh in wRC+ this year, but I think this is more a pick-the-right-spot for the Braves this weekend rather than a blind stack every day.

Saturday looks like the day to roster the Braves against Zach Thompson with his one career start and his 6.60 ERA in AAA this season. But caution is advised when they get Sandy Alcantara and Pablo Lopez on the bookends. The Marlins surprisingly have three pitchers in the top-35 in ERA this season (including Trevor Rogers), but Lopez and Alcantara are getting elite results with different paths.

Lopez allows the fifth-highest rate of soft contact this season, and combined with a fly ball rate under 30%, opponents just can’t barrel up the ball. Alcantara just makes opposing batters go groundhog hunting all day, serving up an elite 53.7% ground ball rate (seventh-best among starters) and the seventh-lowest line drive rate (16.7%). This is fascinating series to watch, but with the Braves moved out of their home park, I’m saying advantage Miami pitchers.

None of these are who Minnesota should fear most. The Twins have to deal with a suddenly intimidating trio of Jose Urquidy, Luis Garcia, and Framber Valdez this weekend, which will likely lead to three days of fades for me. Who are these guys exactly? Well from a macro perspective, we can look at them compared to the rest of the league. The average wOBA allowed by major league pitching this year is .310. Valdez (.223), Garcia (.269), and Urquidy (.299) all fall well below that mark and all have an xERA below 3.50.

Minnesota is an offense that I want to like, but are dealing with their own injuries right now. They only rank 15th in OPS and 20th in wRC+ at home this year. But with Byron Buxton on the cusp of returning and the Twins destroying Aroldis Chapman’s soul on Thursday, is that enough to provide a little spark? Maybe, but they are going to need a couple full-blown fires matching up against this Houston staff.

Arizona Diamondbacks (vs. LAA) – I imagine when Arizona started the season, they didn’t expect that in June they would be relying on Merrill Kelly, Caleb Smith, and Jon Duplantier to win games, but here we are. With Zac Gallen, Madison Bumgarner, and Luke Weaver all on the IL, it’s all hands on deck for the pitching staff which should mean good things for the Angels this weekend.

Even without that Mike Trout guy, the Angels remain top ten in the league in ISO, slugging percentage, and wOBA. Maybe you’ve heard of this Shohei Ohtani? He can apparently hit a little bit, and righties Kelly and Duplanier should only serve as his personal launching pads in the desert this weekend.

But it’s not just Ohtani and the Heavenly Scrubs these days. The Angels are top ten in barrel rate, with players like Justin Upton and Jared Walsh both ranking in the top 40 hitters overall in barrels per batted ball event. Humidor be damned, Chase Field is still top ten in park factor which should lead to runs galore the next three days.