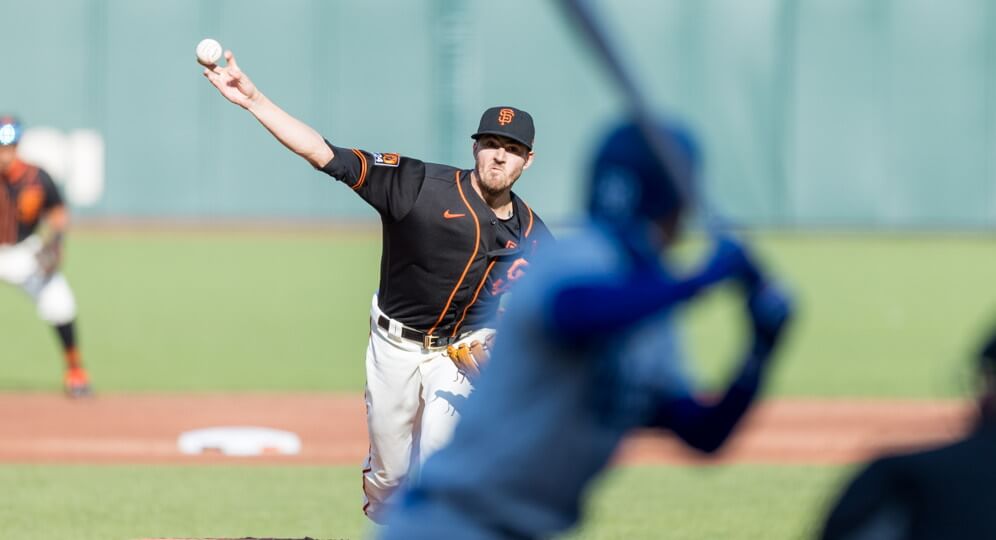 Things are starting to look very dicey in the MLB DFS streets these days. We’ve got COVID outbreaks, superstar pitchers on the shelf, rainouts all over the place, Orioles stacks winning tournaments, dogs and cats living together. Mass hysteria! In a typical MLB year, we would have about six weeks left of “normal” DFS before we enter the Upside Down when rosters expand, guys are getting pulled halfway through games, and you’re lucky to roster two pitchers who even qualify for a win. But this year has been one of the Stranger Things I have seen in my years playing fantasy. This is the time, however, when we as DFS grinders embrace the volatility to gain the edge on our opponents. Put in those extra minutes of research. Don’t be afraid of the unknown. And go get started on your Trey Amburgey research…

We are back with our first full week since the All-Star` break and we kick off with question marks galore on Monday. How will Yu Darvish and Kevin Gausman look after long layoffs? Can the Nationals keep up their hot pace in Miami? Are Griffin Jax and J.C. Mejia actual MLB players? Let’s look at what might be signal and what might be noise as we build our rosters and try to differentiate our rosters this week.

What?! Your season-long league is not using Fantrax? Inconceivable! Check out everything Fantrax has to offer and I’m sure you’ll come around to our way of thinking.

Detroit Tigers (vs. TEX) – I saw at least one screenshot on Sunday from an MLB DFS player who won a hefty sum of money using the Tigers as part of their winning stack. They are a perfect example of a team that will never cost a lot of money, has pieces that can fit well around other stacks, and will allow you to pay up for the Corbin Burnes’ and Carlos Rodon’s of the world.

It may not feel great locking in the likes of Jonathan Schoop, Akil Baddoo, and Jeimer Candelario when you build a team, they are just examples of the type of lower-priced production you can get, especially in pitching matchups they can exploit. Over the last month, the Tigers have been seeing a lot of those matchups, and have been taking advantage. In the last 30 days, they rank 16th in MLB in wOBA (22nd on the season) and 17th in wOBA (23rd on the season). They also have the seventh-best BB% in that time and the fourth-most stolen bases.

The Texas Ranger pitchers have been – how shall we say it? – not quite as successful the past month. They are bottom 10 in HR/9, K/9, WAR, HardHit%, xFIP, and HR/FB in that time. Basically it has been Kyle Gibson and pray for rain for the last several weeks. Gibson will toe the rubber on Monday so I won’t blame you for avoiding that one, but don’t fear the Tiger stacks the rest of the week against Dane Dunning, Jordan Lyles, and Wes Benjamin.

San Francisco Giants (@ LAD) – We all kind of chuckled at the Giants’ success early in the 2021 season, looking at the hot starts from guys like Evan Longoria, Buster Posey, and Brandon Crawford and dismissing them. We gave them all a little cheek-pinch and said “isn’t that so cute? Those pesky Giants are overperforming.” Well, we are now approaching two-thirds of the season being over and those cute little Giants are still sitting in first place with one of the best offenses and pitching staffs in the league.

This week, however, might be the time to give the offense a fade.

Despite the Dodgers pitching staff looking more dysfunctional than a taping of the Jerry Springer Show, they still have plenty of weapons to deploy at their opponents. We know Walker Buehler and Julio Urias are close to elite, but even Tony Gonsolin has been lights-out in his limited action. Limited to just seven games due to injury, Gonsolin has a career-best 2.13 and 11.01 K/9 in his 25 innings this year. His rest of season projections at Fangraphs have him hovering around 10 K/9 and a 4.30 ERA with only 3.5 BB/9.

It’s this control of the Dodger pitchers that should give the Giants the most trouble. With players like Mike Yastrzemski, Darin Ruf, and Crawford leading the way, San Francisco has eight players with an OBP of at least .340. As a team, they rank sixth in the majors in OBP and fourth in BB%. The Dodgers, though, are top-12 in MLB at preventing walks and carry the league’s best fourth-best K/BB ratio into this series. Without a healthy dose of free passes to first, the Giants should have some trouble scoring against a strong trio of Dodger pitchers.

San Francisco Giants (@ LAD) – I guess I should just pound the unders on some wagers for this important NL West series. I see the pitching staffs leading the way here in what should feel like a legitimate playoff series as these teams battle for first place with the Dodgers one game back entering Monday.

For as potent as the Dodger pitchers should be in this series, I can certainly see an outcome where there is just as much impotence with the bats. Mookie Betts is banged up, Gavin Lux left Sunday with an injury, Corey Seager is still out, and Cody Bellinger just can’t get it going yet this season. And that doesn’t even account for the out-of-nowhere dominance from the San Francisco pitching staff this year.

Among all starting staffs in 2021, the Giants rank top 10 in K/BB (sixth), HR/9 (second), WHIP (third), ERA and FIP (both third), and hard contact allowed (fourth). Kevin Gausman has been a top-3 fantasy pitcher this year and returns Monday, while Alex Wood and Anthony DeSclafani both rank top-50 in ERA and WHIP this season. More recently, Logan Webb has been on the ascent. He has improved his ERA, OBP allowed and SLG allowed in every month this season, culminating in a .222/.250/.222 slash line allowed so far in July.

The over/under total for Monday’s game is set right around 8.0 at most sportsbooks and I don’t expect it to get much higher the rest of the series. Fade the bats and embrace the pitchers here. You can find a better stack for the price somewhere else.

New York Mets (@ CIN) – What exactly is the equivalent of the Mets’ pitching staff losing Jacob DeGrom to the IL? The Jackson 5 losing Michael? N’Sync losing Timberlake? If Jacob DeGrom is Freddie Mercury, does that make Robert Stock the new Adam Lambert? I think you get the picture.

Against any team, the trio of Stock, Jared Eickhoff, and Marcus Stroman would be exploitable, but put those three righties in Great American Ballpark for the next three days, and we could be looking at some serious crooked numbers from the Reds’ left-handed stacks.

I don’t think I can recommend players like Jesse Winker, Joey Votto, Tyler Naquin, Tucker Barnhart, and even Shogo Akiyama enough for the next three days (we miss you, Mike Moustakas!). Tyler Naquin at just $2,200 on Monday over at FanDuel might be the best point-per-dollar play all year.

The Reds’ home stadium has been the second-best run environment for left-handed batters the last three years, including a 141 park factor for home runs. This means homers are hit by lefties at a clip 41% higher than league average in that park every year over the last three. Only Yankee Stadium has been friendlier for lefty homers.

I’ve gone ahead and done the heavy lifting for you tomorrow. If you play on FanDuel, slot in Gonsolin at pitcher, and then stack Votto, Winker, Akiyama, and Naquin. Do that and you’ve got $4,275 left per batter. Or essentially four more players at the Fernando Tatis Jr. level. Just send me my cut when you take down a tournament.