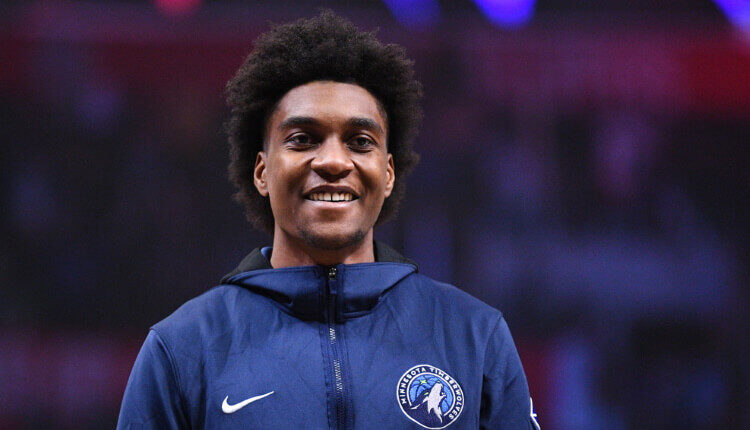 The All-Star Break concluded in style Sunday night but there’s no rest on the fantasy basketball waiver wire! Most leagues remain on week 18 in a two-week setting so we’ll dive into pickups for the week. Cade Cunningham put his mark on the rookie leaderboard earning MVP honors in the rising stars challenge and watch out for the youth movement in the second half of the season as teams out of playoff contention will ride the young talent to see what they have! Jalen Suggs was hot to end the break and is a must-add if available. Here are four other names who are ready to make an impact on your fantasy teams!

I wrote about Justise Winslow a few weeks back as a small winner at the trade deadline. I was half right half wrong because in reality he’s been a HUGE winner and needs more love baby! The Portland Trail Blazers traded away half their team at the deadline making Justise Winslow probably the third most well-known name on the squad which is saying something. It’s the Anfernee Simons and Jusuf Nurkic show in Portland, but Winslow is a must add due the minutes he’ll receive. The veteran has posted 13.2 points, 7.4 rebounds, 3.8 assists, 2.0 steals, 1.0 blocks and 1.2 3PTM over his last five games. The multi-category stuffer makes Winslow a must add.

After trading away Kristaps Porzingis the Dallas Mavericks now own one of the thinnest frontcourts in the NBA. It’s Maxi Kleber, Dwight Powell and Dorian Finney-Smith holding it down in Big D. Kleber took clear advantage setting back-to-back season highs with 19- and 20-point performances before the break. He’ll continue to get minutes and offers the most upside out of the three due to his three-point range. Not to mention averaging 7 rebounds over his last four games and building nice chemistry with Luka Doncic. Great add

Jaden McDaniels was building quite the streak prior to the All-Star break posting at least 30 minutes in three straight games averaging 15.7 points, 5 rebounds, 2 steals and 1.3 blocks per game. Not too shabby baby. The key is McDaniels has severely outplayed fellow forward Jarred Vanderbilt so the minutes should be there going forward for the 21-year-old. Add away

Another player enjoying success in his new threads is Donte DiVincenzo. DiVincenzo has already seen his minutes increase from 20 per game in Milwaukee to 28 over his last two in Sacramento. Kings HC Alvin Gentry loves Donte’s versatility and has stated DiVincenzo will be a big part of the Kings roster. DD has at least seven points in five assists in two games with the Kings including a five-steal performance. DD is going to provide some value in California’s Capital. Oh baby.