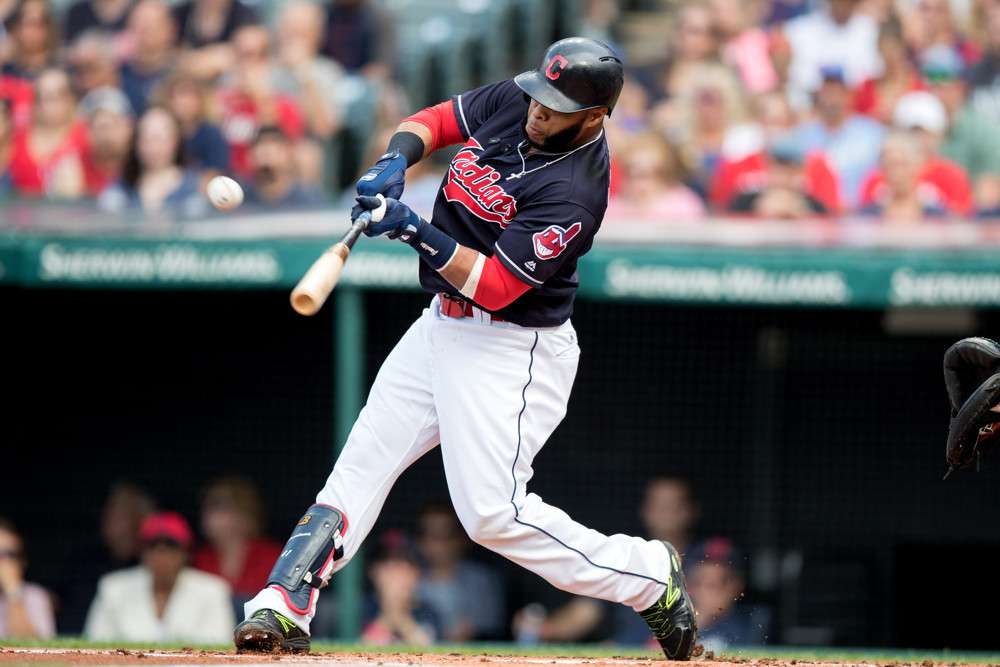 Fantasy baseball rankings can be an awesome but daunting task every winter. There are just so many players and positions to rank it is easy for some information to fall through the cracks. I am always fine tooling my process and working to give you guys the best points league rankings I possibly can. That is why this year, I made a pretty big change in how I do these rankings.

Normally I would start with a long list of players and go position-by-position, player-by-player as I deep dive into them and put them in an order I like. I still did that this season, but first I took ATC projections (created by Ariel Cohen who signed off on it) and turned them into fantasy points for every player. Using the ATC projections turned into fantasy points I was able to start with a list that was now in the order of projected fantasy points. I then did my normal deep dives, adjusted the rankings as I saw fit and put them into tiers. But creating the rankings is just the first step. The next step is teaching how I think they should properly be utilized!

Fantasy players always obsess over rankings. They often will find their favorite fantasy analysts rankings (hopefully me if you’re here!) use them as an end-all-be-all and will draft strictly by whichever name is highest on a list filled with many, many names. If you have been drafting like this in recent years it may pain you to read this but: you are doing it all wrong.

Now, hopefully you didn’t want to punch me through your screen as you read that. I am not saying you should not use rankings like that at all, it is just the deeper you get in drafts, the more you should be working hands on with the rankings. Early on in drafts, rankings can certainly help you decide if you should draft Mike Trout or Ronald Acuna. They can help you decide which starting pitcher you want to nab in the fourth round. But, when you are sitting in the 14th round and struggling to decide if you should draft a second baseman or your sixth starting pitcher, rankings are not the most helpful. But don’t worry, I do not just provide my rankings, I provide you tips to use my rankings in the best way possible!

These are points league rankings, which differ from your traditional Roto rankings. In this I factor walks, doubles, playing time, runs+RBI, since you are rewarded with points for each. Typically you want to target players with a favorable OBP who do not strikeout at a very high clip. Players that have a high strikeout rate take a hit because you lose points for strikeouts. Stolen bases are not nearly as valuable in this format. In Roto stolen bases are literally one of five categories for batters, meaning they are 20 percent of your offensive output. In points leagues they are worth typically two or three points, and you usually are deducted a point or two for a caught stealing. Due to that, stolen base specialists like Adalberto Mondesi and Jonathan Villar are devalued.

My ranking of pitchers is fairly similar in both formats. I admit that pitchers who eat up innings like Kyle Hendricks, Marcus Stroman, and Masahiro Tanaka are more useful in this format, but I tend to target pitchers who offer elite per inning results. These pitchers may not go 180 innings, but they will give you a strikeout per inning with strong ratios. These pitchers will give you more each time they take the mound. Last year I went all in and built my rotations around pitchers like this. This season I am looking to do the same, but will add in a reliable, yet not sexy, pitcher or two along the way.

Unless you are going into a draft with minimal research, the chances are you have done your homework and started to form opinions on players. And the truth is, we are not going to agree on every player. I am very high on Yu Darvish and am totally fine drafting him where I have him ranked. But I understand that many may want to go in another direction. That is fine. You should be looking over these rankings and thinking about what adjustments you want to make to fit how you value players. If your league has any special scoring rules, you should be making adjustments as necessary. I put a lot of hard work into these rankings, but that doesn’t mean there is no work for you to do! Take these rankings and make some adjustments as you see fit.

If you are starting your baseball research by looking over rankings, that is fine. But you should be doing it with an open mind. You may see where I have Darvish ranked and think I am too high. You can think I am high or low on any number of players. Before simply disagreeing or tweeting out that I am dumb (who can blame you for that) doesn’t help you. Instead, take a look at that player and try to find the reasoning of why that player is ranked there. This not only helps deepen your research, but it stops you from simply drafting names. Drafting a player based off namesake rather than the stats they can provide is one of the biggest mistakes fantasy players can make.

Tiers are a very valuable tool if used properly. Rather than doing overall rankings I like to do tiered positional rankings. Why?  Let’s say I have a second baseman ranked 150th and a starting pitcher at 153, you will look at that and interpret it as “I think this second baseman in the 16th round will outscore this pitcher” cause I mean, that is how people use overall rankings. But, if you are debating between those two players and look at the tiers at each position and see that there are three others in the same tier as the second baseman but just one starting pitcher left in that tier, you will know to select the pitcher and wait until the next round to nab a second baseman. The popular advice with tiers is you want to be the one grabbing a player at the end of a tier and not the first. Using tiers is a great way of knowing that there are similarly valued players left on the board and much more effective than overall rankings.

As you are drafting it is your job to know and understand your roster. What I mean by that is, you need to know your strengths and your weaknesses. It is a little different in points leagues since you are not targeting categories, but overall points. But you should still be evaluating your roster as you draft. If you realize that your pitching rotation is made mostly of upside arms, then you should draft a safe yet boring pitcher. If you realize that in the early rounds you took all safe, proven bats, then you can afford to take a risk or two in the middle rounds. Giancarlo Stanton has sky high risk and upside. He is a player I have drafted this season, but I am much more likely to do so if I have a base of hitters made up of Francisco Lindor and J.D. Martinez rather than Fernando Tatis and Austin Meadows.

Know Your Weaknesses and Draft on Need

The last piece of advice I have is to simply know your weaknesses. In a points league that likely means knowing if you are lighter on hitting or pitching. My advice there would be to take some upside shots later in the draft at the positions you are weakest. But bonus tip for Roto leagues: If you know you need some stolen bases and are debating between Dee Gordon and Robinson Cano at MI, do not take Cano simply because he is ranked higher. Know your needs and make your team as strong as possible.

Got a beef with Michael’s points league rankings? Let him hear it in the comments below!