Mendy’s Pitching Streamers for Week of May 29 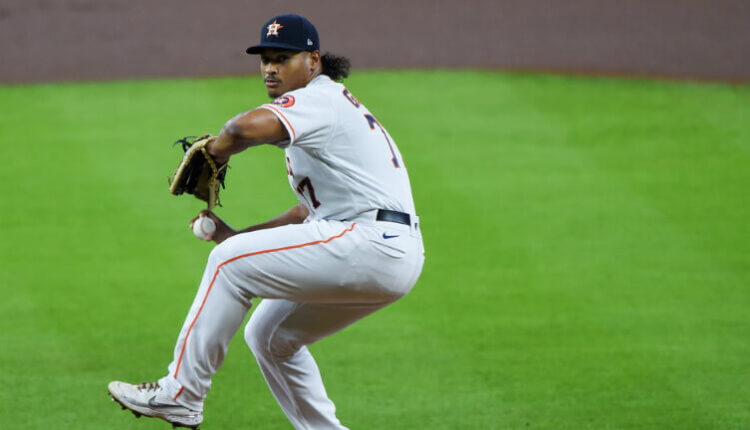 Welcome to David Mendelson’s Weekly Starting Pitcher Streamers for the week of May 29 – June 4.

Just like that, we’re about 30 percent into this Baseball Season. It’s gone fast, hasn’t it? It feels like just last week we were taking our victory laps in the first game of the season that was the Yankees-Blue Jays. While some of those players have continued to produce (ahem Vlad Guerrero Jr.), many have had peaks and valleys in their production.

That becomes the name of the game a lot of times when we stream. We look at the trends of the opposing team’s over recent periods of time, how they’re faring against certain handiness, and of course, how that streaming pitcher is currently performing. Names have been popping out from all over the woodwork and I’m here to try and help you narrow it down to six names for this upcoming week.

Austin Gomber (19% Rostered) Saturday @ PIT  – A few weeks ago, getting “Gombered” was a term that seemed destined for Urban Dictionary as having your starting pitcher get obliterated. Now, it seems like it’s a compliment.

Gomber has quietly over his last 3 starts, gone 19.1 innings with 3 earned runs and 21 K’s, to go along with just 2 walks. His ERA in May is 2.97 and has looked like a completely different pitcher recently. He’s in the middle of a two-step week and now gets to face the lowly Pirates, who have just a .101 ISO and 71 wRC+ against RHP over the last 14 days. Gomber has the potential to go the distance after, throwing 8 incredible innings against the Mets in his last start.

Yusei Kikuchi (43% Rostered) Sunday vs TEX  – I feel like it’s stealing to still call Kikuchi a streamer and get away with it. However, he does still fit the threshold so I’m not going to question it. Yusei goodbye but I say hello to my favorite streamer for Sunday. Going against the Texas Rangers who remain in the bottom 3rd of the league in wRC+ against RHP in May and are hitting .217 as a team over the last two weeks.

You combine that with Yusei and his 25% K percentage and that he hasn’t given up more than 3 earned runs in a start since April 23rd and you have a recipe that’s worth trying.

Luis Garcia (24% Rostered) Monday vs BOS  – Okay Luis, I see you. You go out there against the lethal Los Angeles Dodgers and throw up 6 innings of 2 hit ball with 7 K’s and you have my attention. Mr. Garcia has actually been impressive most of the season, with a 2.93, 1.00 WHIP, and 34 K’s in 26 innings pitched. He’s changed his arsenal some from 2020, as he’s upped his cutter and decreased the use of his changeup and that cutter has been a huge part of his success. Hitters are currently hitting 0.81 against it.

I would normally not recommend streaming against Boston, as they are one of the most talented hitting lineups in the league. However, this is where I believe in the pitcher more than the opponent. You also can roster Garcia for two starts, which doesn’t hurt either. The big problem with Garcia is if he can go deep into games, but I believe he’s going to be a mainstay in that Astros rotation if he keeps pitching this way.

James Kaprielian (30% Rostered) Monday @ SEA – Even though he won’t follow me back on Instagram, I want to talk about Mr. Kaprielian as a second possibility for Monday. While it was a little discouraging that his velocity was down his last start, he showed the maturity of someone who has been pitching in the bigs for years, by pitching more to contact and trusting his defense behind him.

Kaprielian right now has a .188 xBA against and a 1.53 ERA through his first 17 innings. His slider has been absolutely nasty and it has compensated for the decreased fastball velocity he’s had so far this year. Bring on the Mariners who have already been no-hit twice and having just faced Kap last week. Kap dominated that start with 7 scoreless innings and I expect him to once again take advantage of a Mariners offense in the bottom of the league in almost every offensive category.

Tyler Anderson (19% Rostered) Tuesday @ KC – I’m going to be honest, I didn’t think I’d ever recommend Tyler Anderson for a streaming article, but here we are. Anderson gets to go against a Kansas City team that ranks 5th worst in wRC+ over the last 2 weeks and has a .215 team batting average.

Outside of one miserable start against Atlanta, Anderson has actually been decent in May and a serviceable pitcher to look to stream. His groundball rates are back up and his line drive rates are back down from his disastrous 2020 season. While not the strongest streamer, I think Anderson can get you a nice start here.

Pittsburgh is striking out over 25% of the time against RHP in the latter half of this month, while also accumulating bottom 5 wRC+ and ISO numbers. Poteet meanwhile comes in with an overall solid four-pitch mix that is led by his effective fastball-change combo, to keep hitters off balance. I wouldn’t be surprised if this was the last time I was able to write about Poteet here, as he’s looked that locked in so far for the Marlins.