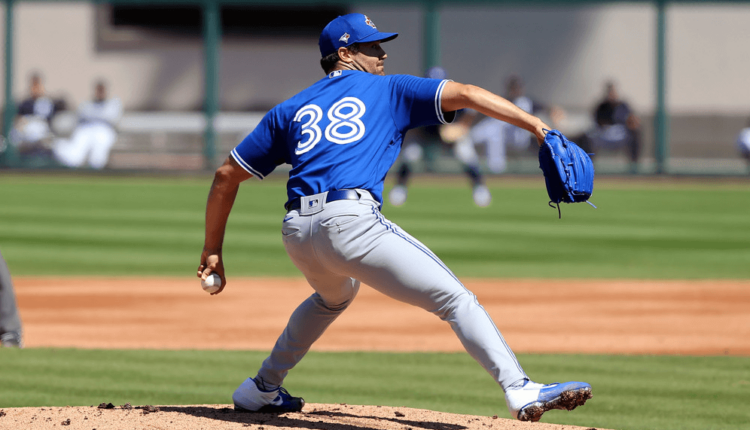 Welcome to David Mendelson’s Weekly Starting Pitcher Streamers for the week of May 2nd – May 7th.

It’s going be MAY! Have you heard that joke enough yet? I know I’ve heard it enough now where Justin Timberlake’s voice is engrained in my head. We’re not here to talk about JT though, we’re here to talk Baseball, specifically streaming.

How did you do your first month? Remember, it’s only 1/6 of the way through the season, and no need to panic yet. Whether it’s injuries, studs looking like duds, or anything in between, remember that stuff will usually correct itself during a season. Strap in and stay on course for the remainder of the full 2021 baseball season. That includes making sure you don’t get discouraged by a bad streamer here or there!

Carlos Martinez (10% Rostered) @ PIT  – Pittsburgh ranks in the bottom 10 in terms of wRC+ (84) & ISO (.143) against RHP since April 15th. Carlos Martinez’s stats may not wow you on the surface, but he has pitched to a combined 13.1 innings of 2 earned run ball between his last two starts. Martinez looks to have turned a corner and I would continue riding the hot hand here.

Jakob Junis (16% Rostered) vs CLE  – Junis, who outside of one clunker against the Rays, has looked like the real deal this year. If you take out his one bad start, you have a pitcher who’s pitched 18.1 innings with 14 H, 4 ER, 4 BB, and 24 K’s. 9 of those K’s came in his last start. You have a COLD team vs a HOT pitcher and I like the chances of Junis in this one.

Nick Pivetta (12% Rostered) vs DET – I totally understand if you want to fade this pick because Nick Pivetta is a shell of empty promises. He’s teased us for years and his most recent outing could be him drawing us back in again. His numbers right now on the season look great, but what could be behind the breakout might lay in his increased use of the slider. He’s upped the usage of it to now his second-most used pitch and the result has been a .156 BA so far against. Detroit are also not world beaters with the bat this year and I think you can ride the dangerous Pivetta wave one more start here.

Robbie Ray (31% Rostered) @ OAK – One of the interesting stories in the early going has been the rebirth of Robbie Ray. While the shiny 2.78 ERA in April is nice, it’s his last two starts of 0 walks that has my attention. Ray has long had the stuff, but never been able to control it, as his walk rates prevented him from going deep into games and being consistent. Well, if he keeps pounding the zone like he has and getting the rate of whiffs that he has been, we may have struck gold with Ray. Start comfortably for this matchup against the A’s.

Taijuan Walker (36% Rostered) @ STL  – Saint Louis ranks in the bottom third of the league in terms of strikeout percentage (27.1%) and batting average (.217) over the last two weeks against RHP. Taijuan Walker is having better success this season with a 4-seam fastball that has an extra tick of velocity to it. It’s been so good that opposing batters have hit .143 against it so far. With Saint Louis a middle-of-the-pack team in terms of offense, I think Walker gets to them here and gives you 5-6 quality innings.

David Peterson (6% Rostered) vs ARI – Arizona has an offense that is hot for their standards right now. They rank in the top 10 of many offensive categories over the last 7 days. However, they just lost Kole Calhoun to an injury, Ketel Marte, still isn’t back, and what happens with middling offenses like Arizona is it will ride peaks and valleys. I’m expecting by next Friday for them to go back to league average. That will be great for David Peterson, who has looked good in 2/4 starts, with one blow up not being entirely his fault with the awful defense behind him. I’d feel comfortable playing him in this spot.