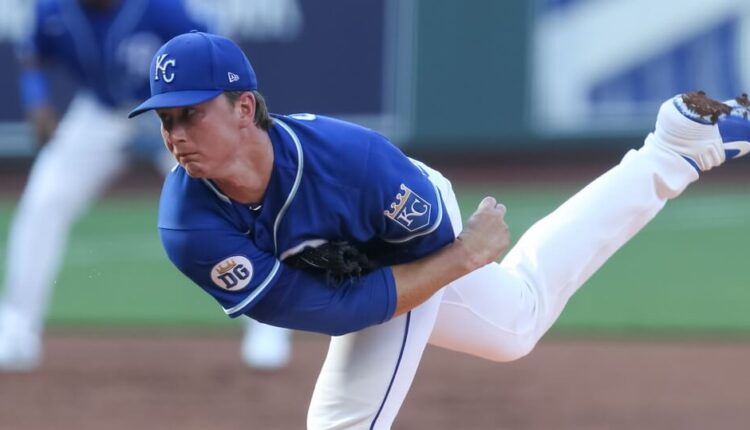 We’re closing on the first month of the MLB coming to a close. 1/6 of the MLB season in the books. How are your teams doing so far? Are you hitting on any breakouts? There are definitely at least a couple of players I KNOW you’re having FOMO (Fear of missing out) and that’s okay. It’s the best part of fantasy baseball. To start seeing the results from the entire offseason of analyzing data and be able to use it to make us even better going forward. The same goes for streaming as well!

Brady Singer (20.6% Rostered) @ DET – Facing the Tigers is never a bad bet in terms of streaming. Add in the fact that they’re striking out over 25% of the time at home against RHP and it looks even better. Moving on to Singer, after allowing 5 runs in his first start, Singer has only allowed 1 over his last 11 innings pitched, to go with a 12:3 K:BB. He also is coming off of his best outing in 2021 when he limited the Blue Jays to just two hits in six innings, with three walks and six strikeouts. In that start, only two baserunners reached scoring position with no one reaching third base. He looks to be the top streaming option on the Saturday slate.

Danny Duffy (48.1% Rostered) @ DET  – Why don’t we pick on the Tigers again! I promise it won’t be just an article of pitchers against Detroit. This is more what Duffy has been doing lately, as his 2 mph increased velocity on his fastball has made him look like a totally new pitcher. If the velocity continues to hold, this could be a career year for Duffy. Duffy turned in another early-season gem Monday against the Rays allowing two unearned runs on four hits in six innings, striking out eight with two walks. Duffy has come shown up in 2021 on fire with three straight quality starts, in which he’s accumulated a 0.50 ERA and 19:6 K:BB through 18 innings. Start with confidence.

Anthony Desclafani (39.5% Rostered) vs COL  – Tony Disco has his roster percentage rising, but still qualifies for this article. This could be the last time he’s here for a while as the Giants seem to be working their magic on yet another pitcher, as I would expect that magic to carry over into this start at home against the Rockies. The Rockies are another team that is great to target for opposing pitchers when Colorado is on the road. They are striking out nearly 30% of the time against RHP on the road, with a major league-worst 0.56 ISO and 46 wRC+. DeSclafani should be able to improve his 2.14 ERA, 1.19 WHIP, and 21:6 K:BB so far this season.

Austin Gomber (3.8% Rostered) @ SF –  An early-season surprise to say the least right? Who would’ve thought against the gauntlet of competition that Gomber has faced, he’d leave with a 3.38 ERA and 1.17 WHIP across 21.1 innings through his first four starts. Enter the San Francisco Giants, who are hitting .179 with the 6th worst wRC+ at home vs LHP. Gomber has shown improved control recently, only allowing two walks for the second consecutive start. You combine that with the fact he’s gone at least 6 innings in each of his last 3 outings and it makes for a good-looking streamer.

Dylan Cease (16.5% Rostered) vs DET – If you think I’m hopping off this train, you’re sadly mistaken. We’re still very much at the forefront of conducting it. Now I won’t sugar coat this; Cease has not been very good so far this season. He’s pitched exactly 4.2 innings in each of his first three starts of the season and his numbers haven’t been very good. The righty has a 15:9 K:BB with a 3.86 ERA through 14 innings this year. The most frustrating part is the stuff is still there, but the control has looked as bad as it was last year. He has a great chance to qualify for the win against Detroit here at home and SHOULD be a great play for the day.

Jake Odorizzi (19.9% Rostered) vs SEA  – While Seattle is in the middle of the pack in most categories against RHP on the road, this is more of a gut call with Odorizzi. Odorizzi has made two starts since joining the rotation, allowing five runs in 3 1/3 innings on April 13 and four runs in 4 1/3 innings on the 18th as of this writing. He showed flashes on the 18th against these same Seattle Mariners where he retired 10 in a row with 7 K’s overall. I think pitchers have the advantage when seeing a team for the second time, and that drives my call for Odorizzi here.

Jon Gray (30.4% Rostered) @ ARI – Gray has allowed 1 earned run in 3 of 4 starts this season, with the exception being 3 against the Dodgers. On the flip side, Gray’s control hasn’t been great, as he’s walked four batters three times in four games. After posting an ugly 6.69 ERA across 39 innings last year, Gray has bounced back with a 2.42 ERA to start the 2021 season. Enter Arizona whose struck out over 25% of the time at home against RHP and still are missing Ketel Marte, Christian Walker, and other thumpers in their lineup. Ride with the King of the Rockies in this start.

Two-Start Pitchers for the Week of April 26: Slim Pickings