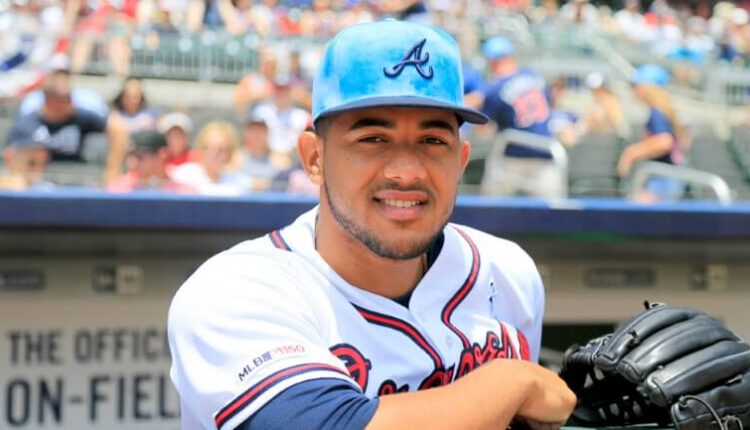 We ready for Week 3 of Mendy’s Pitching Streamers? Out of our 14 streamers so far, eight have delivered us streaming quality pitching, four have blown up in our face, and two have had starts moved since the article was released so they’re invalid. While 66% is not horrible, I hope to continue to have that number rise as the data keeps collecting. Make sure to keep reading each week and make sure to hold me accountable!

Huascar Ynoa (38% Rostered) @ CHC – Boy am I happy I’m writing this before he hits the 50% threshold. He’s gone up 37% in roster percentage since his start. You might remember that 10-strikeout game in which he looked absolutely dominant. Ynoa has actually been solid outside that one start as he currently sports a shiny 0.75 ERA and 15:2 K:BB through 12 innings pitched. His next outing is on the road today against the Cubs. The Cubs currently spot the worst wRC+ (37) and the worst ISO (.097) against RHP in the bigs so far this season. Ynoa has impressed with a fastball that has touched 100 mph and a swing-and-miss slider. I expect those to be big in what should be a great outing for him.

Alex Cobb (11% Rostered) vs MIN  – Cobb was sharp in his last outing, lasting 5 2/3 innings while allowing three runs on four hits and striking out 10 batters — his highest strikeout total in a game since 2014. Cobb has changed his approach so far this year, going the Kevin Gausman route and going heavy split-finger (up 10% usage from last year) and it has made him look far better than his days in Baltimore. Keep an eye on him though as he was fighting a blister at the end of last week. With the highest ground ball rate of his career and career highs in whiff percentages on his split-finger and curve, I’m confident even in a start against Minnesota.

Joe Ross (10,4% Rostered) vs STL  – How many of you forgot about Tyson Ross’ younger brother? He’s looked great to start the year, going 11 innings against two good offenses in the Cardinals and Dodgers without giving up a run. Ross overall in 2021 has only allowed six hits with a 9:3 K:BB. He faces those same Cardinals Monday. The nearly 11% increase in slider usage along with the sharp decrease in fastball usage seems to have created a much better looking Ross and I like him in this start.

Taijuan Walker (26.3% Rostered) @ CHC – Walker didn’t make it long enough for a win his last start, going 4.1 IP with 3 BB and 8 K’s. The walks and K’s elevated his pitch count and didn’t allow him to go deep in the game. The right-hander has looked good to begin his stint in New York due to his career-high whiff rates on his fastball and slider. His sinker hasn’t been great and that’ll be something worth watching. He’ll take a 2.61 ERA and 12:5 K:BB through 12.1 innings into his next start, against those Cubs who like mentioned before, sport the worst wRC+ (37) and the worst ISO (.097) against RHP in the bigs so far this season

Anthony DeSclafani (34.3% Rostered) @ PHI – “Tony Disco” as he’s known as in the Fantasy Baseball Community, was sharp in his last outing, allowing three hits, and a walk while striking out eight over six innings in Sunday’s win over the Rockies. The righty put together another strong performance, fanning eight and only walking one. He also has only allowed 1 run in 11 innings of work so far this season. Philadelphia actually has the 4th worst ISO and 9th worst wRC+ against right-handers, while also being in the top 10 in terms of K% this season. The Giants tend to do great reclamation work with pitchers and DeSclafani looks to be the next guy in line.

JT Brubaker (19.9% Rostered) @ DET  – The right-hander has posted a 1.93 ERA and 1.29 WHIP with 10 strikeouts in 9.1 innings to begin the season. Brubaker is set to take on Detroit who rank in the bottom third of the league in K% against RHP. Brubaker has doubled the use of his four-seamer and decreased the use of his sinker so far this season which seems to have great returns early on. He’s also allowing more than double the league average in soft-contact % and under league average exit velocity.

Casey Mize (32.9% Rostered) vs KC – Mize has looked great to start the season, with 11 innings of 1 run ball and 9 strikeouts to boot. Mize allowed four hits and two walks over seven scoreless in an impressive win over the Astros on Monday striking out five. He struck out five. There is some concern here as Mize only induced six swinging strikes on 89 pitches so the swing and miss stuff is not quite where it needs to be yet. However, the added 2 mph on his fastball could be huge for his success and worth continuing to monitor. Mize could be in a great spot here.