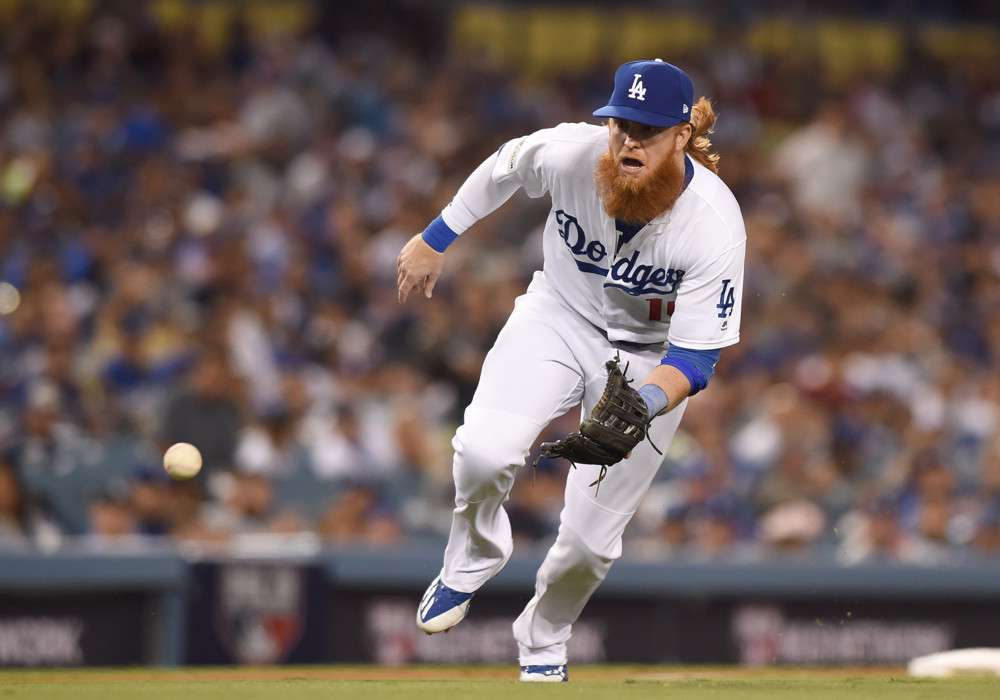 Dr. Mike Tanner has treated patients with orthopedic injuries for over 10 years as a board-certified specialist and physical therapist. He is currently pursuing a Ph.D., educating physical therapy students and conducting research.

The good news is that Turner’s fracture is not serious. Non-displaced means the physician did not have to set the bone, and it may not be a complete break. The bad news is that it is on his left, non-throwing wrist, a significant source of a hitter’s power. I expect Turner to return in 6-7 weeks, but yes, the injury will affect his power. Freddie Freeman had nearly the same injury last year and missed 6 ½ weeks. After he returned, his slugging percentage was down 200 points during the rest of the season. Owners were probably hoping for 20-25 home runs from Turner, but they will have to settle for 14-18 instead.

The most probable benefactor from his injury is not Logan Forsythe, who will pick up time at third base. Instead, it is most likely Cody Bellinger, Matt Kemp, or Yasiel Puig. Turner hit from the three-hole in 2017, and Bellinger likely moves to that spot, with Puig or Kemp batting cleanup. As a Dodgers fan, my guess is that manager Dave Roberts may trust Kemp more than Puig early on.

Estimated Return: May 4th to May 15th

Conforto is playing in minor league games this week and jacked two bombs in a recent game. Medically, he has no restrictions except for playing volume, and Conforto’s focus is on spending time getting his feel for his swing. Surgical repairs of the posterior shoulder capsule (Conforto’s injury) succeed more than 90% of the time. He may start slow, but by June he should be back to his old self with a mild risk for re-injury. No more risk than anyone else with a previous injury.  Get him at a nice discount if you still can.

Forget everything that has been said by the Nats organization or local reporters for a minute. Post-surgical rehabilitation after microfracture surgery is very predictable, controlled, and cautious. Murphy’s rehab progression to date has been textbook. It started with partial weight bearing activities – assisted treadmill work, fielding grounders from his knees, and weight training for his legs. Later, he began static weight bearing drills – hitting off a tee, fielding ground balls hit directly at him without lateral movement, etc. In the coming weeks, he will progress to running the bases, dynamic agility drills, and live BP. The rehab protocols introduce a new activity, evaluate the athlete’s response, and the progress as tolerated. His progression won’t bring him to the majors by mid-April; it just doesn’t work that way, especially with a 33-year-old who is on competing team hoping to make some noise in October.

Nationals GM Mike Rizzo is tight-lipped about injury information, but the shared details are being interpreted a bit too optimistically. Jump on my twitter timeline (@DrMikeTanner) to review my recent chat with a Nats beat writer who confirmed a mid-May or early June return isn’t a surprise to the Nats GM/management if you need further evidence.

What I am about to project is not a hot take or bold prediction. It is pretty dull medically based information. Estimated Return: May 20th to June 10th– if he suffers no setbacks along the way. Each delay could easily tack on another two weeks (each). I love Murphy as a player and own him in my most important dynasty league. However, the current ADP is a bit steep for two-thirds of the stats many believe they are buying.