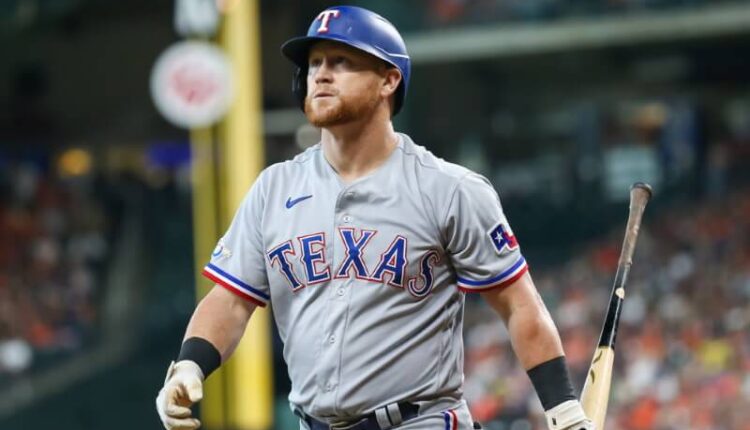 Kole Calhoun has quietly been putting on a power clinic over the past couple of weeks. Since May 15, he’s hit six home runs and has a 1.306 OPS, and 270 wRC+ across 49 plate appearances. He also has 15 runs scored, nine RBI and one stolen base during this span.

For the season, Calhoun’s plate approach is less than ideal. He’s a free swinger making below-average contact while striking out at a 26.4% clip and walking 5.7% of the time. However, the contact Calhoun does make is hard – his 14% barrel rate and 49.5% hard-hit rate both rank in the 90th percentile. Additionally, his .473 SLG sits 60 points lower than his .533 xSLG, meaning more power should be on the way. Take advantage of Calhoun’s power streak while it lasts.

Soler has a lot of swing-and-miss to his game, but he’s no stranger to power. On the season, he has a 13.2% barrel rate and 44.3% hard-hit rate. Additionally, his 117.6 mph maxEV is ranked in the 99th percentile.  Soler can easily pop 30 home runs this season and should be a strong source of RBI as long as he continues to hit third in the order. Buy the Soler power!

Tyrone Taylor has been taking advantage of his recent everyday playing time. Over the past eight games he’s slashing .367/.375/.700 with three home runs, five runs scored and 12 RBI. He also has a .333 ISO and 192 wRC+ over that span. Taylor’s quality of contact metrics are average, but he does have some power and speed to his game – his Steamer600 projection has him with 25 home runs, eight steals and a .239 batting average.  Taylor is bouncing around the order between the 5th and 8th spot, but he’s been productive everywhere. He also secured more playing time with the recent hamstring injury to Hunter Renfroe.  Taylor could be worth a look to see how his production plays out in 12-team leagues and deeper.

Don’t look now, but Kevin Kiermaier has multiple hits in five of his last seven games, with 13 hits in 32 plate appearances – three of which were home runs. Since May 17, Kiermaier has eight runs scored, six RBI, and is slashing .419/.438/.742.  His recent production has moved him to the top of the order, and he’s been leading off in the past five games. Kiermaier is capable of contributing across the board but he tends to be a streaky hitter. Additionally, his plate approach and quality of contact metrics are average at best. There’s no shame in riding the hot hand, just be prepared to move quickly once Kiermaier cools off.

Christopher Morel hit a home run in his first big league at-bat on May 17 and hasn’t looked back since. He has a hit in all but one of his eight games started and is hitting .313/.405/.563 with a .422 wOBA and 171 wRC+ across 37 plate appearances. He’s produced so well that he’s moved up in the order and has batted leadoff in the past three games.

Morel was called up from Double-A and has a little bit of pop and speed to his game, hitting seven home runs and stealing three bases in 122 plate appearances.  He’s had issues making contact since being called up and has an underwhelming 15.2% SwStr%. However, he’s still managing to hit the ball hard when he does make contact (47.8% hard-hit rate). Morel is playing all over the field, looks to have secured playing time, and is hitting at the top of the order. If you’re chasing runs, he’s worth a flier while he continues to hit.

Teoscar Hernandez has spent most of the 2022 season on the IL with an oblique injury. He returned on May 7, but has been ice cold at the plate. Since his return, he’s slashing .109/.136/.172 and has a -20 wRC+ across 66 plate appearances. Hernandez has struggled to elevate the ball, hitting ground balls over 60% of the time and his 6.8% barrel rate over this span pales in comparison to his 13.1% career mark. In general, he looks lost at the plate, chasing balls outside of the zone at a 41.2% clip.

Unluckiness is certainly at play (.200 BABIP), but Hernandez has a strong enough track record to think he can make the necessary adjustments. Also keep in mind that Hernandez essentially missed the first half of the season with injury, and he could still be getting his baseball feet underneath him in general. Hang tight with Hernandez.

Yasmani Grandal has had a brutal start to the season. In 156 plate appearances, he has an ugly 2/6/9/1/.170 stat line and 55 wRC+. However, his plate skills and underlying metrics look good. Grandal has a strong 12.8% walk rate and his 19.2% strikeout rate is four points better than his career mark. Additionally, he’s still hitting the ball hard, is posting an elite 23.5% chase rate and is making a ton of contact in the zone (86.6% Z-Contact%) – all things you want to see from any player.

Grandal continues to hit in the middle of the order and isn’t at any risk of losing playing time. Given that everything looks good under the hood, he should be able to turn things around. If Grandal was dropped by an impatient manager, scoop him up!

Robbie Grossman finished last season with 23 home runs and 20 stolen bases, making him a nice power/speed option in 2022 drafts. However, we’re nearing two months into the season and we’re still waiting for the power and speed to arrive. In 162 plate appearances, Grossman has yet to hit a home run and has two stolen bases. He struggled in May and is slashing .125/.192/.208 over the last seven games.

Grossman has been able to maintain his elite walk rate (13% BB%) and chase rate (22.1% O-Swing%). But he’s striking out at an uncharacteristically high 30.2% clip. Additionally, he’s been unable to hit fastballs (.167 BA/.231 SLG). If he can’t adjust, this could be a problem as 15 of his 23 home runs last season came off fastballs. Despite his struggles, Grossman continues to lead off.  The power and speed combo that he possesses is tough to match on the waiver wire, making Grossman a hold in 15-team leagues and deeper…at least for the next week or two.