RBI on the Cheap: Late Round RBI 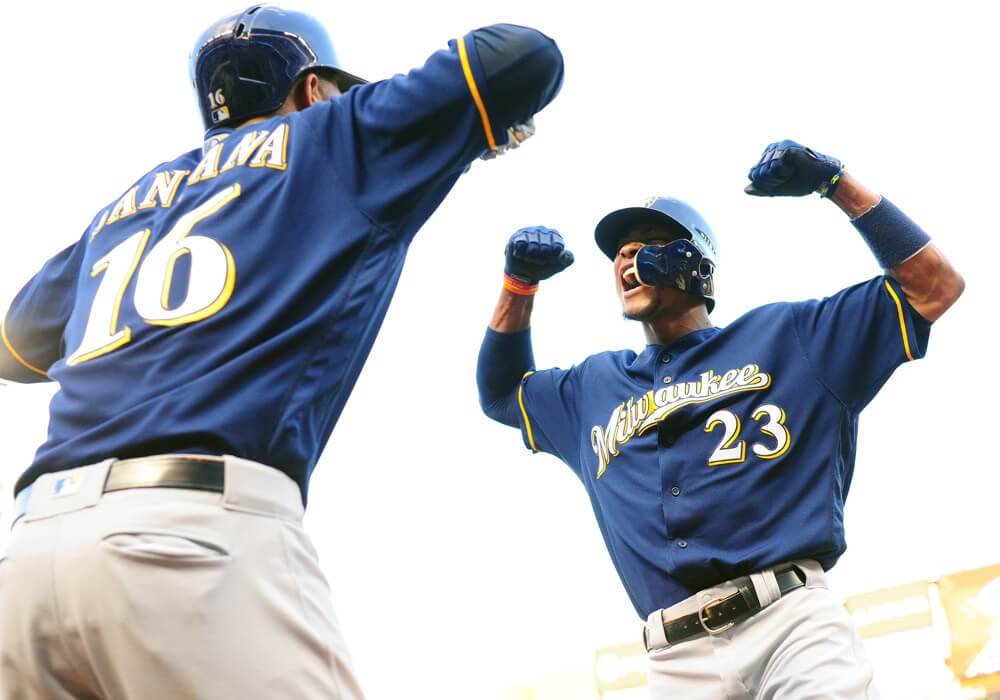 Let’s continue with the category sleeper series, but shift our attention to late round RBI. Some will argue RBI are overrated, while others will tell you there’s a skill involved. A couple of things are certain; you need to be in a good lineup with an opportunity to drive in runs. It also helps to have some pop in your bat. It’s not always about the best hitter as it is the spot in a lineup or simply opportunity. Hitting in the four or five spot is a good way of sniffing out where the RBI may come from. Having said that, six or seven hitters in very good lineups sometimes go unnoticed.

Mike Trout has been held to under 80 RBI in each of his last two seasons, but is that on him or his teammates? I think we know the answer. Trout had 29 home runs and 100 RBI in 2016, compared to just 79 RBI last season, despite hitting 39 home runs. J.D. Martinez led baseball with 130 RBI last season, which shattered his career-high of 104 set in 2017. It was the third time in his career in which he reached 100 RBI. He’s a good bet to make it four in 2019. Martinez is a career .292 hitter and has back-to-back seasons with 40-plus home runs. That helps, but he also has two very good hitters in Mookie Betts and Andrew Benintendi hitting in front of him. It’s not always about where you hit in the lineup, but it helps.

Enough about Martinez and Trout. You’re not getting either unless you have an early pick. So let’s turn our attention to a few late round RBI candidates.

Ian Desmond moved all over the lineup last season, but most of his at-bats came from the six or seven-spot in the order. His 186 plate appearances with men in scoring position last season were the fourth-most. He’s expected to begin 2019 as Colorado’s sixth or seventh hitter and you could argue their lineup is better with the addition of Daniel Murphy. Desmond drove in 88 runs last season and has at least 80 RBI in four of his past five seasons.

This isn’t a Hunter Renfroe or Franmil Reyes debate as both have value and upside. The simple fact is that Renfroe has pop and the Padres improved their lineup this season. Renfroe’s 43 RBI in the second half of the season were the 11th-most in baseball in 2018. The additions of Manny Machado and Ian Kinsler – and soon to be Fernando Tatis Jr. – is much better for Renfroe’s outlook.

Kepler has seen an increase in home runs, runs and on-base percentage in each of his last two seasons. He cut his strikeout rate from 20 percent in 2017 to 15 last year and his walk rate went from 8 percent to 11. The Minnesota Twins may have the most improved lineup in the American League this season, which will benefit Kepler who is projected to hit fifth for them.

Nick Markakis led all batters with 209 plate appearances with men in scoring position last season and he drove in a career-high 93 runs. In fact, nobody has more plate appearances (388) with runners in scoring position over the last two years than Markakis. The Braves decided to bring him back and they also signed Josh Donaldson, which makes the top of their lineup even better. Whether it’s in the four, five or six spot, Markakis – who is a career .288 hitter – will get plenty of RBI opportunities in what may be the best offense in baseball in 2019.

Maikel Franco has hit at least 22 home runs in each of his last three seasons and he’s had RBI totals of 88, 76 and 68 over those three years. The lineup in Philadelphia is much better this season than it was in 2018. He should be able to top 68 RBI while pushing towards 90 thanks to the additions of Bryce Harper, J.T. Realmuto, Andrew McCutchen, and Jean Segura. Franco has hit at least .270 in two of his four seasons and he only struck out 13 percent of the time in 2018. Odubel Herrera should also be in a good spot to drive in runs.

Domingo Santana’s ADP rises with each day that passes as it’s now into the 200’s. He’s one of the better late-round targets out there and the fact he’s hitting .400 with four homers this spring doesn’t help. Well, it does…but it doesn’t help his price tag. Santana is two years removed from 30 home runs and 85 RBI. He also had 15 stolen bases that season with Milwaukee. You need to start thinking of Santana well before his 292 ADP or he’ll be gone. His NFBC ADP is 235.

Ryan McMahon leads spring training with 20 hits and it’s starting to become more clear on who will be the starting second baseman for Colorado on Opening Day. Garrett Hampson will be involved, but it’s hard to ignore McMahon’s slash line through 45 spring at-bats: .444/.490/.844. He’s free on draft day and you should like him for some of the same reasons you’re interested in Desmond.

Tyler O’Neil may not make the starting lineup on Opening Day, but he definitely deserves some attention. O’Neil only has a .191 average and he’s struck out 15 times in 47 spring at-bats, but he has a five home runs. Nobody is questioning the power as he hit 35 homers across AAA and the Majors last season. Nine of his bombs came over 142 plate appearances with St. Louis, but he struck out 40 percent of the time. An injury could open up a few more at-bats for O’Neil, but you have to figure 300 are within reach. Dexter Fowler is going to want to improve on his .180 average from last season.

Yandy Diaz is quietly having a good spring as he has two home runs, nine RBI and seven walks with a 314/.429/.514 slash line. The fact that Brandon Lowe is having a better spring is actually hurting Diaz’s outlook slightly, but the Rays have a lot of moving parts. Lowe could play second, which would move Joey Wendle to third. Diaz can also play third, first or DH, and I’m not completely sold on Avisail Garcia or Ji-Man Choi. This isn’t a must draft and your league may not be deep enough, but keep an eye on Diaz who has hit some cleanup for TB this spring.

Are you on board with Chris’ late rounds runs sleepers? For more great fantasy baseball rankings, strategy, and analysis check out the 2019 FantraxHQ Fantasy Baseball Draft Kit. We’ll be adding more content from now right up until Opening Day!