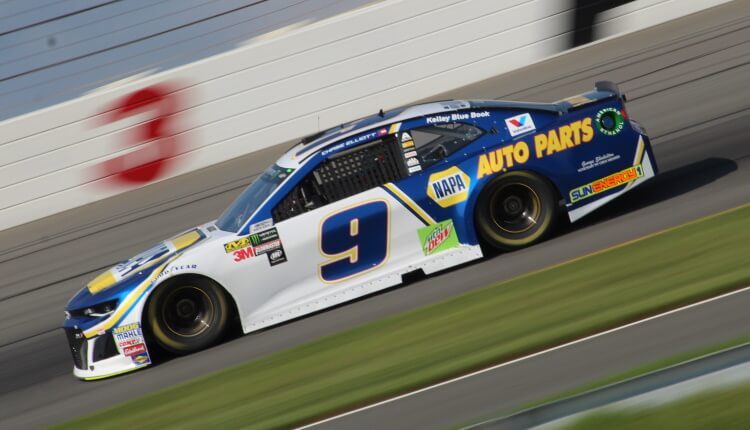 Good day, race fans! I hope your weekend is filled with fun, relaxation, and everyone maintaining the all-important phalanges. Here in Minnesota, we’re enjoying our brief foray into pleasant weather, and next door, Elkhart Lake, Wisconsin, is about to enjoy its brief foray into NASCAR.

Road courses are unique in their schemes and strategies. Now that we have our lineup for this afternoon, we can look at where the values are on the board to win some cash and help pay off the fireworks you put on your credit card.

Chase Elliott will start at the front, becoming the least surprising pole winner of my NASCAR writing career, having shot his way to first with a 134.465-second lap on the circuit. Chase Briscoe begins next to him, losing out by only 0.038 seconds.

Ergo, the chase to catch the Chases is on. (I checked with my dad, and he said that qualifies as a solid Dad Joke.)

Finding that balance between position points and laps led is more difficult on road courses because there are fewer laps to capture those points.

Kevin Harvick did exactly what I said he would have to do to get him in my lineups, starting at 28 with a salary that dropped $1,500 in one week. Ricky Stenhouse at 33 is also a low-cost option to build around, especially considering that last year at Elkhart Lake, he began 38th and ended up 12th.

On FanDuel, William Byron at $9,000 is intriguing while starting at 29. Road courses aren’t his thing by any stretch, but he should move higher than 29th with ease. On DraftKings, Logano & Blaney get to start together at 18 and 19. While team racing isn’t a common strategy for roads, these two near each other often ends up well for them.

Look, I know at $14,000, Elliott seems too high to fit in a lineup. But short of a mechanical (or tire) issue, he should definitely lead a good number of laps and has 4.5-to-1 odds of winning. We can still build solid lineups by fading him, but this is one time where picking the pole-sitter holds plenty of merit.

I’ve created a free DFS contest on FanDuel and a 10-person $2 contest as well. Join in if you plan to watch the race this afternoon and want to play along. If you have any questions or pictures of pretty fireworks, hit me up on Twitter at @thewonkypenguin.

Once again, have a Happy 4th of July! And, as always, good luck!