Keeper League Strategy for the Second Half… and Beyond 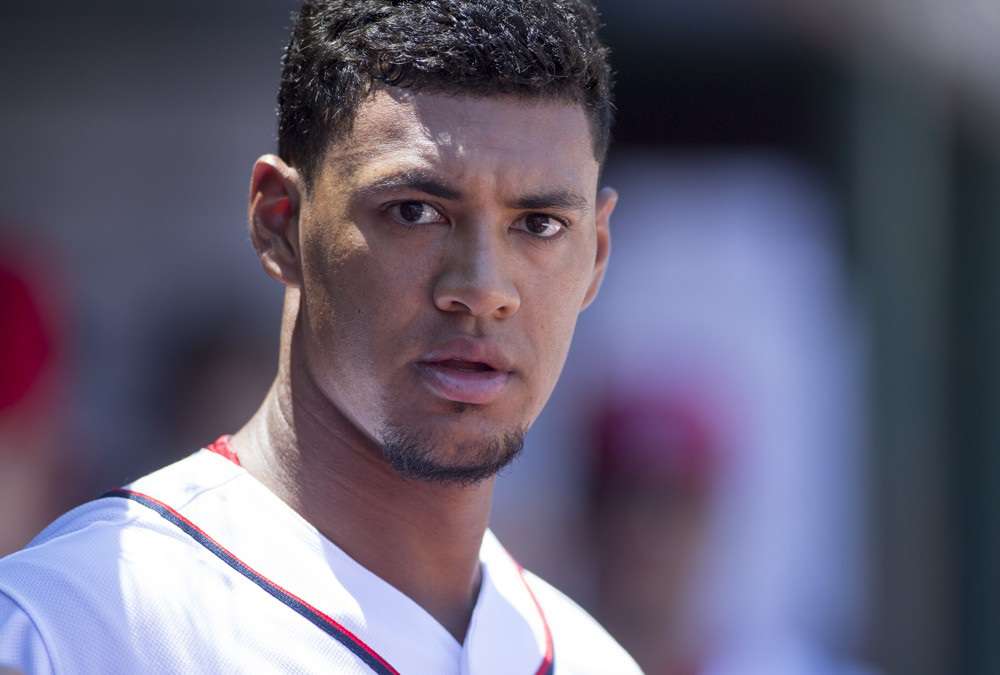 A couple of weeks ago I wrote about some in-season strategies you could use to help your fantasy baseball team get back in contention in redraft leagues. This week’s article is along the same lines, but it deals with Keeper League Strategy for the second half.

In redraft leagues you’re only focused on one thing; winning your league. In keeper leagues, it’s not that simple. You have to balance the goal of winning this year with trying to build a team that can compete in the future.

Keeper leagues also come in many different types. How many players can you keep? Can you keep minor leaguers? Do the players on your roster come with salaries attached? Is it mixed league or mono-league, points or roto? You get the idea.

Because of all these various factors, keeper league strategy is very hard to nail down. I’m going to mention a few specifics, but I can’t tell you what’s gonna work for your league. Instead, the best I can probably hope for is giving you some ideas to think about and incorporate within the context of your league.

Does your keeper league allow you to roster prospects? If so Eric Cross’ Dynasty Dugout is a must read. He breaks down the top prospects in baseball from a fantasy perspective every week.

First, let’s dig into some of the big-picture ideas that apply to most any keeper league.

Where are you in the standings?

If you have a realistic shot at winning this year, you go for it. You take whatever future value you have and you trade it for current value in the categories you need to gain ground in. You might use some of the same strategies I suggested for redraft leagues. Do make sure you really have a chance to win the league though. Odds are if you’re in a quality league, ditching all your low-priced keepers and prospects is going to result in a second division finish next season. Third place is not worth that.

Now here’s where the fun comes in and where keeper leagues really shine. What if you can’t compete this year? You don’t have the keepers to deal for enough elite talent, and the gap is too big to overcome. That’s okay. Rebuilding a team in a keeper league can be almost as much fun as winning the league… almost.

So, the rest of the keeper league strategies we’ll talk about here involve setting your team up for success next season. In a redraft league owners tend to fall by the wayside. You’re in a keeper league though. You need to be more active than ever. Here are some of the steps you need to take.

Last week I talked about fixes for dump trades because they can cause a lot of controversy. Even if your league doesn’t have this rule you need to follow the idea. You want to let the entire league know that you’re playing for next year, and give them time to get offers in. This keeps the league happy because every owner has a fair shot. More importantly for you, it helps make sure you get the best deals possible.

So shop any elite players, players whose contracts are ending, and anybody you don’t plan on keeping. They mean nothing to you. Try to piece them out as opposed to huge packages to one or two owners. Again, this keeps the league happy, but will also usually maximize the value you get in return.

You may think there’s no value on your league’s waiver wire. Especially in NL- or AL-only leagues, things definitely do get thin. Look for middle relievers in shaky bullpens. It’s probably too late to grab Joe Jimenez, but is Victor Arano available? I just picked him up in my 10-team NL keeper league two weeks ago. Are any of the young arms in the Miami and Minnesota bullpens available? The future roles are not really established there.

Basically just go through the list of available players with an eye toward opportunity. Is there a likely scenario where that player could move into a more valuable role.

3. Examine the MLB Free Agent List for this Offseason

Another thing I like to do is take a look at which players will be free agents this offseason. Some players who have very little value right now may get a huge boost with a new gig in 2019. In one of my leagues, Kelvin Herrera is a free agent. He lost value with the trade out of the closer role and he hasn’t been scooped up yet in my NL-only keeper league. You know I’ll be trying to steal him for a few bucks.

Why you ask? Let me explain. Herrera is a free agent after this season. Do you think he’d rather sign with a team to be a setup man or a closer? Yeah, it’s a no-brainer. Unless his performance changes drastically, he’s going to be a closer. Sure, he may sign with an AL team, but I just got a 50/50 shot at a cheap-ass closer for next season. That’s nice because I hate to get in bidding wars for closers in a keeper league.

More often than not though, the real value for Fantasy owners lies not with the potential free agents, but the voids they leave behind.

Check out the closers who will be free agents. Is there an obvious next-in-line? Is that player available on your waiver wire?

Who steps in at short for the Orioles? Who takes over at second base for the Nationals? You get the idea. Scour this list of 2019 free agents and look for value in the hole they will leave. The players you pick up will be hit and miss, but all you’re looking to do is give yourself a chance to “luck” into value on a player nobody else was looking at.

Whether your league lets you bid on DLed players or you have to wait until they are activated, there could be nice value to be had. In my NL keeper league, I’ve already scooped up Drew Smyly and Joe Ross. I’m not counting on anything from them this year, but they could be cheap useful pieces next year. Now, I’m fighting for the title in this league, but I have the roster space to stash these guys. In my AL league, I’ve got Michael Pineda waiting in the wings. Who’s to say he doesn’t come back and offer 160-plus strikeouts next season, or maybe they bring him back as a closer option. Again, I’m just trying to give myself a chance for value.

There’s a long list of pitchers on the DL after Tommy John surgery. Brett Honeywell, A.J. Puk, and Alex Reyes (lat) all have Fantasy ace upside and should be pitching sometime early next season. Are they available in your league?

Travis d’Arnaud is not an All-Star catcher, but he makes for a nice second catcher in NL-only leagues.

Which Positions Should I Target?

Everybody has slightly different ideas about keeper league strategy and which players make for the best keepers.

I already mentioned my aversion to paying high prices for closers. For me, catchers fall into the same category. Many people don’t like to target catchers as keepers because of the high rate of injury. That is the very same reason I don’t like to pay a lot for catchers in my drafts or auctions. Catcher is really the only position where scarcity comes into play these days and prices can get pretty steep when you add in keeper inflation.

So, I’m looking to enter my drafts with at least one of my catcher slots filled and one closer in hand. This helps me avoid some of the bidding wars that can happen in keeper league auctions and allows me to focus my resources on filling the bulk of my roster.

I already mentioned some of the relief pitchers I’m considering. Some of the catchers I’m targeting include Tom Murphy of the Rockies, Chance Sisco of the Orioles, Austin Barnes of the Dodgers, and maybe Elias Diaz of the Pirates. Because my keeper leagues are very deep, I’m not necessarily looking for a star here. I just need a serviceable option that frees me up to spend money/picks on positions with mmore talent.

Of course, I’m not letting a mediocre catcher or a low-level closer stop me from rostering higher upside keepers, but all things considered, I’d like to enter a draft set at those positions.

How old is too old?

Because of the nature of keeper and dynasty leagues, many people tend to devalue veteran players. I find that many times veteran players hold great value. In my opinion, if you’re thinking more than three years ahead, you’re probably thinking too much. Instead of trying to predict when a player’s inevitable slide will begin, just grab the value if it’s there. If you spend $6 on an Evan Longoria and he completely bottoms out, what have you lost?

Writing about keeper league strategy is always tough. There are so many different types of leagues and other variables that influence the strategy we might use. Hopefully, I’ve given you some ideas to look into, and if nothing else spurred you into some action. There is no downtime in keeper leagues. What you do now could be what wins you a championship next year. Get to it!

All this keeper league strategy got you itching for one more league?  Why not head on over to Fantrax and start a keeper league of your own.