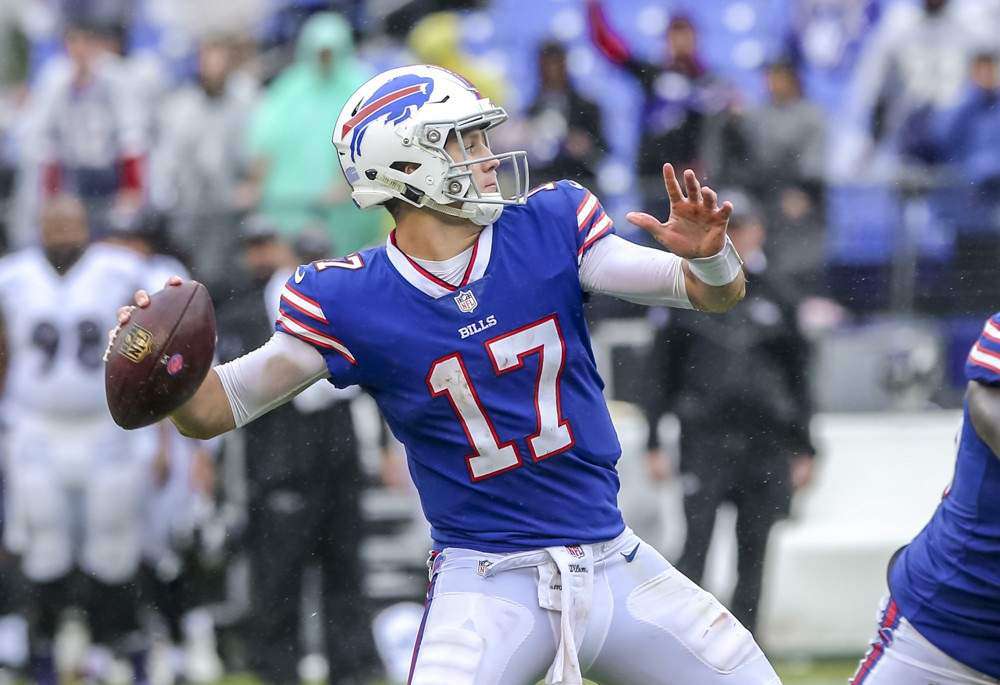 Somewhere today, Mel Kiper is smiling. More than Bills fans, more than Sean McDermott, and even more than LaVonne Allen. It was way back at the beginning of 2018 that Kiper, arguably the most recognizable name of the NFL Draft for his decade’s long analysis, shocked the football world when he revealed his number one quarterback was Josh Allen, then of Wyoming.

It wasn’t a question of Allen’s size and physical attributes or the potential he flashed, but merely the fact that in a class with multiple highly regarded signal-callers, Allen wasn’t nearly as refined as the rest. Was he a first round pick? Sure. Was he a top-10 pick? You could make a case. But no way, no how, should he have been ahead of names like Mayfield, Darnold, Rosen, and Jackson. And yet, there he sat, atop Kiper’s freshly released 2018 Big Board. And the football world was filled with laughter.

What followed was a hard and fast line drawn in the sand regarding Josh Allen. You were either for or against him. There was no tippy-toeing the line. There was no in between. For. Or, against. That’s it. That’s all you get to choose from. I met this reality after seeing and spending a few days with Josh Allen in Mobile, Alabama, during this year’s Senior Bowl week.

Prior to my trip to the Gulf, I was highly critical of Allen, saying he was overrated and overhyped, and that physical attributes alone are not the recipe for success. His inconsistencies, his level of competition, his ‘gunslinger’ mentality, there were many more checks in the ‘cons’ column at the end of the day. So what he didn’t have a great supporting cast. So what he played in unsavory climate conditions. He had bust written all over him, and everyone knew it. Or so we were being led to believe.

And then I got to Mobile. And then Josh Allen walked into the press conference. Here was a guy… scratch that. Here was a kid, walking into a week of intense scrutiny. Squarely in the cross-hairs of millions of eyes, he could either change some minds or further the doubt seemingly already cast. Not only did he have his own performance to worry about, but he was going head-to-head this same week with Baker Mayfield, who just won the Heisman, and is a complete rock star in every sense of the expression.

My takes on Josh Allen have been substantiated by two of the most respected draftniks, and the QB authority. Take a listen if you still don’t believe me that Allen is severely overhyped https://t.co/9v62a3vSOO

But Allen didn’t flinch. Not only didn’t he flinch, he didn’t budge. (I’m not entirely sure if there is a difference between the two, but I figured I’d play it safe and say both). The moral is, Josh Allen impressed. He handled the interviews the way you’d expect the stereotypical QB to handle them. He won his teammates over, which isn’t always an easy thing to do in a three-day window. He stood head and shoulders over his peers, confirming the printed measurements were accurate. And he flashed the arm… and boy can he sling it. It wasn’t that Allen had the type of week that made me see what Kiper did, but he did enough to make me rethink what I had seen from afar, and not up close and personal.

When he was on, it was a thing of beauty. You could envision him winning a league MVP. And when he was off, it was scary. You couldn’t even conceive him holding a clipboard in the CFL. But, of all that, he offered hope. I for sure thought I wasn’t alone in this, and was actually proud to come home and eat crow, as I prepared my notes and report from the week (full video analysis here). I was shocked to learn that in reality, the needle hadn’t flickered an inch. If anything, it appeared that in the majority of minds, Allen actually hurt his prospectus after his Senior Bowl week.

Don’t confuse Josh Allen’s inaccuracy with his inconsistency. It’s a fine line, and he’s both, but when he is accurate he’s not just dropping them in the ballpark, he’s dropping them in a bucket

I lost followers for defending what I saw. I questioned myself. It was a moment in this industry where I had to tune out the background noise and listen to my own convictions. I was part relieved, and part happy for Allen when Buffalo invested the seventh overall pick on him. It was a safe place. The third quarterback taken, going to Siberia of the NFL, where there were little to no expectations out of the gate.

We don’t need to fill in all of the blanks here. You should have a general idea of what has transpired since April. And now, single-handedly, Josh Allen has ended thousands of Survivor Pools in leading the Bills to the biggest upset of the 2018 season. There is no debating that. It may only be Week 3, but going to Minnesota and beating the Vikings without your best all-around player will hold up for the length of the season as the biggest surprise. Heck, it may even go down as the biggest upset of the decade.

I’m happy Mel Kiper is smiling. I’m happy for LaVonne, who is Josh’s mom by the way. But I am most pleased that Josh Allen may just get the last laugh after all. The kid can ball. And I tried to warn you.

How many "told ya so" tweets will we see this week re: Josh Allen?

I’ll leave this week’s additional notes and stats to just my running scrapbook. However, I will elaborate and say if the Brandin Cooks owner in your league doesn’t appreciate his value, see if you can pry him away. He is a WR1 masquerading as a second level producer. It is not his fault! He could be averaging close to 200 yards per contest if it wasn’t for all of the holding and penalties. Sean McVay appreciates this. So does Jared Goff. The Rams brought in Cooks for a reason, he is answering the bell, and the volume and big-play chances will continue to be there. Don’t miss out on them if you have a chance to acquire him.

Also, going back to the NFL Draft. Calvin Ridley was, by and large, considered the BEST WIDE RECEIVER IN THIS CLASS. A precise tactician of the full route tree, his size and production balanced a future stud at the next level. Then, landing spot, and sleeper darlings buried Ridley on ADP charts. Let’s be clear: Ridley is the best WR2 Atlanta has had since Julio Jones. FYI, after a modest start to his career, Julio finished his rookie campaign just shy of 1,000 yards and had 3 separate contests with 2 receiving TDs. What Ridley did in Week 3 was not an apparition. He too can ball.

Lastly, the QB taken after Josh Allen was also in the running for best in class. Even better, Josh Rosen walked into arguably the best landing spot of all the QBs taken this year. A veteran Hall of Fame receiver, an All-Pro Running Back, a solid Defense, and only the traffic cone like presence of Sam Bradford in his way. If you think Allen is worth owning, if you think Sam Darnold and Baker Mayfield show some promise, don’t fool yourself into thinking Rosen too isn’t right there. This class was razor thin to separate, and times should be changing for David Johnson owners.

Fortunately for you, some of DJ’s owners are beyond frustrated, and only saw the tail end of the Cardinals game as it went national, just in time for Rosen to throw a pick to end the game. Take advantage of this. Rosen is better than that. And seriously, what in the world was Steve Wilks thinking, feeding the rookie to the lions like that. God help us all to never have to be in that situation. Good times are coming. (Hopefully for this weekly column, as well). Thanks for stopping by today, and I’ll see you next week.