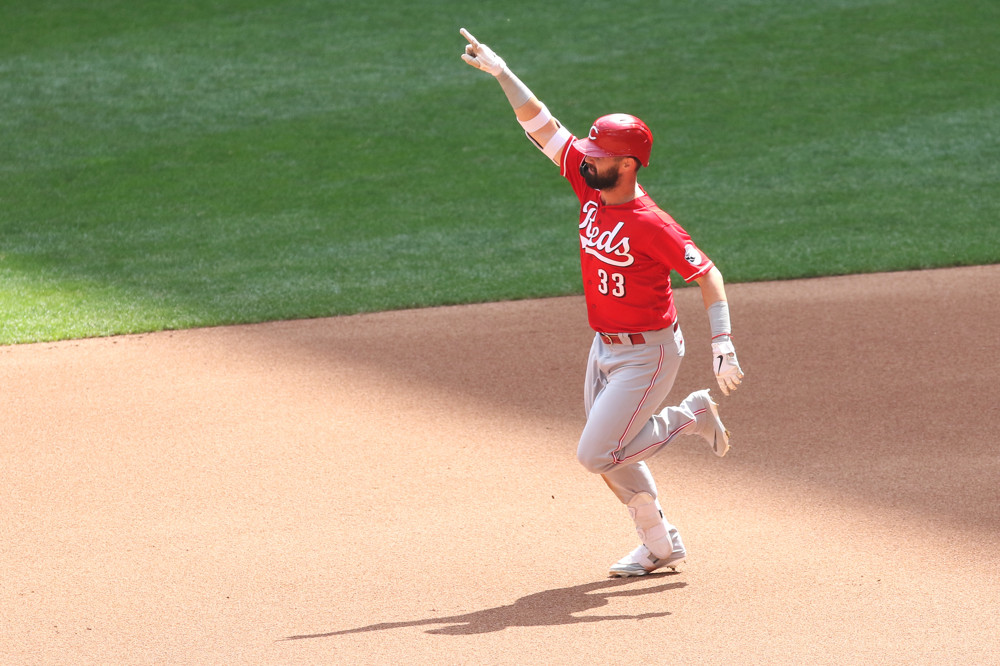 Once a deep sleeper in Jesse Winker, the righty masher, now moves up quite a bit in the early mock drafts. Winker’s prospect profile rates him as having a plus hit tool, and we love seeing that. He also displays above-average on-base skills that help keep his OBP afloat. We dive into his splits against righties and lefties, batted ball profile, plate discipline, and Statcast data to analyze his 2020 season and what to expect in 2021.

Jesse Winker is on fire. pic.twitter.com/FjHV8sa4bZ

Next, let’s look at his walk and strikeout rates. Jesse Winker displayed a high walk rate and low strikeout rate. In his minor league career, Winker had 330 walks and 385 strikeouts through six seasons. Through four seasons in the majors, he averaged a 12.5% walk rate and a 17% strikeout rate. We love seeing the double-digit walk rate since that helps keep the OBP afloat and ranks near some of the best hitters in the league. 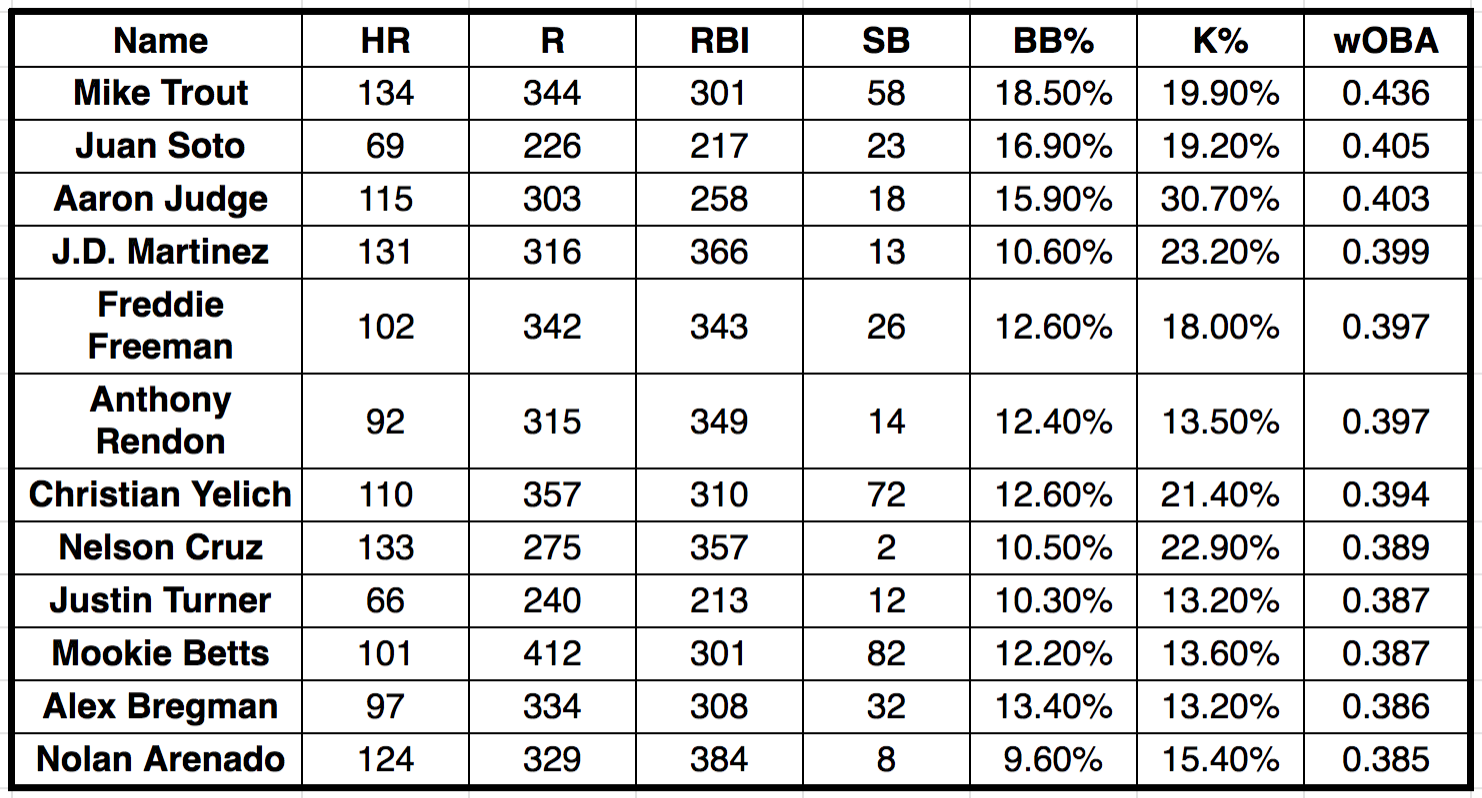 Granted, it’s a smaller sample with Winker since he only reached 1,083 plate appearances in four seasons, but the table above shows the top-12 hitters over the past four seasons sorted by wOBA. Not comparing Winker to these consistently productive hitters, but rather noting that some of the elite hitters display elite plate discipline. For reference, Winker has a career .368 wOBA from 2017-2020 that ranked 30th amongst hitters with a minimum of 1,000 plate appearances. The main difference outside of track record for Jesse Winker, the righty masher, involves his splits against right-handed and left-handed pitchers. Hence the title – Jesse Winker, the righty masher.

The table above shows the splits for Jesse Winker, the righty masher, and we note the batting-average outlier in the shortened 2020 season. When comparing other seasons, Winker never hit above .250 against left-handed pitchers, so that’s promising. Hopefully, Winker continues the production against left-handed pitchers, but it looks like he’s a platoon bat up to this point. 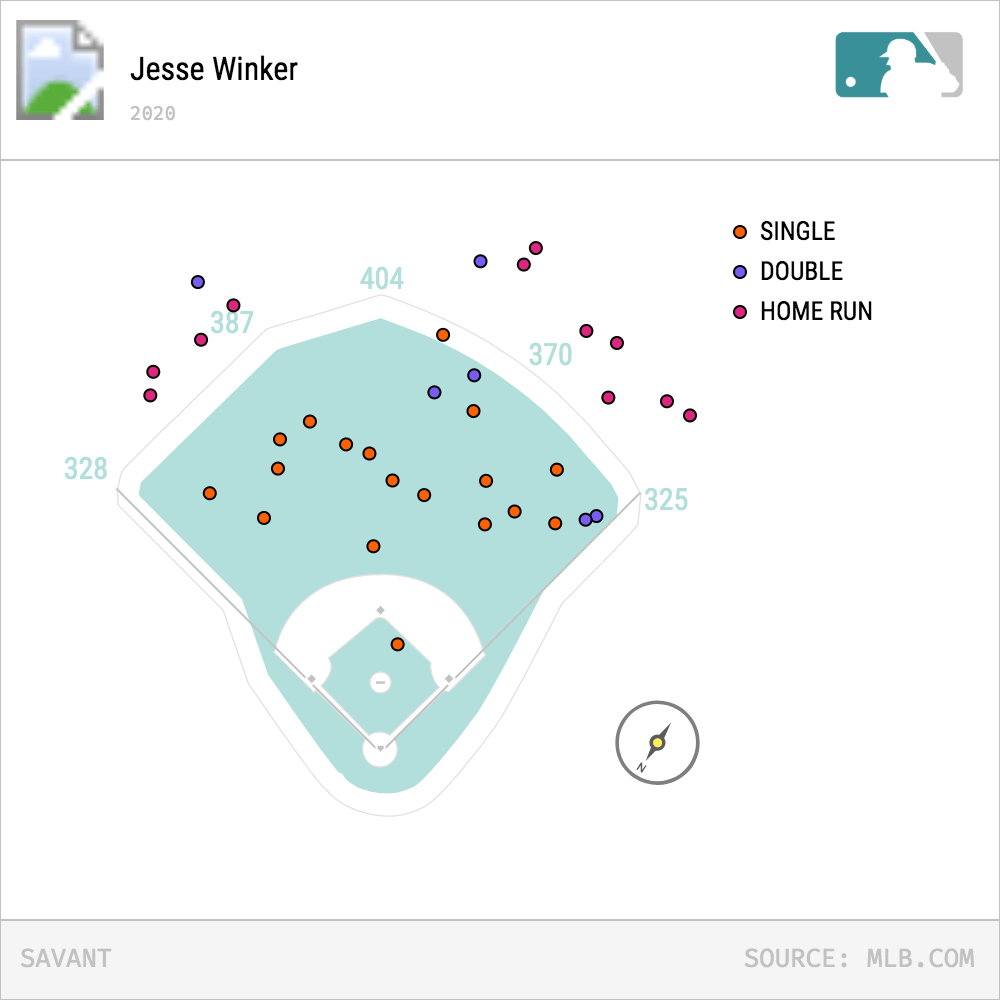 Interestingly, Winker finished with a 46.2% pull rate in 2020 compared to a career 40% pull rate. We mention that here since that could lead to increased power numbers for Jesse Winker, the righty masher. Although the typical power hitter profile involves a high pull rate and high fly ball rate, Winker hit four fewer home runs in 2020 in 48% of the plate appearances in comparison to 2019.

From 2017-2019, Winker’s plate discipline metrics looked similar across the board. However, in 2020, every plate discipline statistic dropped in comparison to 2019 for Jesse Winker, the righty masher. The table below shows the differences and compares Winker’s career plate discipline. In 2020, Winker swung less and made less contact overall, and that possibly contributed to the slightly lower batting average and increased strikeout rate. However, the walk rate also jumped to a career-high paired with the increased power numbers in 2020. 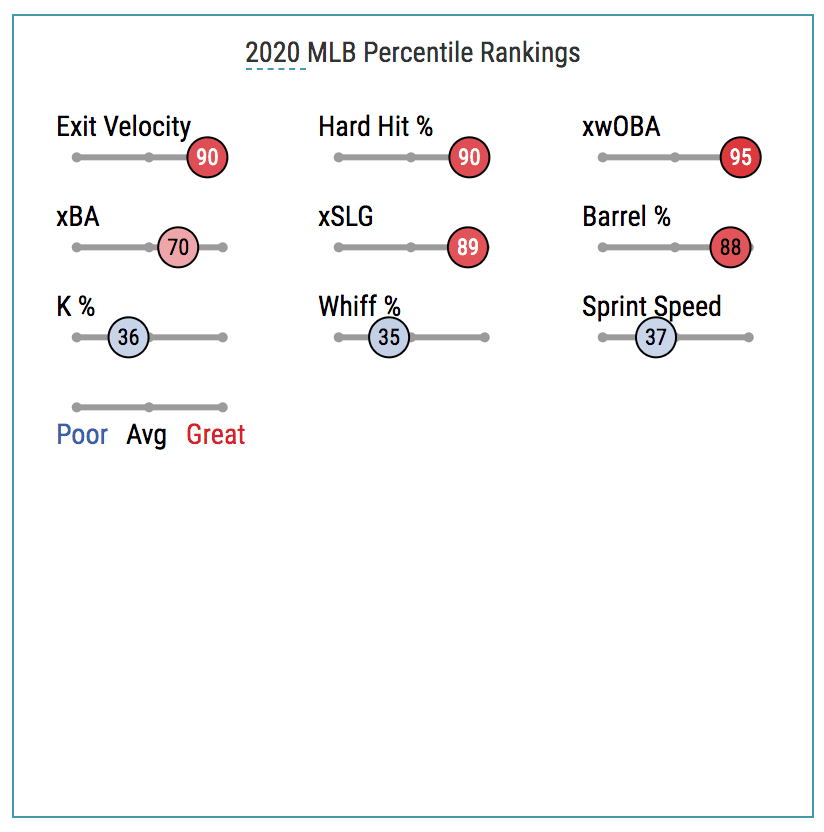 So what’s the 2021 outlook for Jesse Winker, the righty masher? First, let’s start with the concerns involving the lefty and righty splits, playing time, and injuries. According to Roster Resource, Winker doesn’t project to platoon for the Reds but will bat in the bottom third of the lineup. However, in 2020, there were instances where Winker hit higher up in the middle of the order. We mentioned the platoon splits earlier and his continued struggles against left-handed pitchers. Let’s note the playing time and injuries since Winker reached career highs with 113 games played and 384 plate appearances in 2019. The lack of games played and plate appearances are partly due to shoulder and neck injuries in 2018 and 2019.

However, the reasons for optimism include the increased success in 2020 against lefties, legitimate power numbers, and his healthy line drive rate. Although he struggled in his career against lefties, Winker improved in the small sample in 2020. Sometimes with platoon splits, it’s partly due to managers not including players into the lineup when facing lefties. Winker’s best skill is his hit tool, and we see that in the line drive rate and quality batting average, and on-base skills. With that said, hopefully, Winker, the righty masher, continues his power numbers and improvements against left-handed pitchers.

Update: Jesse Winker is still on a tear. pic.twitter.com/xxn8GZVLSF