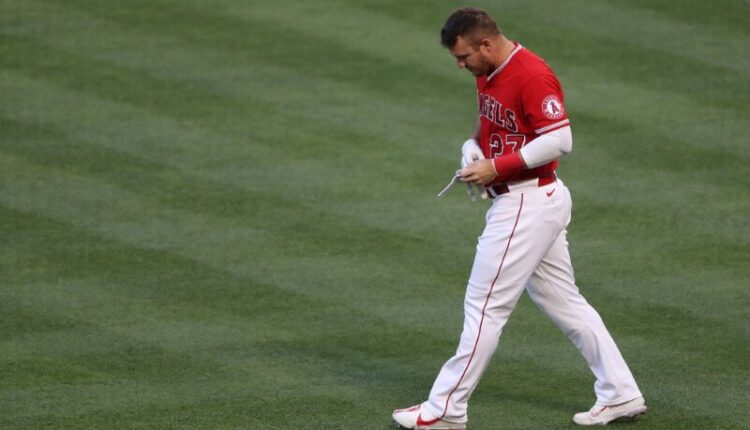 Nic Civale is a Doctor of Physical Therapy and former NCAA Division I Baseball player. He combines his knowledge of anatomy and physiology with that of baseball mechanics to provide expectations for injured players. Utilize The MLB Injury Report to make the most of your fantasy off-season.

Can these stars bounce back from injury?

To me, Mike Trout is still the best baseball player in the world. He’s produced a career stat line per 162 games of 122 runs, 39 home runs, 109 RBI, and 26 stolen bases. This has been accompanied by a slash line of .305, .419, .583- making his career OPS 1.002. In the past four years, however, Trout has played in only 70% of the games available. This has soured the attitude on Trout in the fantasy community, dropping him to a late first-round ADP in re-draft leagues.

In terms of injury projection, the outlook is more optimistic than some might think. Although he has had an injury-riddled last four years, Trout has not missed a beat in his production when he is on the field. In his previous four seasons, his stat line per 162 games has been eerily similar; Trout produced a rate of 125 runs, 48 home runs, 108 runs, and 14 20 stolen bases. His slash line was .303/.442/.630. The production has been unbelievably reliable- when he is on the field. But this means a lot. When a player is repetitively getting injured and returning to play a lesser version of himself, that leads to concern about whether the recovery was full. Trout has left no doubt that his play has not deteriorated.

Additionally, Trout’s injuries have been in different regions of the body; thumb, wrist, foot (nerve injury), and calf. He is not experiencing repetitive injuries in the same region like Alex Bregman and his hamstrings, or Josh Donaldson and his calf. Trusting Mike to stay healthy is a little less scary than players like those two third basemen mentioned before. We also know that this Angels team is dying for a postseason run. They have spent the money to make a splash; now we’re just waiting for them to perform. They have 2 MVPs and many more All-Star caliber players on their roster.

I wouldn’t be surprised to see Trout in the DH role frequently this year to preserve his health. They know that Ohtani can play a satisfactory, if not excellent OF, and they can let their young prospects run around in CF and LF while Trout safely watches with his batting gloves and helmet on. I’m excited to see what the greatest baseball player alive can do this year. If he plays 145+ games, I think he may be back on top as the number 1 rated fantasy player in all formats.

The closest thing to a healthy Mike Trout has been a healthy Ronald Acuña Jr. And he will get back to that level. The ACL tear he suffered has been surgically repaired and he appears to be making strides towards a return as expected. He is taking batting practice, performing light agility drills, and jogging. The one caveat that needs to be acknowledged, is that he is likely to return, initially anyway, as ‘just’ a four-category stud. He will likely be as dominant as ever at the plate upon return. His talent and hands are too good.

But there will be no need for the Braves to hastily push him to return or to ask him to steal a ton of bases. It would actually be considered fairly reckless to ask him to start stealing bases upon his return. As long as drafters and fantasy managers understand Acuña Jr. is more likely to give us around 15 steals vs. 35 this year, I think they will be very happy with the production.

My guess is that Acuña returns sometime in early May. As stated previously, the Atlanta Braves currently have enough fan equity to feel comfortable in not forcing the issue for Acuña’s return. They do not need help selling tickets, and their fans are plenty happy. This is something that we should consider more as fantasy managers. If you can think like a GM, you may get more insight into when a player will return.

I was a massive Sixto Sanchez fan as he came up and essentially dominated the big leagues for a short stint in 2020. Unfortunately, he has encountered many obstacles since then. He will be attempting to overcome a posterior capsule injury in the 2022 season, which was surgically repaired in the summer of 2021. The capsule surrounds the shoulder joint and can be torn when increased stresses are acted upon it.

This could stem from poor throwing mechanics, muscle imbalances, lack of flexibility or stability, or a single traumatic event. Based on the lingering ‘shoulder inflammation’ diagnosis that was placed on Sixto in 2021 spring training, my best guess is that there were some repetitive imbalances and flexibility limitations in the throwing shoulder that eventually lead to the tear.

Shoulder surgeries often come with a strict and important protocol, to follow down to the last detail. This is exactly the type of injury where consistent, and even daily physical therapy would be imperative. Due to the lockout from the owners, Sixto and other players are not allowed to interact with team physical therapists, physicians or even therapists for emotional trauma. Being injured for the third straight season is enough to warrant all three of those disciplines. He may go find his own therapists and doctors, but he’s still a player on a rookie salary; the money is not never-ending.

Additionally, there have been multiple reports on Sixto being less than perfect with his rehab discipline and participation. There are many questions surrounding the young pitcher. I hope he can come out of this offseason with a newfound sense of injury prevention and awareness of his body. But I do not like the chances as much as I would have, had the Miami Marlins medical staff been available to him.

No one is happy about a lockout; or at least, no one will admit it publicly. I, for one, worry most about the players and their health and wellness. As mentioned earlier in this article, players are not allowed to even speak with team medical staff. I included therapists of the emotional support variety in there because dealing with injuries can be traumatic in many ways. When the average person encounters an injury, in most cases, it is not career-threatening. It is annoying, painful, and it may limit your ability to work for the near future. But in most cases, there is a reasonable expectation of return to work. I don’t need to go into depth about how much more physically demanding a major leaguer’s job is than ours, but it is important to consider.

For their entire career (besides 2020 during Covid), they’ve had physical therapists, athletic trainers, and team physicians on-site, and ready to help them. Even with all these resources, players are fighting and clawing to stay on the field. It takes a team effort to maintain a modern baseball player’s body throughout a 162+ game season. If this lockout continues all the way through to the Spring, I would imagine that 2022 will be one of the most injury-riddled years in recent memory. In terms of fantasy baseball, it will be another frustrating year, I imagine. Players will be injured at high rates without the help of their training staff this off-season and spring. Remember to plan accordingly, and have lots of dependable depth.