How Should Dynasty Football Leagues Handle the 2020 NFL Supplemental Draft? 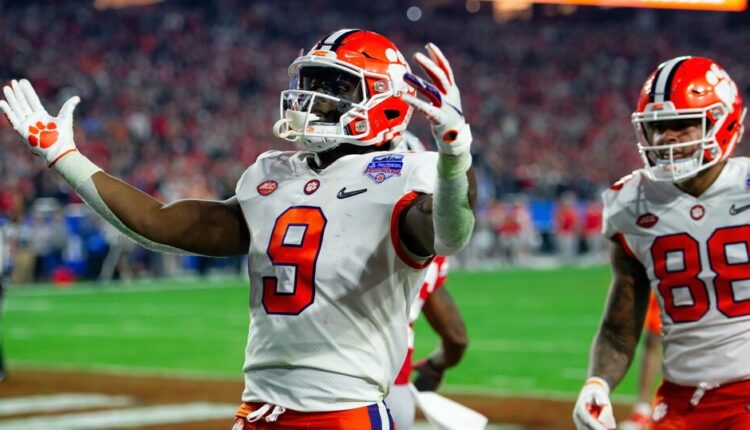 As dynasty football leagues enter rookie draft season, there’s a potential situation for which leagues should prepare. Given the current state of the COVID-19 pandemic and stay-at-home quarantine orders across the globe, there is a distinct possibility that the NCAA could cancel the 2020 college football season. If that occurs, then eligible college players could declare for the 2020 NFL Supplemental Draft scheduled to be held in July. It’s uncertain how the NFL would handle such a situation, as players declaring for the supplemental draft have historically needed to file a petition for the league to approve. But should the NFL decide to allow any eligible players to take part in the supplemental draft, it could be the most talented supplemental draft class in history.

To enter the supplemental draft, a player must be in his final year of college eligibility and at least three years removed from high school. Potential impact players for fantasy such as Travis Etienne and DeVonta Smith surprisingly chose to forgo the 2020 NFL Draft this past spring and return to school for their senior seasons. However, if the NCAA were to cancel the 2020 college football season, that could alter their decision to enter the NFL. For dynasty football leagues holding their rookie drafts in the coming weeks and months, this could pose a potential conundrum. How would dynasty leagues handle such a case?

Due to the rarity of these occurrences, dynasty football leagues have simply added these players to the waiver wire pool in the past, allowing teams to claim them via waiver order or free agent acquisition budget (FAAB) bids. At the time, Gordon was an iffy prospect, and his meteoric rise in dynasty value caught everyone by surprise. But with Etienne and Smith and possibly other college players already projected as potential first-round dynasty rookie picks in 2021, their addition to the waiver wire pool could cause an imbalance to dynasty leagues. It’s likely many teams would bid their entire FAAB budget for these players if they were simply added to the free agent pool, and most teams would unfairly miss out.

So what is the fairest method to dictate which dynasty team gets to add such a player? If dynasty football leagues choose to postpone their rookie drafts until after the NFL’s supplemental draft in July, then there would be no issue. These rookies would simply be added to the pool for the rookie draft. However, many or most dynasty leagues will likely proceed with their scheduled rookie drafts in May or June. For those leagues, here is my proposal.

Fantasy football leagues, and dynasty leagues in particular, are modeled after the NFL. My proposal would be to continue following suit from the NFL and hold a supplemental rookie auction draft to solve this issue. Like NFL teams, dynasty teams would not be required to make any supplemental rookie draft selections. The tricky part is that NFL teams submit blind bids during the supplemental draft, and if multiple teams bid the same round draft pick, then the NFL has a system based on prior year wins and losses to decide which team wins. The league uses a lottery system after grouping NFL teams into one of three categories: playoff teams, non-playoffs teams with more than six regular season wins the previous year, and non-playoff teams with six or fewer regular season wins.

A blind bid format for the rookie supplemental draft run by the commissioner would give him or her an unfair advantage though, so an open auction would be best. But since we don’t know the exact mechanics of the NFL’s lottery system for projecting these future draft spots, we’ll have to make do with our prior year finishes. However, to make it more accessible for dynasty teams who don’t already have projected early 2021 first-round rookie picks, an auction format for the supplemental rookie draft seems to be the fairest route. In the graphic below, I’ve assigned an auction value to each 2021 draft pick as it correlates to a potential 2020 supplemental rookie auction draft.

I ran many more tests on these assigned auction values, but you get the gist. This chart is meant to be used as a guide, and each dynasty league can choose to tweak and adjust these values based on number of teams in the league as well as how many rounds there generally are for their respective rookie drafts. But however you decide to adjust and set these auction dollar values, be sure to make some trial calculations and verify that they make sense.

How is this supplemental rookie auction system more fair? Well, using these auction values, if the last-place team in 2019 still owns their 2021 1st, it would get assigned the $1,000 supplemental rookie auction value assigned to the projected 1.01 rookie pick. But that last-place team would not automatically get to draft Etienne even if he were to declare for the 2020 NFL Supplemental Draft. A separate team owning the 1.05 and 1.12 rookie picks could choose to spend both picks and outbid said team for Etienne or any player of their choosing, and so on and so forth.

However, keep in mind that a team doing so would forfeit those 2021 rookie draft picks. Using this auction draft system, all teams in a dynasty league would have a chance to draft any rookie player entering this year’s supplemental draft assuming they have enough 2021 draft capital. And even if they don’t, there’s always the option of trading for 2021 rookie picks during the 2020 supplemental rookie auction draft for more auction money.

Of course, this is just one proposed solution if high-profile college players end up declaring for the NFL’s supplemental draft. There are probably other viable methods to hold a supplemental rookie draft, and it’s up to each commissioner and each dynasty league to determine what works best for their individual league. And this is all a hypothetical process anyway. In a best-case scenario, scientists and other healthcare workers will devise a solution or vaccine to the coronavirus. Ideally, the NCAA will play its 2020 season, as will the NFL, but it’s good to have a contingency plan for your dynasty football league if either season is postponed or cancelled. In the meantime, I hope you and your friends and family stay safe and healthy.