How Coronavirus Will Impact Your Fantasy Baseball Drafts 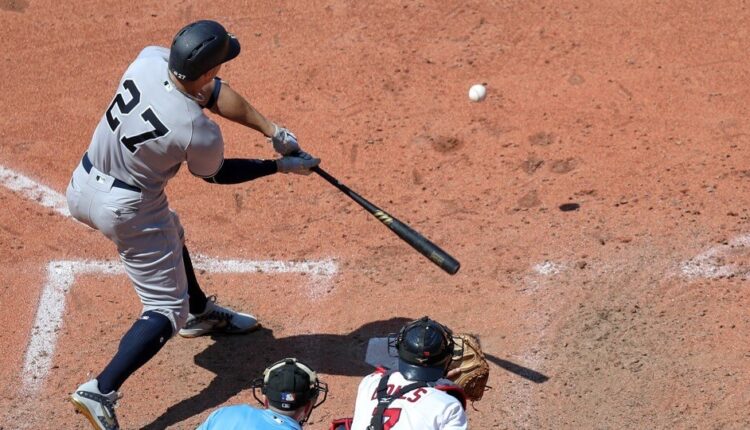 The coronavirus is a very serious crisis and fantasy baseball clearly takes a back seat over peoples health and wellbeing. However, it does affect it and we are in the fantasy sports business, so I wanted to take some time to write about it. Plus, there is a very good chance you are going to be staying at home for a while and will need something to read and entertain you. Hopefully, this helps in that manner.

Coronavirus has forced MLB to suspend spring training and the MLB season will be delayed by at least two weeks. Myself, or anyone really, would be lying to you if they said we know what will happen four weeks from now. Is it possible that this gets under control in the next two weeks, allowing baseball players to play a week or two of spring training, before starting the season on April 9th? Sure, I guess it is possible. But it seems extremely unlikely. Hopefully, no MLB players catch the virus, but if one does, that almost guarantees the season will not start that early. There is a very real chance that we are looking at both a delayed season and a reduced one.

This will greatly impact fantasy drafts and the way you should strategize for them. And for those of you who will be bored at home, the chances are you will jump in an online draft or two, so you should be prepared for them.

How Does Coronavirus Impact Draft Strategies

There are three big ways this impacts fantasy drafts. The first is how you should be handling players that are currently injured and there are a bunch of them. Some big-name players that are currently dealing with an injury include Justin Verlander, Max Scherzer, Mike Clevinger, James Paxton, Carlos Carrasco, Chris Sale, Aaron Judge, Giancarlo Stanton, Michael Conforto, Willie Calhoun, Cole Hamels, and many others. All of those players were questionable for Opening Day and likely would miss the first couple weeks of the season. But the season is now delayed at least two weeks. Even if it starts on April 9 as currently planned, that is an additional two weeks these players will have to recover. That won’t be enough time for someone like Paxton to return, but it could mean that some of these players will not have to miss time.

If the season is pushed back two weeks, or even more, not only does it give these players more time to heal, but it means they will miss fewer games. At the very least, there are two weeks of missed time that is being shaved off. It could end up being a month, two months, who knows. But, these injured players become a lot less risky and you should be looking to buy them in drafts before the ADP catches back up to them. Buying them with the injury discount baked in is just added value.

If the season is reduced, which again we do not know if it will be but it is very much in the realm of possibilities, it impacts those pitchers that are on an inning limit. Pitchers like Lance McCullers Jr., Jesus Luzardo, Julio Urias among others are all on an inning limit this season. The chances are that you should expect 120 innings out of those players in a full season. These pitchers have elite stuff, but their price is reduced because of the inning limit. However, if the season is reduced, say to 120 games, well then 120 innings is a lot easier to swallow.

In a reduced season, you would see innings down across the board, because there are fewer games being played. These pitchers would not have to hit the IL or be shut down to manage their workload if there is already a reduced workload built into the season. Some other pitchers that go later but fit this bill are A.J. Puk, Shohei Ohtani, Josh James, Dylan Cease, Michael Kopech, and Brendan McKay. This can also be tied to pitchers that come with injury risks such as Nate Eovaldi, Garrett Richards, Alex Wood, and Andrew Heaney, because 80 or 100 innings means a lot more in this type of climate. This is another situation where you should jump on these pitchers while they have the discount, of reduced innings in this case, baked into their ADP.

Rookies are often held into the minor leagues due to the Super 2 deadline. I am not going to pretend to you that I can figure out when that deadline will be in a reduced season. However, I can tell you that the time is figured out by a certain percentage of the season. If there is a reduced season this year the percentage for the Super 2 deadline would remain the same, but the number of games missed would be lessened. It would also reduce the gap in plate appearances between mid-season call ups and players who start the year on the roster. These rookies will also come with a discount in their ADP because the expectation is that they will miss multiple months of the season, but that time would be reduced if the season is, meaning they should get more opportunities than expected.

Again, I hope everyone and their loved ones are okay in this trying time. I hope that this article helped take your mind off the seriousness of everything going on and if you jump into a draft or two, I hope this article helps you win!