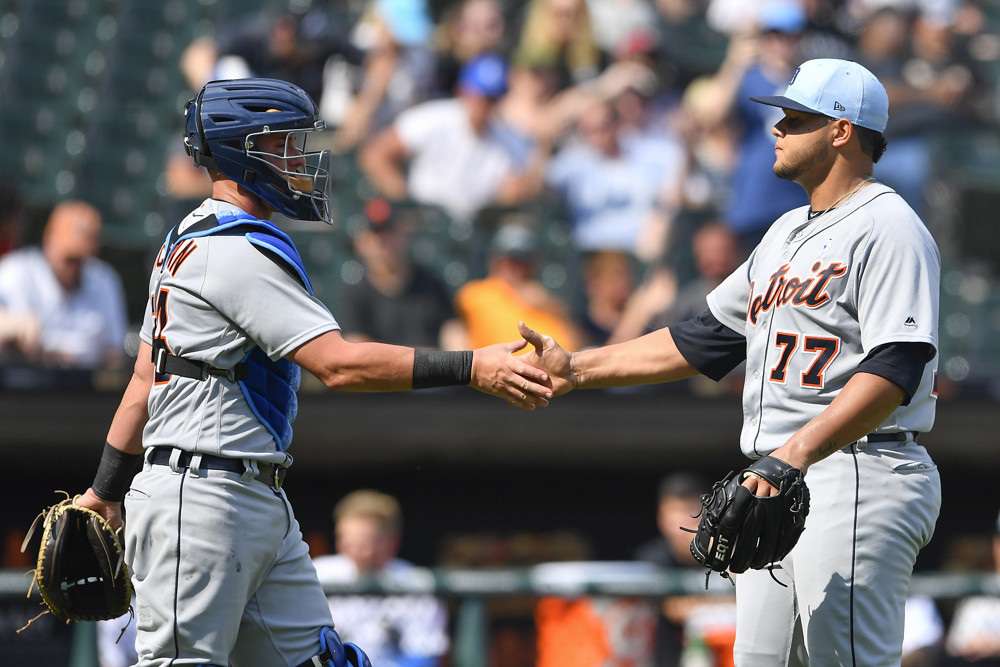 The final piece to my Hitting the Target series focuses on closers. Real-life baseball is changing and teams are moving more towards closer by committee type of bullpens. They are using their best relievers in the spots that matter most to the game. However, for us as fantasy owners the save still truly matters. The distribution of those saves, however, is becoming more even across certain teams. It is a common thought that the best teams produce the most valuable closers but it is becoming more apparent that average to below-average teams can produce massive save totals due to the frequency of close games. Kirby Yates led the league last season for a below 0.500 Padres team.

Once again all target numbers referenced here come from Tanner Bell, the co-author of The Process. He proved Fantrax the numbers from the 15-team Main Event and 12-team Online Championship NFBC leagues.

Hitting the Target: Save Sleepers

For the 12 team leagues last season, the target number was 82 saves overall. The target was 75 for the 15 team leagues. I assume that I will own at least three closers if I want to be competitive so the number I will be looking for is 25 plus saves. Steamer projects 23 players to eclipse this mark and five of those 23 names are going outside of pick 200. Just missing the cutoff is Ian Kennedy who is going at pick 199.

Joe Jimenez (ADP 220.1) has been the closer in waiting in Detroit for at least two seasons. He showed big-time strikeout potential but was destroyed by the home run last season. Detroit proved that bad teams can create valuable fantasy closers in 2019 with Shane Greene. Jimenez could easily be even better if he can get his high homer rate under control. I’m willing to buy in here.

Keone Kela (ADP 224.6) has long been a favorite of mine dating back to his Rangers days. He has quietly been one of the best relievers in baseball that no one knows about. The Pirates are in rough shape but they have every incentive to let him succeed as a closer in order to move him at the deadline. I love these opportunities as rebuilding teams look to sell their closer to the highest bidder. In FAAB leagues you need to be proactive to pick up the backup, Kyle Crick likely in this case, but in draft and holds you can easily draft both for protection.

Mark Melancon (ADP 233.4) was once among the upper tier of relievers in all of baseball. Upon signing a huge deal with the Giants is all started to fall apart. He had a fantastic 2019 season and was a massive part of the Braves bullpen in their playoff push. The issue for me is competition. The Braves do not have time to wait for a bounceback if Melancon struggles and have viable backup plans in Will Smith and Luke Jackson. I still refuse to believe Smith does not end up the saves leader in this pen. I am avoiding this situation.

Tony Watson (ADP 560.7) finds himself in a similar situation to Kela and Jimenez. The Giants project to be terrible but he is a veteran reliever with closing experience. They could let him run away with the role in hopes they can turn him into a prospect at the deadline. While the strikeout totals were never elite to begin with, they eroded in 2019. There are few other options in this pen but Reyes Moranta and Shaun Anderson are two names that interest me. Anderson is my favorite of the bunch as he looked like a completely different pitcher upon returning to the bullpen. Watson is the favorite to lead right now but make sure you also add Anderson in draft and holds.

Lastly, we have the newest Marlin Brandon Kintzler (ADP 657.9). Kintzler was just signed and appears poised to take over the job. This is unfortunate as I was a fan of Ryne Stanek and think he could be a really valuable option if he inherits the role. Kintzler had a great season for the Twins in 2017 as a closer but his peripherals are not exciting. He does not strike out many hitters making him a saves only option. He has a similar feel to that of Greene from a year ago but he may actually be a better pitcher. At this price, I will buy but he will not remain this cheap for long.

Hopefully, this series has helped you to identify some players who could be the difference in securing a title in your fantasy leagues this season. Late in drafts, it is important to focus on category needs and that when comparing two players make sure to keep their particular strengths in mind. Best of luck to everyone in their upcoming drafts!