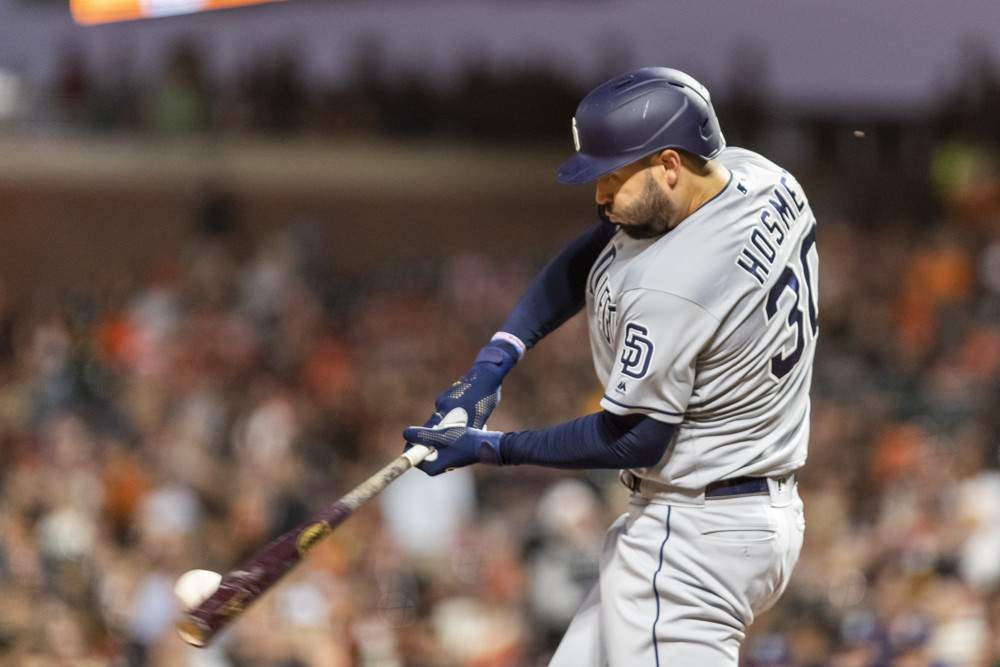 This week I will once again be looking into individual categories to find late-round options for drafts. Today’s category is RBI. To find RBI targets, the best place to look is obviously the heart of any order. Guys who hit 3-5 in high-end offenses should be provided ample opportunities to drive in runs. Additionally, similar to OBP and runs scored, higher slugging percentage totals tend to lead to more RBI.

Based on the 2019 season, the number to target for the 12-team Online Championship leagues was 82 while in the 15 team Main Event league owners should be aiming for 80 RBI per lineup spot. These numbers are a small increase from the 2018 season likely due to the home run surge but are not different enough to change the analysis. Once again using Steamer projections and NFBC ADP data since January 1st, we can find several names who project to help your RBI totals late in drafts. There are 84 hitters who project for over 80 RBI in 2019 and only eight are being drafted outside of pick 200.

Didi Gregorius (ADP 204.05) had a relatively disappointing half-season for the Yankees last year. After returning from Tommy John, he just could not quite repeat the numbers we had seen before from the SS. The power was still there but the average cratered. The move out of New York is concerning for his power output but Philly is a great landing spot. He projects to hit fifth in a talented lineup and should have every opportunity to bounceback.

Eric Hosmer (ADP 225.47) is an overpaid real-life baseball player but has proven to be an elite run producer. He hits near the middle of the Padres’ talented lineup and has a good chance to exceed 90 RBI again. He doesn’t do much else but there are worse options for a CI spot.

Justin Upton (ADP 228.97) is the only player I’ll mention projected to exceed 90 RBI by Steamer. He was also on the home run list and the only real concern with him is injuries. This is the type of player I love to buy and will be doing so this season.

Ryan Braun (ADP 244.2) is not a guy I am excited to be buying but one who projects to hit in the middle of a very talented order. He should be provided with a ton of chances behind Yelich and Hiura, and he still provides double-digit steal upside. He is a good value at this current price and one who I changed my mind on from doing this kind of analysis.

Hunter Renfroe (ADP 250.91) is another list repeat but he is still a guy I am avoiding. His role is extremely uncertain, and as a result, I want to let another owner worry about his playing time. This could cost me but there are other similar hitters going in this range.

Mark Canha (ADP 270.35) is the perfect example of a guy that can slip through the cracks. He looks likely to hit fifth for a really young Athletics lineup and is coming off a monster breakout 2019. He has real legitimate power paired with a much-improved approach at the plate. The projections could end up being light on him and he looks like an absolute steal this late in drafts.

Renato Nunez (ADP 275.26) and Randall Grichuk (ADP 293.53) are both home run list repeats and my thoughts on them are no different from last week. They do not provide much outside of power and RBIs and are a major drag on batting average. They are solid pieces if paired with the right complement and are fairly appropriately priced. Due to positon value, I think I like Nunez more than Grichuk.

As you can see when doing lists like this, there are a few overlaps week to week. These guys who may be positive in at least two categories are interesting options late in drafts and can be the key to a winning season when compared to their flashier counterparts. Sometimes boring and predictable is a good thing.