Hitting Strategy For a Shortened Season 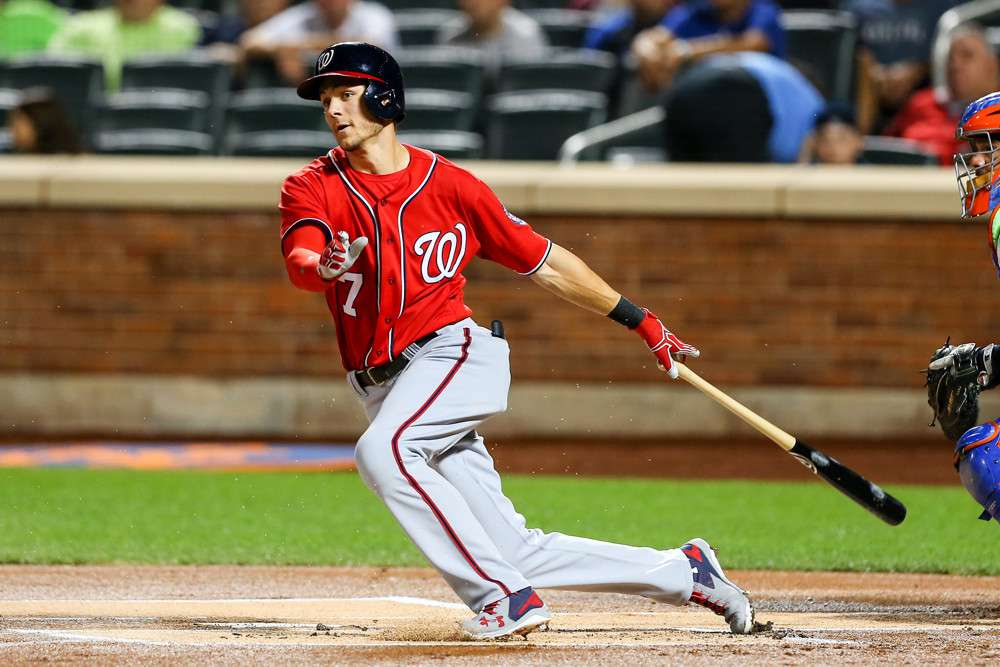 Chris Clegg is ready for baseball and breaks down the hitting strategy he’s going to use during the shortened 60-game season.

All preparation done in the winter and spring can be thrown out. Sixty games will lead to a lot of unpredictable seasons from players. High-end players will underperform, and players not being drafted could become must-start players. Every at-bat will be crucial for a shortened Fantasy season. Many new approaches and strategies that will happen. I will focus on hitters and how to approach them for a shortened 2020 season.

Be sure to check out Nathan Dokken’s excellent piece on Pitching Strategy for a Shortened Season.

Hitting Strategy For A Shortened Season

You have likely heard many different strategies for Fantasy Baseball drafts. Some may be pitcher heavy at the top, while others may call for you to draft hitters at the top. For both a full and a short season, it is important to remember that hitters are always safer than pitchers. Pitchers present a more substantial injury risk and only pitch once every fifth day at best.

I prefer drafting hitters early and filling out my lineup before my rotation. While you won’t be able to draft an ace with this approach, you have a safer floor. Just take Chris Sale, for instance, who had an ADP of 13.88 last season and pitched to a 4.40 ERA in 147 innings. The risk is just much higher on pitchers.

Over a full, 162-game season, Fantasy Baseball is a marathon. But in a 60-game season, it will be a sprint to the finish, where every at-bat will matter. One hit or one stolen base could be the difference in you finishing first or second in your league. In a season like this, compiling stats will be vital, meaning quantity will be king. You want to draft players who will see plenty of at-bats and make the most of each of those.

A hitting strategy with such a top-heavy approach, means I need to draft players early who contribute in all categories. Trea Turner is a perfect target in the first round, given the number of plate appearances he receives by hitting leadoff and contributing across the board. Turner has a baffling ADP of 16.25 on Fantrax, but I would draft him as early as fifth overall. He is the type of hitter that you want to start your team off with because he provides an excellent batting average floor(.298 BA in 2019), and gives you a nice headstart in stolen bases. Steals get sparse very quickly, so drafting those early is essential.

Players like Ronald Acuña, Christian Yelich, and Mike Trout are usually the first three players off the board because they are five-category contributors. Other early hitting targets who contribute across the board are players like Trevor Story, Francisco Lindor, Mookie Betts, Jose Ramirez, and Starling Marte. If you can get multiple of these players, it sets you up for success.

While five-category contributors are usually found at the beginning of drafts, many players can chip away at both home runs and steals at different points in the draft. Target these players. The “death by a thousand paper-cuts” hitting strategy is a great way to keep up in categories without having to draft specialists like Pete Alonso for power or Adalberto Mondesi for steals. If one of those players gets injured, you will have a lot of ground to make up.

Late rounds are where I like to draft hitters who may be one-category specialists. If you lack a specific category, here is the perfect time to draft a specialist. There is plenty of power to go around, which is why I am not a fan of drafting a player like Pete Alonso early. Players like Khris Davis, Joc Pederson, CJ Cron, and Renato Nunez are good power targets for later rounds.

Steals disappear much quicker than power, which is why I like to target steals early in drafts. But late round guys like Garrett Hampson, Kolten Wong, and Jon Berti can provide a boost in stolen bases if you are in need late in a draft.

Howie Kendrick and Luis Arraez are two late-round hitters that can give you a boost in batting average. Batting average, like steals, is also harder to find late in drafts, which is why it is so important to target those categories early. Some analysts think punting batting average could be a viable strategy in a shortened season because of the volatility. But having a high batting average floor early in drafts means more flexibility later. Most early-round picks provide a good batting average but make sure they are not one category contributors.

This hitting strategy may be format dependent, though. If you are in a points league, it is a viable strategy to take pitching early as the scoring system generally favors starting pitchers. They tend to outscore hitters in season-long production in points leagues. But in categories or straight roto league, it is beneficial to load up on hitting early.

It is vital to make sure you have the right balance on your roster to contend. Owning players that hit near the top of their lineups will provide the best opportunity for your Fantasy team to get the most counting stats. I know it is impossible to roster only these players, but the more you own, the better.

In a shortened season, roster churning will also be a significant factor. Players will get Covid, be injured, or just not perform. In a season that lasts only 10 weeks, it seems inevitable that some high-end players will be in a slump for half-season. Do not be afraid to churn your roster, and don’t get emotionally attached to any player. Every season, players on the waiver wire get hot and end up being league winners. You cannot afford to leave a slumping player in your lineup for weeks expecting him to get back on track. While he may, you can’t afford to let someone slumping for two weeks sink your team.

Finding a balance of when to hold or when to churn a player can go a long way. You will likely win some waiver pickups and lose some. But you have to be willing to play the wire to get a leg up on other players.

Evaluating each player, every situation, and keeping up with the news will go a long way in a shortened season. As I write this, David Price has just opted out of the season. Knowing this news means you should head to the waiver wire and grab Dustin May and Ross Stripling. Staying on top of player news will help a ton if a player gets sick or injured.

Trading in a shortened Fantasy season is likely to be strange. Depending on league trade deadlines, you likely won’t know what category or positions you may need to upgrade. Pitching is always sparse, which means it will be harder to acquire via trade.

It is still important to remember that hitters will play more than starting pitchers will. I have no problem with trading a hitter for a pitcher, as long as I do not leave a hole in my lineup.

Has your hitting strategy changed for this short season? Let us know about it in the comments below.