Sleeping with the Staff: Top Hitting Sleepers for 2019 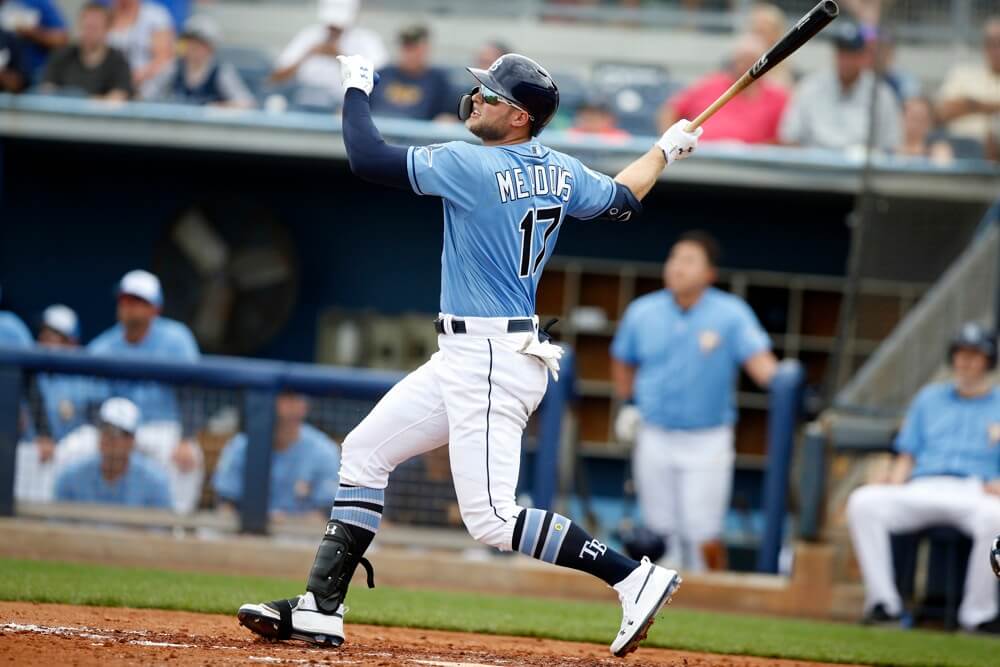 Again, we’ve given them little direction other than asking for a player name and a few sentences to support their selection. As with our pitching sleeper, our esteemed cast of characters offered up a wide variety of names with only Chris Meaney and Michael Florio sharing the Tyler White Love.

Spring Training games are under way! It’s time you got your fantasy baseball season started as well. Leagues are already forming at Fantrax.com, so head on over and get your league started today.

Meadows may never be the elite hitter some were hoping, but I think the version he is right now could come close to a 20/20 season with a decent batting average. In 15-team leagues, players like this are going to fill in those counting stats and help keep you in play across all the 5X5 categories. Meadows may lose some time to Avisail Garcia early in the season, but his youth and superior defense should win out before too long.

In less than a full season, Goodrum played everywhere on the field and provided category contributions in both home runs and stolen bases. In 2018, Andrew Benintendi hit five more home runs and stole nine more bases in 139 more at-bats than Goodrum. If the Tigers publicly announced that Goodrum was “their guy” rather than signing Josh Harrison he would be buzzing rather than snoozing on the Fantasy radar right now. There are some flaws in his game, like his contact rate, career OBP and the fact that Harrison is there and that the Tigers are rebuilding, but he has the skill set to be a 20/20 Fantasy contributor. For a player who is position eligible everywhere at an ADP of #294, that’s what hitting sleepers are made of.

Tyler White is one of my favorite hitting sleepers. In just 66 games in 2018, he slashed .276/.354/.533 with 12 homers and 42 RBI. But there is so much more to like than just the raw numbers. He showed traits I like, especially in a young hitter, such as strong plate discipline. White struck out 20.7 percent of the time and had a walk rate of 10.1 percent. He also chased pitches outside the zone just 26.1 percent of the time. League average was 30.9 percent in 2018. He also had a fly ball rate of 42.6 percent, which tops the 40 percent threshold I seek in hitters. The one area I would like to see him improve is hard hit rate, as his was just 32.7 percent in 2018. I would like to see him approach 40 percent, and hopefully, one day eclipse it and join the 40/40 Club! (40+ percent in fly ball and hard-hit rate).

Over his last two seasons, Castellanos has averaged 24 HR and 95 RBI, and has raised his BA to the .290 range, despite a serious lack of lineup protection. Oh, and he’s only 26! Castellanos didn’t improve much from his breakout 2017 season, and that’s fine. If Castellanos is going be a lock for mid-20s homers, 80 or so runs and 90-100 RBI with a high average, you’ll take it every year. That puts him as an OF3 foundation, and Castellanos fails to reach OF2 status only for the lack of steals. The best part is that even in Castellanos’ slump month of July when he hit just .218, he still managed 3/15/9, so he never left you completely hanging. That makes him an appealing H2H option, as well.

Wendle can be a really good late source of steals and will provide a solid batting average and some additional pop from a late round spot with good positional eligibility.

This isn’t the first time I’ve expressed my love for Marte, and it probably won’t be the last. The selling point’s always the same. Here’s an exhaustive list of hitters in 2018 with a contact rate above 85% and at least ten batted balls north of 110 MPH, per Statcast: Ketel Marte. That’s it. The cutoffs are admittedly arbitrary, but the point remains. Marte literally offers a unique combination of contact and bat speed. He just showed the best plate discipline of his career, and at age 25, he should just be entering his prime. Marte’s hit too many ground balls to translate his raw power into 20-25 home runs so far, and there’s a very real chance he never does, but he’s barely in the top 300 overall in drafts. It’s tough to find upside like he has that late. Nor is he a high-risk, high-reward play. The ceiling’s here, but Marte’s got a high-average floor, and he’ll quickly pick up outfield eligibility in addition to the middle infield. There’s no reason he should fall out of the top 100 position players, much less the top 150.

Winker’s ADP is nice and low right now mostly because we don’t know if he even has a starting job. What I’m betting on is Winker’s talent earning him a starting outfield gig, beating out the likes of Matt Kemp or Scott Schebler. He has a chance to lead the league in OBP. He also had shoulder surgery this offseason to fix an issue that has bothered him for years. Perhaps with a healthy shoulder, he hits 20-25 home runs in addition to his huge OBP. He could be a fantasy monster.

The first base position is thin and at pick 245, Tyler White has an opportunity to provide owners which cheap power. White hit 12 home runs over 237 plate appearances with the Houston Astros last season and his .287 average and 10 home runs in the second half
has earned him an Opening Day role. Whether it’s at first base or DH, White proved he could hit lefties (.305) and he put up a good average at home (.292).

If Garrett Hampson was guaranteed the starting second base job, he’d probably not be among the hitting sleepers due to his much higher ADP. But as of now, he has no guarantee of every day playing time and that has kept his ADP in check after pick 200. A 150+ game Hampson is one you’re going to want on your fantasy team. The contact skills hint at a .300-plus average and there’s 30-plus SB upside here as well. Add in double-digit pop and, you know, Coors Field, and you have a sleeper pick outside of pick 200 that can return near top-50 value.

You buying into any of these pitching sleepers? For more great rankings, strategy, and analysis check out the 2019 FantraxHQ Fantasy Baseball Draft Kit. We’ll be adding more content from now right up until Opening Day!