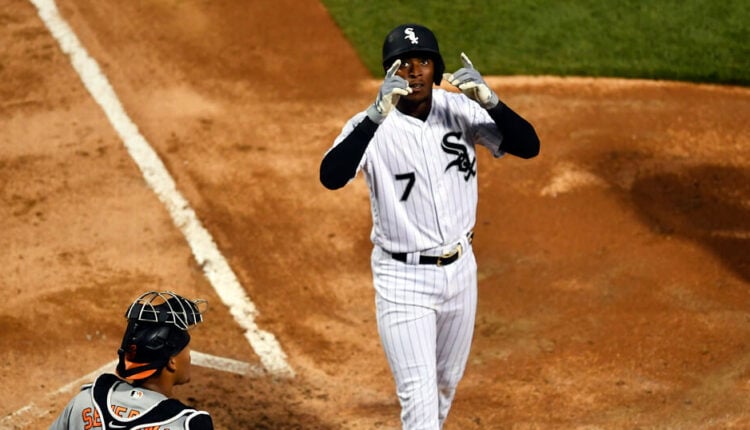 When looking at Fantasy Baseball rankings, you will often find a list tailored to standard 5×5 leagues. It often seems that OBP leagues are neglected by Fantasy analysts, despite it being a growing league type. Each year, more and more players begin to transition their leagues to OBP format. It gives a more real-life feel, rewarding hitters who get on base at a high clip. After playing in several OBP leagues the last few years, it is hard for me to go back to batting average leagues.

Last week we looked at “Hitters Who Gain Value In OBP Leagues.” This article will dive into several hitters who are less valuable in an OBP league than standard 5×5. Far too often, 5×5 bias takes over, and Fantasy Baseball players fail to convert rankings they may be using into league appropriate settings. This happens with both points and OBP leagues. The goal of this article is to identify hitters who lose value in an OBP format versus leagues that use only batting average.

Below you will find a list of 25 hitters who have the smallest gap between batting average and OBP based on Ariel Cohen’s ATC Projection system. All of these hitters have a minimum of 300 projected plate appearances. If you play in an OBP league versus a standard batting average league, you may want to consider where you value these hitters.

Anderson has a career 3.4 percent walk rate. Yes, his OBP is respectable because of his higher batting averages, but if Anderson has a season with bad BABIP luck and hits .280, his OBP will be putrid. Over a full season in 2019, Anderson’s walk rate is 2.9 percent. Based on ATC Projections, only Hanser Alberto is projected to have a smaller difference in batting average and OBP. Anderson is a decent target in the third or fourth round if you are in a batting average league. Do not draft him this high in OBP format, though. Make sure you weigh the drop in OBP appropriately. 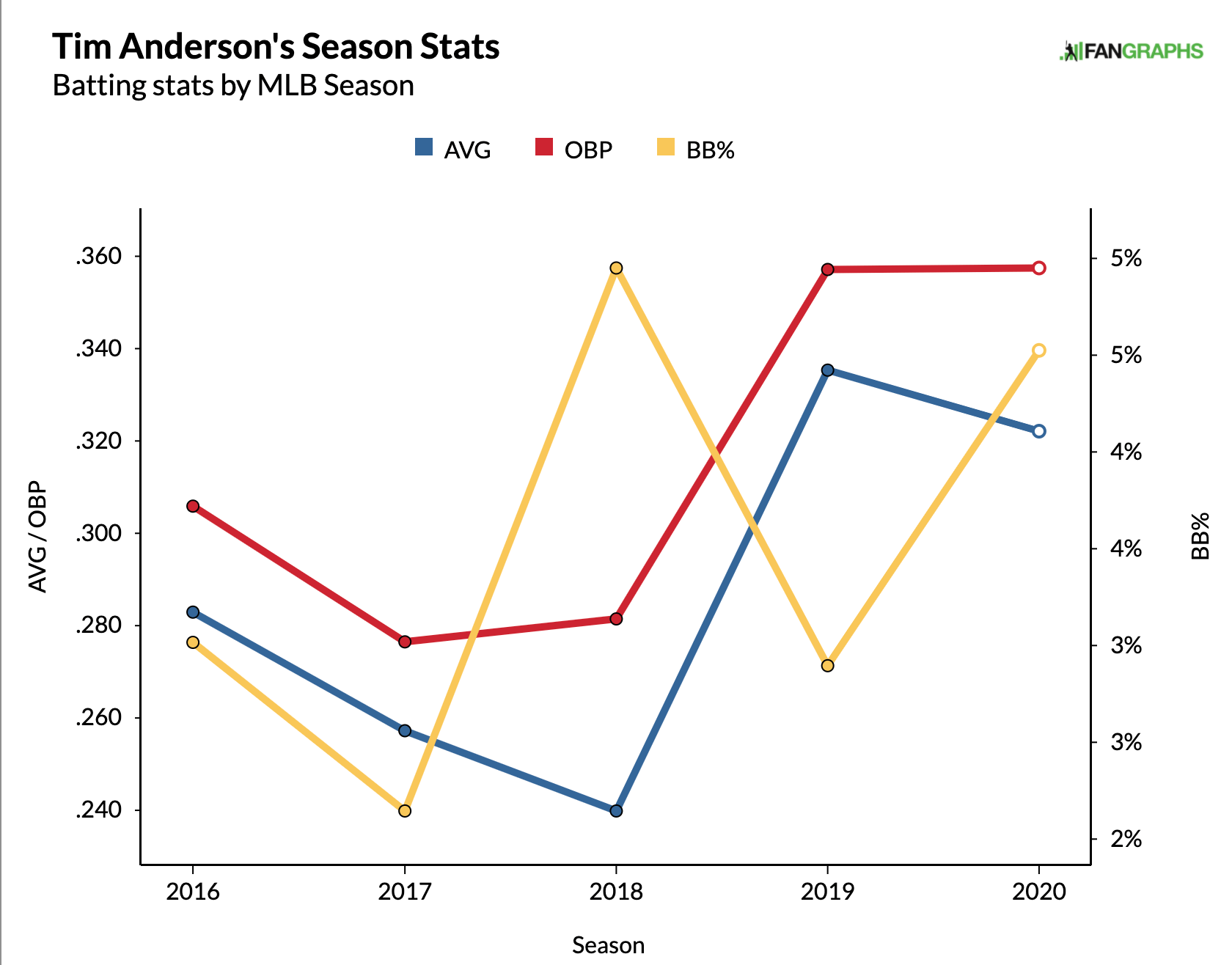 Baez is not a player I want to own in an OBP Leauge, though. If the price remains pick 70, count me out.  His career walk rate of 4.7 percent is well below average, and as you can see, the floor is low. If Baez hits just .260 next season, his OBP is likely below .300. Yes, there is intriguing power and speed, but the plate discipline is dreadful. Baez is likely an avoid in the top 75 of an OBP league.

Ah, the player who stirs the most arguments on Fantasy Baseball Twitter. Adalberto Mondesi is an extremely polarizing player who offers league winning power/speed upside but also a league losing floor with his poor plate discipline. I will not get into his full profile, but you can check out what Corbin Young had to say about him.

Let’s not argue whether he is worth the price tag in a standard 5×5 league. This is more of the fact that his value in OBP leagues should be much lower. Sure, he is a career .251 hitter, and you might swallow that knowing you could get a 15 HR/50 SB season. But the OBP will hurt you. A career 4.3 percent walk rate dings his value as well as his career .284 OBP. Between 2019 and 2020, among hitters with at least 650 plate appearances, Mondesi has the fourth-lowest OBP at .292. So unless he falls in your OBP league, which is unlikely, I would suggest avoiding him. 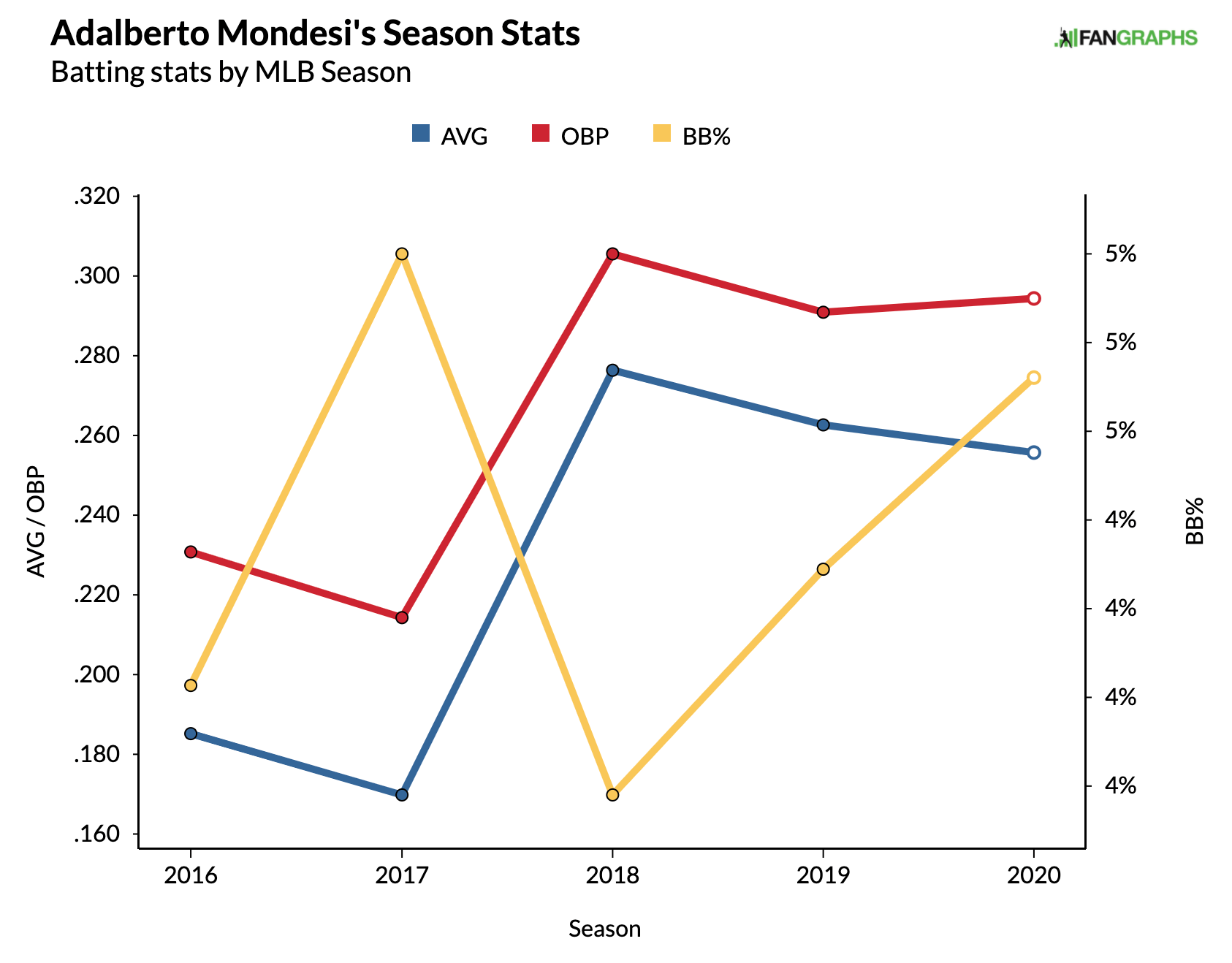 It is quite interesting that Eddie Rosario was non-tendered by the Twins after being a solid contributor since 2017. There have been batting average woes, and Rosario has seen that number drop from .290, .288, .276, .257 over the last four seasons. Interestingly enough, Rosario’s strikeout rate has dropped every season from 2017 to 2019, and his 2o20 mark was nearly identical to 2019. It is also worth noting that Rosario’s walk rate jumped to a career-high 8.2 percent in 2020. Was it just a mirage in the shortened season, or did his plate discipline actually improve?

Regardless, Rosario needs to find a new home before we can really determine his value. There are plenty of teams where he could slot in the middle of the order. But, if he moves to a contender with a full outfield, could he find himself in a platoon? There are a lot of questions to be answered. But based on ATC Projections, Rosario is projected to have the 16th smallest gap between his projected batting average and OBP. Monitor the landing spot and asses Rosario’s value from there.

Ryan Mountcastle enjoyed a solid rookie campaign in 2020 with the Orioles. His .333/.386/.492 slash with five home runs over 140 plate appearances got Fantasy owners and Orioles’ fans excited. Mountcastle has always displayed a solid hit tool and power in the minor leagues. But Mountcastle has never shown the ability to walk at a near eight percent rate as he did in 2020. It is an interesting development to see if it sticks, but for now, I project Mountcastle to be between a five and six percent walk rate. If that improves, his value soars!