Which Hitters are Due for RBI Regression? 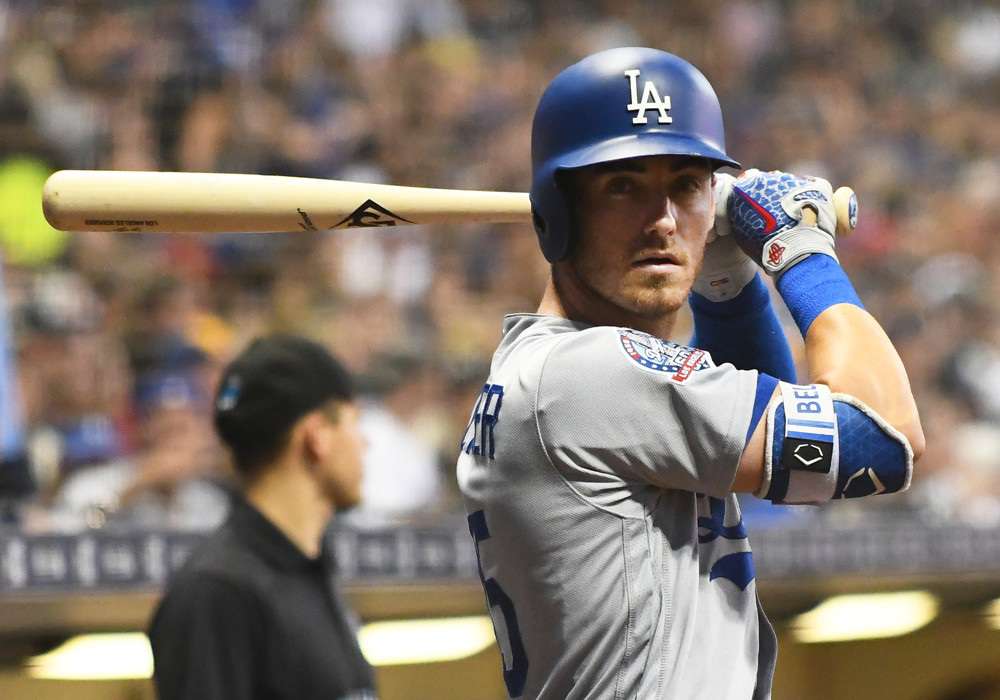 Over the last couple of weeks, I have taken a look at players who could aid your late-season push in the standings in certain categories. Specifically, I targeted a handful of players who could help you with a batting average surge, and then I found some pitchers who could lower your fantasy staff’s WHIP. For this column, I will be zeroing in on RBIs, but I’m taking a slightly different approach. This time I am not just identifying hitters who can help with RBI, but those who are due for any kind of RBI regression.

When I look for hitters who have possibly underachieved in the RBI category, my go-to strategy is to search is for those who have underperformed with runners in scoring position (RISP). If I’m going to do the simple math of subtracting each qualified hitter’s wOBA from their wOBA with RISP, I might as well share the leaderboards from both ends of the spectrum. This is why I will be looking at overachievers as well as underachievers.

If a hitter’s wOBA with RISP is far higher or lower than their overall wOBA, that’s a good sign that there is probably some RBI regression on the way. The two measures tend to track closely to each other. The cumulative wOBA for the majors this season is .315, but with runners in scoring position, it’s only slightly higher at .318. Hitters were similarly unfazed by hitting with runners in scoring position in each of the previous two seasons as well, as wOBA with RISP was no more than three points higher than overall wOBA in either year.

Not every hitter whose productivity is much better or worse with RISP is a regression candidate. Some are due to offset potential changes in their RBI pace with an increase or decrease in another category. Others have a history of being much better or worse when there are runners on second or third base. However, the bulk of the hitters gracing the leaderboards presented below appear primed for a change in fortune in regard to their RBI pace.

The following five hitters have had the largest negative discrepancies between their wOBA with RISP and their overall wOBA. Each of these underachievers with RISP would seem to be a candidate to see their RBI rate increase, but let’s take a closer look.

No qualified hitter has underperformed more when runners are in scoring position than Trey Mancini has, so even with his ugly .229/.300/.375 slash line, he has probably deserved better than his total of 29 RBIs. It’s also likely that Mancini will improve that slash line over the season’s final two months. While there are few clear signs that Mancini will reverse the decrease in his power output, he should be able to increase his batting average. Just like last season, Mancini is a bit better than the major league norm at producing Value Hits and avoiding Poorly-Hit balls (per xStats.org’s classifications), and his .272 BABIP is 38 points below his xBABIP. Mancini’s overall production won’t make him a worthwhile target in most mixed leagues, but in deeper formats, he could be a cheap source of RBIs.

As a leadoff hitter, Dee Gordon cannot be expected to offer much in terms of RBI, even if he has underperformed in key spots. Then again, he underwhelmed with RISP in both 2016 (.241 wOBA) and 2017 (.250 wOBA), so he just may not be that productive in those situations.

Joey Wendle’s underachievement can be disregarded as well. While he may get more RBI per base hit going forward, there is a good chance that he will be getting fewer base hits. Wendle profiles as a good hitter on balls in play, but his current .349 BABIP still looks a bit fluky.

That leaves Cody Bellinger and Jeimer Candelario as our best hopes to pick up RBI at a potential discount. Even though Bellinger’s current home run pace (17 homers in 429 plate appearances) is far behind last season’s, his RBI pace is ludicrously low. He has 78 percent of last year’s plate appearances but only 45 percent of last year’s RBI. If Bellinger can pick up his home run pace, then his RBI total could really soar over the remainder of the season. Given that his flyball rate, average flyball distance, and average flyball exit velocity have fallen by only slightly since last season (the latter two stats provided by Baseball Savant), he could easily be a better power source going forward. An uptick in home run rate will only further catalyze the growth in his RBI rate that will result from hitting better with when the Dodgers have runners on second and third base.

Candelario does not carry the same expectation of having a late-season power surge as Bellinger does, but he should certainly improve on the roughly 60-RBI pace he has been on to date. If you can sustain the dent Candelario will likely put in your team’s batting average, he is worth picking up for the RBI, especially since he is hitting in the middle of the Tigers’ order more often of late.

There are not many hitters who look poised to provide an RBI boost at a discount, but alternatively, you can try to replace hitters who look due for a negative RBI regression. These five hitters have the largest positive discrepancies in wOBA between their plate appearances with RISP and their overall mark.

This is actually Eduardo Escobar’s third season in a row of being an overachiever with RISP, so it’s not necessarily a good idea to trade him away in the hopes of finding a better source of RBI. If there is a reason to move on from Escobar, it’s that we don’t yet have a sense as to whether he will play less often against lefties with the Diamondbacks than he did with the Twins. Also, his role could be reduced once Jake Lamb (shoulder) returns from the disabled list, though there is currently no specified timetable for the team’s incumbent third baseman to return.

Alex Bregman is a better hitter than he was a year ago, but even so, it does look suspicious that he has already equaled his RBI total from 2017. Still, if you are going to sell high on Bregman’s RBIs, you are going to need to get an elite player in return. If you are going to sell an Astro based on an inflated RBI total, trading Gurriel is probably a better choice. That move has its risks, too, as he has yet to have an extended power surge like he did over the final four months of last season. Then again, even in the most optimistic scenario, it seems unlikely that Gurriel will approach his current .424 wOBA with RISP over the remainder of the season.

Brian Anderson has been surprisingly productive in fantasy, ranking as a top-15 third baseman and a top-40 outfielder (per ESPN’s Player Ranker) despite a relative lack of power and a spot in a punchless Marlins lineup. His productivity is partly built on a .285 batting average and 62 runs scored, the latter of which has been helped by frequently hitting in front of J.T. Realmuto and Starlin Castro. He has also been boosted by his 49 RBI, which seems inflated for someone who has spent a lot of time in the second spot in the Marlins’ lineup. Anderson’s run-scoring could be at risk, too, if the Marlins trade Realmuto.

It would be easier to part with Anderson than with Bogaerts, who is enjoying a breakout season batting in the midst of the major’s most prolific lineup. Yet if RBIs are what you need, it could be worth your while to see what sort of hitter you might be able to get in return for Bogaerts. As good as he has been, it is hard to see him continue on a prorated full-season pace of roughly 115 RBI.

Note: All statistics are from FanGraphs, current for games played through Sunday, July 29, except where noted.