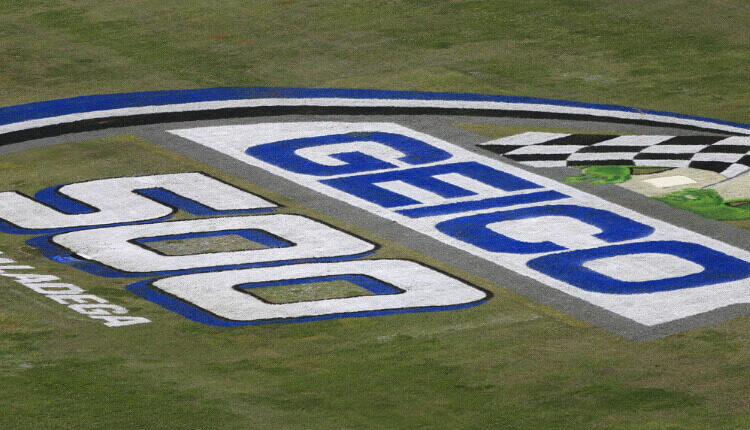 After a couple of short tracks and a lot of dirt (and rain), NASCAR’s drivers get back to the long tracks for the Geico 500* at Talladega Superspeedway.

*Author’s note: I’d like to thank Geico for resisting the urge to call this the “Geico Examiners and Risk Assessors Polynomial 500” or something. If you write about NASCAR for a living, you understand.

Some drivers are sad to see the short tracks go, while others (Kevin Harvick, Denny Hamlin) didn’t bother to wave goodbye. Tyler Reddick and Chase Briscoe would like a do-over on dirt, while Kyle “Dirt Tracks Take the Sport Backwards” Busch changed his tune a bit while bowing with the checkered flag.

The drivers now head to the longest track on the NASCAR circuit for the Geico 500. All four turns of the 2.66-mile track feature 33-degree banking, and the site has seen its fair share of memorable crashes and finishes. From a fantasy perspective, it is nice to have oodles of historical data to sift through to figure out how to craft our lineups this weekend.

Here is an overview of drivers I will be looking to roster in DFS and season-long formats this weekend. I’ll be back Sunday morning looking at the positional value determined by Saturday’s qualifying races. Thoughts? Opinions? Wondering how and why you should play NASCAR fantasy? Hit me up on Twitter at @thewonkypenguin.

At this point, I assume Logano and Blaney are reading through pilot scripts for their upcoming buddy cop show. They finished third and fifth last week, and they are second and third in the overall Cup standings. And they are one-two in driver ratings at Talladega. Logano’s rating of 100.5 is the only one above the century mark, having won here three times. Blaney is right behind at 98.9, having only claimed the checkered flag twice. (This can be a long-standing point of contention in their sitcom.) Somehow, neither has won this season, and I think that will change at the Geico 500.

Elliott remains in first place in the overall Cup standings, and yet the first 2022 win remains elusive. He has six Top 10 finishes in nine races but only one Top 5. He has completed all nine races, though. Elliott’s rating in Alabama is 85.0, and his win in 2019 represents the only time a Chevrolet has carried the checkered flag in the previous ten races. Could he win on Sunday? Absolutely. Could he continue his streak of racing well but not be a tremendous fantasy asset? Again, absolutely. Will that be the last time I ask myself a question and answer it? No promises.

Call me crazy, but I don’t see a buddy cop sitcom between these two teammates. They’re more of a serious detective drama miniseries on HBO Max. This is primarily because, according to current projections, they are in line to finish right next to each other at the top of the standings at the end of the year. Byron’s 84.1 rating at this track is the fifth-highest, and he has been running well-planned, beautifully-executed races all year. It would be a grievous error to overlook him at the Geico 500.

Busch won his 60th race last week, moving him into ninth place among active drivers, and he tied Richard Petty’s record of 18 years in a row with at least one NASCAR win. He has one win at Talladega, but it came in 2008, over three presidential terms ago. In his previous six races here, he has a driver rating of 80.1 and an average finish of 22. I’m tempted to fade him, but I feel like I do that at my peril with this guy. He’s a threat to win at every race, and I don’t see the Geico 500 being different.

Keselowski has an excellent rating at this track (93.5) and has six previous Talladega wins. (He could probably be the grisly veteran police chief in the HBO Max show.) He also has recent success, taking home the win in 2021. I would have easily put him in the Contenders category except for how his season has unfolded thus far. He sits in 31st place overall, and even though he has improved every week, I have trouble being confident with him. If his salary is similar to last week, though, he could be a steal for fantasy players.

Harvick’s previous victory in Alabama came in 2010, and his efforts have culminated in a 74.3 driver rating. FanDuel and DraftKings have been giving him such friendly pricing lately that he could be an attractive option come Sunday.

In his young career, superspeedways have kind of been his thing, so I think he could have a good race at the Geico 500.

There was some debate following Bristol regarding Briscoe apologizing to Reddick, and Reddick seemingly accepting the apology without fanfare, intense anger, or childish shoving of other cars post-race. I am of the “Yay sportsmanship!” mindset about it while wholeheartedly laughing that Briscoe mumbled, “If he punches me, he punches me. I get it,” on the way over to apologize.

A couple of weeks ago, I said that Hamlin seemed to go on little runs – that when things click for him, he can win in bunches. Well, perhaps this year, “one” is the only “bunch” we’re going to get.

Remember to check back Sunday morning for my picks and more television plot ideas. You won’t want to miss it!