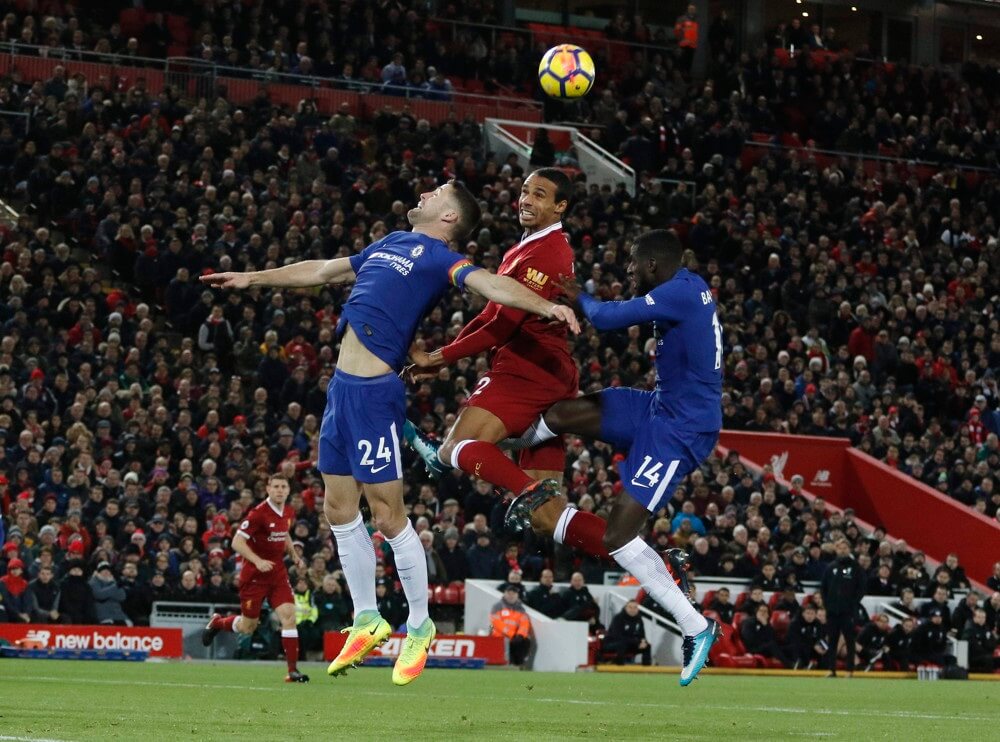 Thirty weeks into the season and you probably think you have a pretty good handle on draft Premier League. Enter, week 31. Week 31 lasts two weeks, in which neither Manchester team has a fixture and four games have been postponed.  Liverpool is the only top-four team with a fixture in a week in which only half of Premier League teams will be playing. It can be quite a problem Fantasy Premier League managers in need of a late-season win. Dropping players without a fixture for a short term fix may have long term ramifications, while not fielding a full line up is sure to put managers on the back foot. I can’t tell you what to do, but what I can give you is some players that might be worth picking up this week from the Premier League waiver wire.

As the only top-four team playing this week, Liverpool players get an even bigger boost. Matip has regularly been starting for a Liverpool team that kept five consecutive clean sheets before last week. Joe Gomez is getting back to full health, but Liverpool is challenging for a historic title and Klopp is unlikely to be changing the team too much right now. Liverpool will have an excellent chance to keep a clean sheet against Fulham in gameweek 31. Matip is an excellent Premier League waiver wire pick up, not only for this week but for the rest of the season.

What’s the point in being Leicester? After having already achieved the impossible, it’s hard to see what’s left for the Foxes to achieve. That being said, they showed this week that they have a surplus of young talent that when firing looks awesome. Rogers has got Leicester playing a sexy style of football since taking over as a manager. Harvey Barnes is very much a part of the rejuvenated Leicester team, coming a whisker away from scoring his first Premier League goal. His highlight, however, was an excellent assist in which he rode a tackle and assisted Vardy’s 101st Leicester goal. Leicester have a dream schedule, and Barnes has a high ceiling so pick him up now from the Premier League waiver wire.

Who shot JFK? Is the Loch Ness monster real? Is West Ham good? I think the Hammers have elevated themselves into the realm of the biggest unsolved mysteries at this point. After winning 2-0 against Newcastle, West Ham then go and lose 2-0 to a resurgent Cardiff. You don’t know what you’re going to get from Pellegrini’s side, but that’s football for you. Creswell has been working his way back to match fitness and went on to play 90 minutes against Cardiff. He will likely get the call again against Huddersfield, but it’s unclear what West Ham we are going to get. Regardless, with only ten teams playing this week, West Ham against Huddersfield should be a favourable matchup. He could make a decent fill in from the Premier League waiver wire.

Positioning might be one of the most underrated skills a professional football player can possess. We may all believe ‘our nan could have scored that’ Tielemans goal on Saturday, but his positioning for Jamie Vardy’s pass was perfect. It was the loanee’s first goal for Leicester although he has had assists in both of their past two matches. It looks as if he is favoured by Rogers and he should continue to get significant playing chances for Leicester. He is talented with a high floor and a decently high ceiling, making him a good pick up from the Premier League waiver wire.

I know he’s been away at the Asian Cup, but 3% is just ridiculous. Ki was quiet in his return to Newcastle action last week, but it was encouraging to see him in the lineup again. Newcastle is riding high recently, and if Ki continues to get starts, he will score fantasy points from osmosis. In deep leagues, Ki is a very solid Premier League waiver wire pick up.