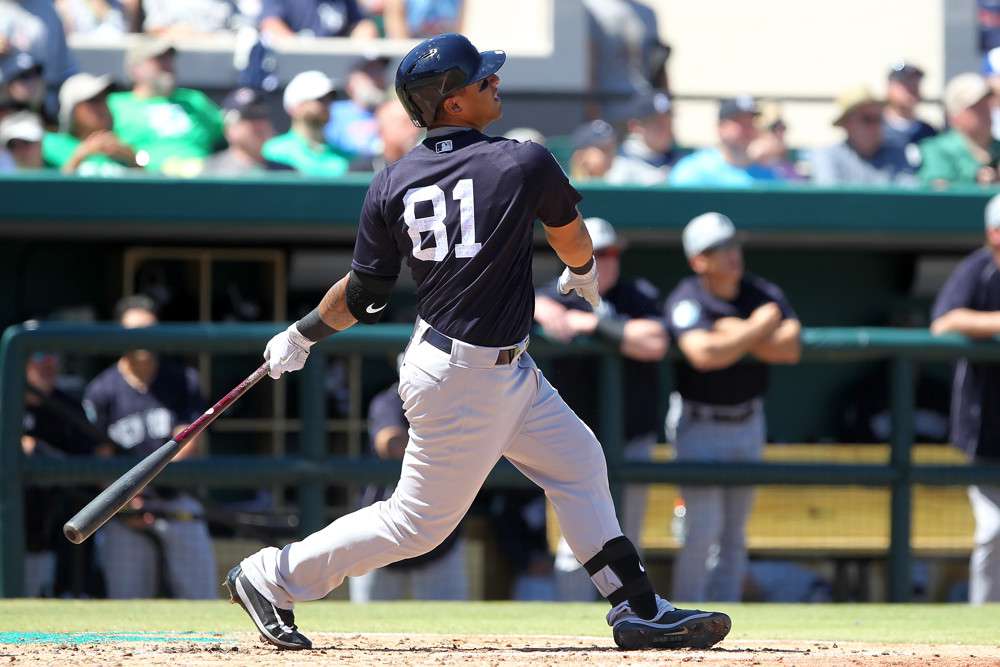 The Flash Forward series takes a long-term look at a new young player each week, projecting the type of player they’ll be five years from now.

For someone who hasn’t even seen a pitch at the Major League level, Gleyber Torres sure gets a lot of attention. He’s already been the centerpiece in a blockbuster trade, he’s spent time as the game’s top prospect, and he’s drawn comparisons to some of the game’s best. At 21 years old, Torres will be one of the top names targeted in dynasty leagues. We know he has the talent, but where will Torres be in five years?

Torres joined the Yankees in the blockbuster trade for Aroldis Chapman back in 2016. Chapman ended up helping the Cubs win a World Championship, and Torres will have a chance to do the same for his team in the foreseeable future. Torres’ stock has been high since signing as an international free agent in 2014. He put together an incredible Arizona Fall League performance in 2016. After leading the league with an incredible .403 average and .513 OBP, Torres was named the youngest AFL MVP ever at just 19 years old. His performance, despite being one of the youngest players in the league, helped him earn the title of top prospect in all of baseball, according to MLBPipeline.

Now fully recovered from Tommy John surgery, Torres will make his Major League debut in 2018. In fact, he even has a great chance at making the team out of spring training and being an everyday player. His versatility will allow him to play wherever the Yankees need him most, whether it’s the hot corner, second, or his natural position of shortstop. As it stands now, Torres is perhaps the best internal option for the Yankees at both second and third base.

Torres did not have any trouble transitioning to Double-A and Triple-A last season. He only got better after being promoted. His walk rate jumped from 12.2 percent to 13.5 percent, while his average climbed from .273 to .309. Torres was seeing the ball well at the plate at the Triple-A level, which even led to talks of him making his Major League debut sooner than expected.

However, his transition from Double-A to Triple-A wasn’t without its hiccups. Torres took on a more aggressive approach at Triple-A, causing his strikeout rate to jump all the way from 15.1 percent to 27.1 percent. He was also the beneficiary of some luck, with a BABIP of .426. Then, of course, his season ended prematurely after he slid awkwardly into home plate and hurt his elbow.

He may struggle out of the gate, but Torres has a solid future ahead of him nonetheless. I might be in the minority here, but I don’t expect Torres to be the superstar everyone expects him to be in five years time. But that’s ok. He’ll undoubtedly be a very serviceable infielder that can fit anywhere around the diamond and make a difference in all aspects of the game. Torres is already a solid, well-rounded player, though he lacks that one “wow” tool.

Torres has excelled at making adjustments, even at such a young age. He’s adapted to tougher competition and has proven he can compete with guys much older. If he can do the same thing in the majors, the sky’s the limit. Personally, I see Torres developing into an Alex Bregman-type player. Solid power, respectable speed, and the ability to hit for average without blowing anyone away at any specific part of the game.

It shouldn’t take five years for Torres to reach this comp. In fact, he could reach it within the next few seasons if he continues to develop. If he can put up 15/15 seasons with a .280 average, the Yankees will be more than thrilled. Torres may not be an all-out superstar in five years, but he’s an important piece in the Yankees’ future plans.