Staff Roundtable: Which 2020 First-Round Disappointment Are You Most Concerned About? 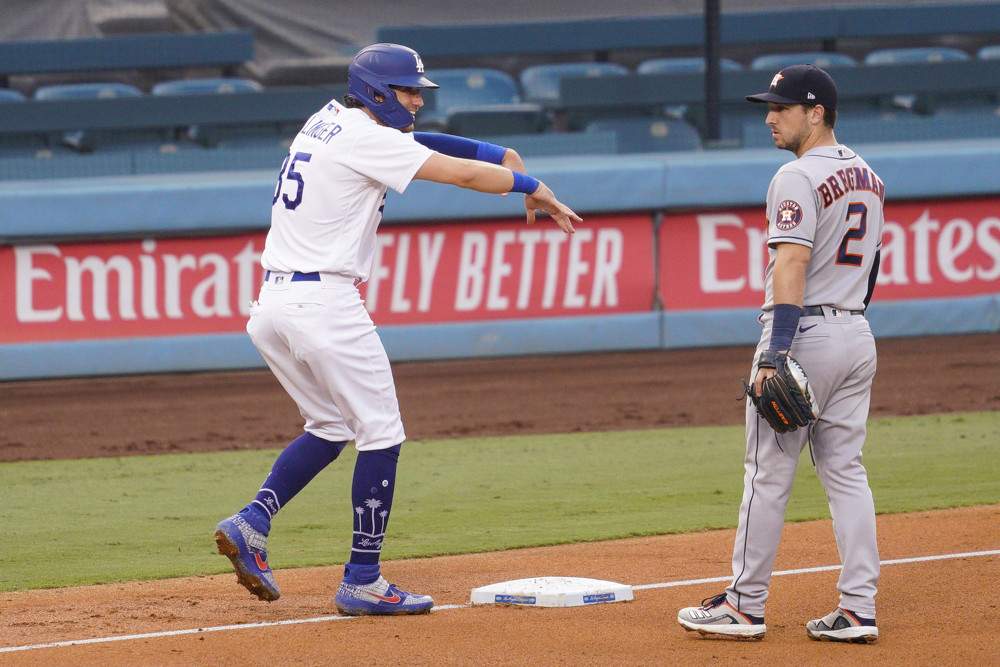 In this crazy 2020 season with a shortened 60-game schedule, it’s not surprising to see some first-round selections delivering less than stellar seasons. Could they have turned it around with another 100+ games of action? Possibly. But they didn’t have that luxury this season. Now, we in the fantasy world have to dig in and figure out if these underperformances are strictly due to only having a 60-game season, or if there’s reason to believe these first-round disappointments will continue their slides into 2021 and beyond. In our first FantraxHQ staff roundtable of the 2020-2021 offseason, we set out to do just that. Which first-round disappointment are we the most worried about moving forward? Find out below!

For me, this was an easy one. My pick is the same player I never fully believed in being an annual first-round talent in the first place. That man is Alex Bregman. Go take a look at Bregman’s baseball savant page for a second. Does anything really impress you? I’m not just talking about this season either as Bregman’s metrics have never really stood out outside of his phenomenal plate approach and ideal launch angle. Do you see any red in his xBA, xSLG, xwOBACON, or hard hit metrics in any year of his career? I’ll save you the time. No, you do not. 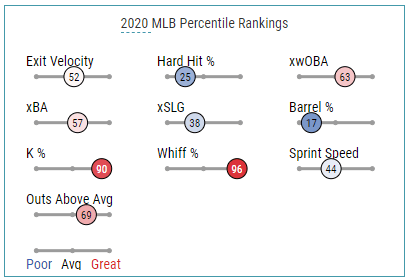 This isn’t me saying Bregman is a bad hitter. Far from it. He’s proven year in and year out that he’s an on-base machine which exceptional strike zone awareness that gets a nice little bump in OBP leagues. However, I’m not a believer in him as a big power threat like he pretended to be in 2018 and 2019 where he hit 31 and 41 home runs respectively. Not when you’ve never had a hard-hit rate above 40%, a barrel rate above 7.6%, or an average exit velocity above 90 mph. In fact, for his career, Bregman’s 5.6 barrel% is below MLB-average. His launch angle and home ballpark will continue to allow Bregman to hit for 20-plus homers annually, but I’m not banking on him approaching 40 ever again.

So, in my eyes, we’re looking at a .270-.285 hitter with 25-30 homers and 5-10 steals annually. That’s very good, but not first-round quality. In OBP leagues, maybe you can sneak Bregman into the back of the 2nd round, but for AVG leagues, he’s more of a 3rd rounder for me moving forward. Lastly, I hate to imply that the cheating scandal made Bregman into a first-rounder, but you have to wonder with how he’s declined since then.

The 2020 season led to several Fantasy first round picks being disappointments. Among them; Christian Yelich, Cody Bellinger, Francisco Lindor, Nolan Arenado, and Alex Bregman. When evaluating these players, Cody Bellinger concerns me the most moving forward. This is a player coming off a 2019 MVP season where he hit 47 home runs, stole 15 bases, and slashed .305/.406/.629. Do not get me wrong, I think Cody Bellinger is a great player, but I think 2019 was the pinnacle. I was fading Bellinger coming into 2020 because I did not believe he could live up to the fourth overall pick in drafts. This season, Bellinger hit 12 home runs and stole six bases which put him on a 162 game pace of 35 home runs and 17 stolen bases. Yes, those are very valuable numbers.

My overall concern with Bellinger for Fantasy is his batting average. Bellinger his just .239 this season in 243 plate appearances. While his 2019 batting average was quite impressive at .305, let’s look a little deeper. In the first half of 2019, Bellinger got off to a torrid start where he hit .336 with 30 home runs. That pace slowed down in the second half as he batted .261 with 17 home runs. So, dating back to after the All-Star break last year, in 526 plate appearances, Bellinger is batting .252 with 29 HR/84 R/74 RBI/13 SB.

While that is still a great player, it is hard to count on that in the first round of fantasy drafts. I am guessing that Bellinger goes in the back end of the first round next year, but I would much prefer taking Christian Yelich who I think has a better chance of rebounding and giving you a solid ROI. If Bellinger falls to pick 20 or later I would feel a little more comfortable taking him, but I expect his ADP to settle in the 10-12 range.

My vote is for Cody Bellinger. I wrote an article last September where I projected this year’s first-round and put Bellinger 11th. People thought I was crazy for ranking him so low after his MVP season in 2019. My argument was that his insane April and May hid the fact that he was not the elite hitter that his season-long numbers indicated. As I noted in the piece, he was the 26th ranked hitter on our Player Rater from June through August. Fast forward to 2020, and he was 28th. The main issue in both stretches is his batting average. He hit .262 from June 1 through the end of 2019, and that number fell to .239 this season.

Admittedly, his expected batting average was a solid .284 this year, so perhaps he was a bit unlucky. But I would consider Bellinger a bit of a risk depending on where he falls in 2021 drafts. So far, I have seen a couple of early mocks where Bellinger went in the first round. That price is a bit too steep for my liking. In the first round, I want a hitter who will either hit .300 or steal 20-plus bases, and I do not see Bellinger reaching either mark in 2021. If I can pair Bellinger with a Trea Turner type, I am all for it. Otherwise, I will probably pass despite the power potential and dual eligibility.

I debated Alex Bregman and Francisco Lindor and decided on Bregman as the first round disappointment that worries me the most moving forward. Bregman finished with six home runs, 19 runs, 22 RBI, and zero steals while slashing .242/.360/.451. Granted, he missed time due to injuries, and the counting stats could’ve improved. His OBP hardly wavered over the past few years with a .394 in 2018 and .423 OBP in 2019. Bregman reached a career-high 25% line drive rate and typically hovered in the 22% range in the last few seasons.

The reasons for concern surround the lack of trash can banging. Just kidding – the concerns revolve around the Statcast data and quality of contact. Although Bregman’s Statcast data never jumps off the page, the main concerns include the lowered hard-hit rate, wOBA, and average exit velocity on FB/LD. In 2020, his 33.6% hard-hit rate ranked in the 25th percentile and down from 38% (42nd percentile) in 2019. Bregman’s .339 wOBA dropped from a .418 wOBA in 2019 and .396 wOBA in 2018. Even his .327 xwOBA (63rd percentile) decreased from a .380 xwOBA the last two seasons that ranked him in the 89th and 91st percentile.