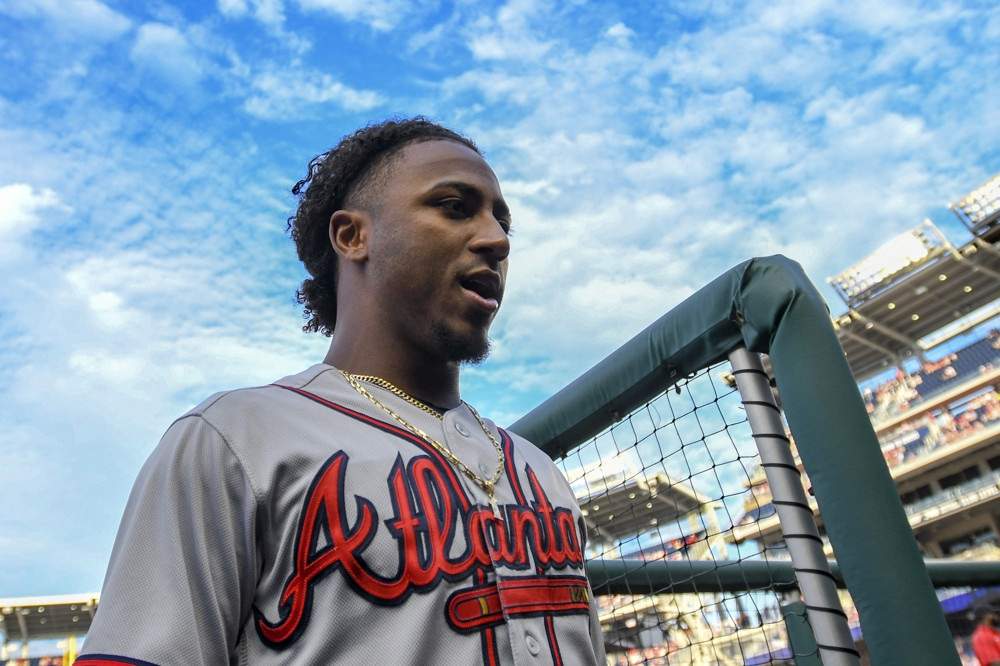 As summer kicks in, we have to take a look at a certain prairie fire in Dakota Hudson. While we enjoy a cool treat (Twix ice cream bar, anyone? Good Lawd them’s good) it’s not a treat to get icy cold production from youngster Ozzie Albies. Do I need to fabricate more similes for you folks or shall we get to the Icy Hot action? (This segment is not sponsored by Icy Hot…yet.)

As a Dakotan myself – not by name, but by locale – I find myself pulling a little bit for Dakota Hudson. He’s also the son of a Hud, apparently, which makes for a rough upbringing. That’s how last names work, right? In any case, Hudson has been achieving more success than I had expected for him. He has put up five straight quality starts dating back to May 12th against Pittsburgh. Over that span, he has a 2.64 ERA / 1.34 WHIP over 30.2 innings. The ERA is sterling, but the WHIP is gross. When we see a disparity like that, we know one or the other has to give. So which should we believe moving forward?

Continuing to look at his past five successful starts, we can see the BABIP isn’t crazy-low at .286. His FIP is a bit blander than his ERA at 3.47, and his xFIP is a straight up wet blanket at 4.66. That will happen when you don’t allow a home run in the given sample size. That has been the real difference maker compared to his first four starts of the season in which he yielded eight homers over just 17.2 innings. For the season, his HR/FB% is still an obscene 20.9%. So..why does xFIP still hate him at 4.49 over his 65.2 innings?

Most of xFIP’s hatred of Dakota Hudson centers around his strikeout-to-walk ratio. On the season, he sits with a 6.17 K/9 and 4.25 BB/9. You don’t need me to tell you that both of those numbers are horrible. His K-BB% ranks fourth lowest in baseball (Brett Anderson, Brad Keller, Sandy Alcantara). That makes his floor very low in the starts in which he gets pounded. That runs counter to someone like Robbie Ray, whose floor remains high even in blow-ups thanks to a huge strikeout rate. It also keeps Hudson’s upside low. Without strikeouts, he will have to chop his walk rate in half – or more – just to achieve the success of someone like 2018 Miles Mikolas.

Hudson hasn’t altered his pitch mix meaningfully over this hot stretch. He hasn’t picked up any velocity. There is nothing here to make me believe we are seeing a new pitcher who is likely to maintain an ERA south of four. Until the beginning of this season he has never dealt with home run issues though, so there is one positive to glean from all this in that he should continue to limit homers. He allows far too many baserunners to be a difference maker for your fantasy squad. In 15-team leagues, he is a streaming option, but standard mixed leaguers need not pay heed to this hot streak.

The season-long numbers for Ozzie Albies don’t look that bad. Seven homers, four steals, and a .267 average are just fine. However, over the last month of action, he has one of the lowest wOBA’s in baseball at .274. He has neither homered nor stole a base and has just 14 R+RBI. He has fallen to the bottom of the order in Atlanta. Are we in for a down year from Albies, or is this just an extended slump?

Over this woeful 26 game stretch, Albies is hitting .241. He isn’t simply getting BABIPed to death, as they say, with a perfectly average .300 BABIP. While the power hasn’t been there, his on-base ability looks promising. He’s walking at a 13.5% clip over those 104 plate appearances and striking out 18.3% of them. His 42.9% hard contact rate is actually higher than where it was in Mar/Apr, where it sat at 37%. Whereas his HR/FB rate was a bit bloated at 18.8% in Mar/Apr, the proverbial pendulum has now swung way too far the other way over this stretch. Thusly, his xwOBA is markedly higher at .343 comparatively to his current wOBA of .319.

Unlike some other young hitters who are seeing a lot more breaking balls this year, Ozzie Albies is getting slightly more fastballs. He doesn’t have a huge weakness against breaking balls, but his results have yet to match his contact ability. This represents a pretty nice buying opportunity with Albies. He has all the tools to not only hit between .280-.300 the rest of the way but to also smash 20 homers and steal double-digit bases. If he can continue to walk at a double-digit clip as well, he can wiggle his way back into the top half of the lineup rather than getting stuck at the bottom. Hang on to him if you have him.

Got a different take on Dakota Hudson or Ozzie Albies? Let Nathan here about it on Twitter. Also check out his weekly Starting Pitcher Barometer.