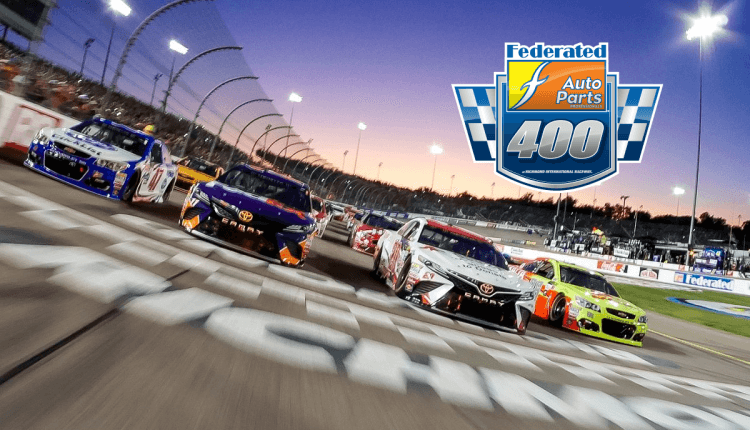 We’re down to three races for the 2022 regular season, and the drivers will shorten up their plans in Richmond for the Federated Auto Parts 400.

A week after Kevin Harvick ended his 65-race drought at an exceptionally opportune time, we head to Richmond for the Federated Auto Parts 400 with two drivers looking for their opportunity.

The bad luck of Ryan Blaney appears poised to continue as he now sits head-to-head against Martin Truex Jr. for the sole points-only playoff position left, and Truex gets to race on one of his best tracks.

Truex isn’t alone in loving short tracks. The entire Joe Gibbs team enjoys abrupt turns and speed adjustments, and Toyotas as a whole have been running splendidly of late. Last week, four of them ended in the top 10, including Ty Gibbs racing in Kurt Busch’s No. 45 car. The elder Busch brother has been ruled out ahead of the Federated Auto Parts 400, meaning that Ty will get another crack at the Cup Series.

The following is an overview of who I’m looking to roster and who I think has a lot of upside on a short track like Richmond. I’ll be back Sunday morning with some DFS picks and a free FanDuel contest for everyone to enjoy. In the meantime, if you have any thoughts or questions, or if you are simply interested in my plethora of retweets, give me a follow at @thewonkypenguin.

In the last six races at Richmond, Martin Truex has finished in the Top 5 all six times and won thrice. His average start is 6.2, meaning that however qualifiers shake out on Saturday, he is a contender. Add our imaginary Motivation Quantification Tool to the mix, and he is the clear-cut favorite for the Federated Auto Parts 400.

Denny Hamlin won the most previous race here in April, and he has finished in the Top 5 only one fewer times than Truex. Hamlin’s track rating is 112.4, and he has shown well here throughout his career. Last week’s fifth-place finish is promising heading into a better raceway for him.

Kyle Busch has finished in the Top 5 at Richmond Raceway in 18 of his 33 career races with six wins. His recent track record isn’t great, but his lone victory in 2022 pops out like a loose lugnut to me. He hasn’t been able to capitalize on late opportunities, nor has he really gotten many breaks near the end. Still, one accidental win isn’t what he wants to head into the playoffs with, so look for him to contend in the Federated Auto Parts 400.

If I had to straight-up bet on someone other than Truex for this race, it would be Bell. He has a 100.6 track rating, but he loves short tracks, and I love that he loves short tracks. I predict he will qualify in the Top 8, which will make rostering him in DFS slightly more difficult, but if he sits outside the Top 10 after Saturday, I think he might be the strongest play in Richmond.

Logano ended up in sixth last week in Michigan, which ended a four-race streak of finishes in the 20s. His driver rating here (105.6) and recent track record make him a strong play for the Federated Auto Parts 400. However, his DFS value will depend quite heavily on his qualifying position.

Chase Elliott can win any race at any time, though his driver rating of 92.9 suggest Richmond may not be his best track. Still, we may get a discount on him, and any time that happens, he is definitely worth a look.

Kurt Busch turned 44 last week. Ty Gibbs won’t turn 20 until October. Chances are good we are seeing an evolution occur in real-time due to awful circumstances for Kurt, who will hopefully be able to return within a couple of weeks. Gibbs, however, won the Xfinity race in Richmond back in April while also starting from pole position. I don’t foresee him winning the race outright, but he is a sneaky good play on a track where he has a history of success while driving a car he understands well enough to have come in tenth in Michigan. His inexperience should continue to create DFS value on FanDuel and DraftKings, and I plan to have exposure to him because of it.

I hope you have a great couple of days, and we’ll see you back here on Sunday morning!