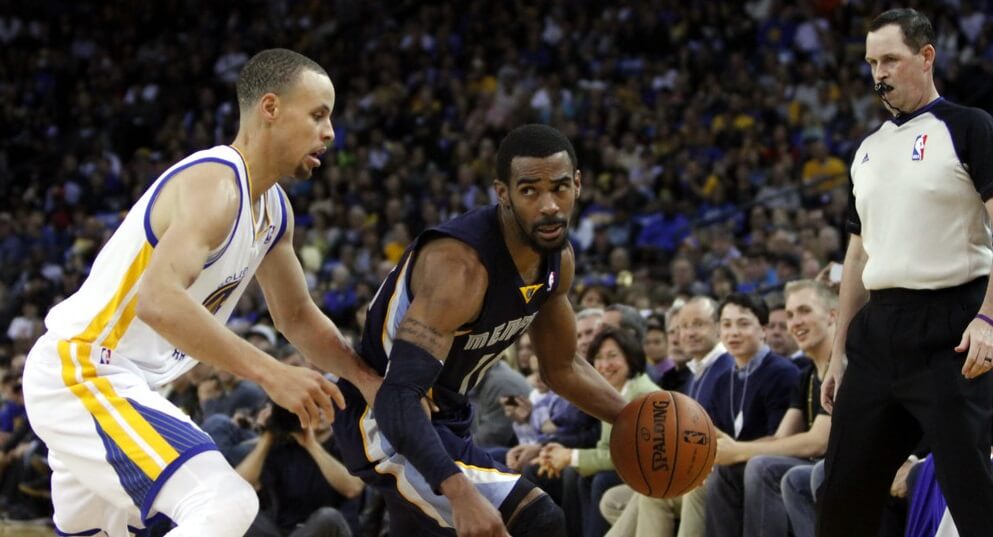 The NBA Draft is done and dusted for another season with a few surprises and questionable moves on the agenda. While new rookies are the talk of the town, there have already been a number of trades with the fantasy landscape beginning to take shape. In the first edition of the Players on the Move, I take a look at players in these NBA trades and how their fantasy value could change moving forward. Anthony Davis was the first domino to fall and the fallout from that blockbuster trade was carefully broken down previously. There are, of course, still a number of moves that could be made by a plethora of teams. Also keeping in mind the looming free agency period is sure to wreak havoc.

Conley was rumored to have been on the move for what seems like the last 12 months. He was finally traded to Utah for Kyle Korver, Jae Crowder, Grayson Allen, and picks. This is an ideal landing spot for the veteran who is coming off a great season in 2018-19 where he finished as the 27th ranked player. He should be able to replicate his numbers but given the Jazz could be fighting for a high playoff seeding, the chances of him being rested are somewhat reduced. He played 70 games during his final season for the Grizzlies and that would appear to be the baseline when predicting how the upcoming season could look. At this early stage, it would appear as though Conley could go in the third round of many drafts. However, the Jazz still need to add a number of pieces to their roster before opening night.

Crowder will be 29 years old when the season begins and entering the final year of his current contract. He is going to have plenty of motivation as he looks to secure what could be his last long-term deal. The Grizzlies will be looking to re-sign Jonas Valanciunas, continuing to allow Jaren Jackson Jr. to play at the four. Kyle Anderson is coming off an injury but will certainly feature heavily in the starting five discussions. This all contributes to Crowder having an, as yet, uncertain role. Crowder was just a deeper league option last season, ending as the 167th ranked player in 27 minutes per game. It is unlikely much will change anytime soon meaning he should remain on the waivers in most standard formats.

Keeping in mind Allen finished last season outside the top 450, an increase in value is certainly nothing to get too excited about. He played just 38 games for the Jazz, missing a large portion of the season due to injury. Allen moves into a far more favorable position on the rebuilding Grizzlies team and could find himself with a more sizeable role. He will almost certainly feature in this year’s Summer League with the coaching staff wanting to see what they have in the second year man. He demonstrated the ability to score when he dropped 40 points late in the regular season. Based on what we have seen, any value he has will be tied directly to his scoring and three-point shooting.

Snell fell out of the rotation for the Bucks during the playoffs and the decision to shift him was merely a way of freeing up some cash. He arrives in Detroit having proved very little as a fantasy asset and there is no indication this will change despite the change of scenery. He provides the Pistons with much-needed wing depth and could work his way into the regular rotation. However, he has had the opportunity to play significant minutes before and typically does very little in terms of production. If the playing time is there, at best, he could be utilized as a low-end three-point streamer.

Warren basically missed the entire second-half of last season with what was only ever described as ankle soreness. He has a history of missing time with mysterious ailments, however, a move to a contending team could change that. Despite all the missed games, Warren did finish the season as the 44th ranked player on a per game basis thanks to a number of clear improvements in his game. Perhaps the most notable was his improved perimeter shooting, taking his average from 0.3 to 1.8 per game. He also increased his free-throw percentage from 75.7 to 81.5, while the rest of his numbers were comparable to his 2017-18 campaign. As of right now, his value would appear as though it could take a bit of a hit. Of course, that is based on him likely coming off the bench behind what is a much stronger roster.

Saric finds himself on his third NBA team after being traded by the Timberwolves just prior to the draft. He moves to an inferior roster and should really only see competition for minutes from Josh Jackson. Jackson has shown glimpses of ability but is certainly far from an established piece of the rotation. In fact, both players will be looking to find consistency in their games which could lead to an increase in their fantasy values. Much like Jackson, Saric has flashed his limited upside across his first two seasons in the NBA but managed to end the most recent as the 175th ranked player. If he works his way to 30 minutes per night, he could flirt with back-end standard league value.

Got a different take on the recent flurry of NBA trades? Hit Adam up on twitter @adamking91 or give a shout out to @fantraxnba

FantraxHQ will be firing up the shots in 2019! Head on over and check out all of our fantasy basketball content.