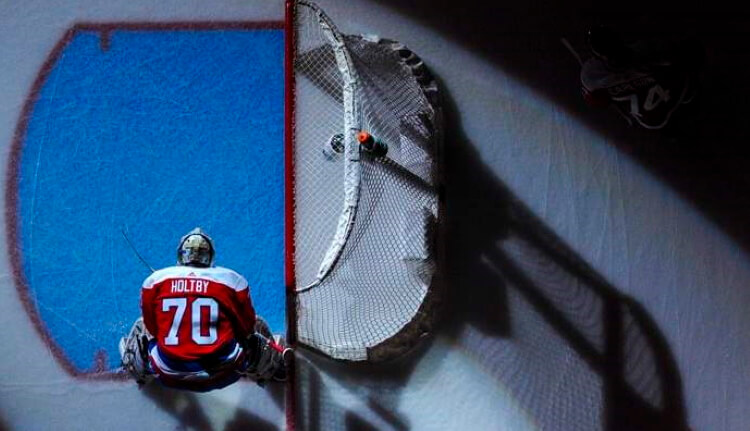 Week 2 is in the books, so it is time to consider who might be a great Week 3 Goalie Grab.

It looks like Carter Hart is for real as a netminder (and yet his rostered percentage in Yahoo only went up 1  percent in the past week). He is 4-0 with four quality starts, a .949 save percentage, and a 1.75 GAA. Hart has given up only seven goals in total, and Philly’s defense is helping to keep him in a position to win games.

There were some great performances this past week, and there were some exceptionally forgettable ones as well. (Here’s looking at you, Marc-Andre Fleury and Thatcher Demko!)

What I am here to do is recommend a couple of Week 3 goalie grabs. The criteria are to aim for netminders who are under 50% rostered percentage, have good matchups, and have good volume to fill your stat sheet in categories or points leagues. I’ll also throw in my confidence level regarding the grab.

I hope you are 2-0 in your leagues, and if you’re new to the sport, then welcome. It’s an exciting time to be a hockey fan.

The Sabres only have three games this week, and none of them are back-to-back, so we may only get one start out of the 27-year-old Canadian. Thus far, though, he has a 2-1 record with impressive wins over Edmonton and Calgary on the road. Buffalo is allowing the seventh-most shots per game, so the saves will be there, and his GSAA and SV% are both in line with his career numbers, even accounting for some slight regression in the percentage as time goes on. Nothing about these three opponents scares me off of either Buffalo netminder, but Comrie is available everywhere and is a good Week 3 Goalie Grab.

The Golden Knights are 4-2 to begin the year, and Hill has two of those wins, both of which were quality starts. He is showing the benefits of having a competent defense in front of him. Vegas has enough firepower to win the games that the 27-year-old can keep it in. In his six-year career, Hill has a GAA of 2.72 and a save percentage of .909, so the history of his skillset is there. Our concern is simply these three games. He may only see one start, but if you’re in a daily league, he is a good add/drop when he is in net. For those in weekly ones, you may be looking for more volume than he can provide, but it is early, so go ahead and roll the dice.

Part of what makes streaming goalies so fascinating is getting to craft arguments for guys like Blackwood. His first game was a disaster, which looked worse at the time before we all realized that Philadelphia might not stink on ice. He allowed four goals on only 24 shots and qualified for the dreaded RBS* tag. Since then, Blackwood has allowed a total of four goals on 59 shots for three quality starts in a row. Obviously, the volume here is good, and the first two games are back-to-back, meaning he should get a start against the Capitals or Red Wings. Colorado’s offense hasn’t been the juggernaut we’re used to thus far, so however many starts Blackwood gets, they could be useful to fantasy managers.

In terms of confidence, this is the one I most hesitate about, but I think it could have a higher payoff, too. So it goes in fantasy hockey.

Those are your Week 3 Goalie Grabs. If you want to chat about anything and everything, hit me up on Twitter at @thewonkypenguin. Don’t forget to check out all of our other fantasy hockey content. And, as always, good luck!

*Really Bad Start is quantified as a start with a save percentage below 85%.