Fantasy Hockey Waiver Wire for Week 6: What a Clutterbuck! 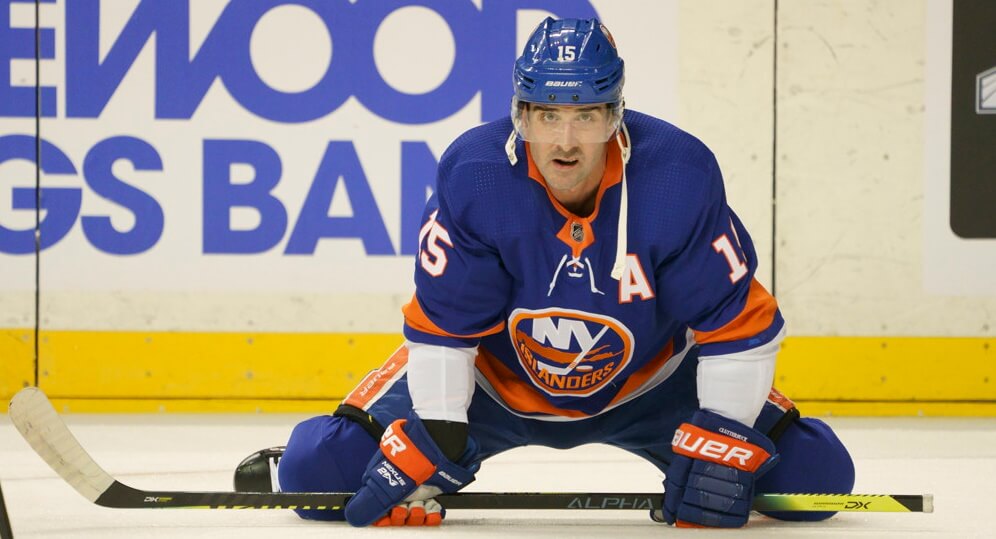 Welcome to the fantasy hockey waiver wire discussion for Week 6 of the NHL season. There are a handful of centers, in particular, this week that are worth picking up, so hopefully, you have room to add one to your roster.

C Eric Staal, MIN (45%): After a slow start saw him with just a single assist through seven contests, Staal has found his groove again. He has 13 points in his last nine games, including a current six-game point streak. Someone has to score for Minnesota and Staal’s been a driving force to their offense. Every year Staal seems to be written off by many, but he’s a must-own while he continues this level of play.

C Nick Bonino, NSH (34%): It’s good to see his ownership rise from 13% to 34% within a week, but what are the rest of you waiting for? Perhaps the expectation is that Bonino will cool off. He hasn’t. Two goals and an assist in three games since he lit up the Blackhawks. Eight goals and 13 points in 16 appearances, while receiving power-play time. There are still too many leagues where he is unowned.

C Jean-Gabriel Pageau, OTT (29%): Pageau seems to be doing it all for the Sens lately. His seven goals are more than any other Senator, and his plus-15 rating is the best in the entire NHL. It’s even more impressive given that Ottawa is 28th in the standings. Pageau provides plenty of category coverage with 11 points, 37 shots, 22 hits, 17 blocks, and a pair of both short-handed goals and game-winning goals. Don’t let the team he plays for scare you off — he’s worth picking up if he’s available on your fantasy hockey waiver wire.

C Derrick Brassard, NYI (15%): The Islanders are the hottest team in the league right now, winning 10 in a row. Brassard has been a big factor in that success, as he posted five goals and an assist in his last six games. The former 60-point center has never quite been the same since he left the Rangers, but it looks like he’s found new life playing for the other New York team.

RW Cal Clutterbuck, NYI (4%): As usual, Clutterbuck hits everything that moves. He has 26 hits though his last five contests, while also producing a goal and three assists. Those are the only points he has on the year, but given that he’s been playing over 16 minutes in each of the past four games, he may be in line to produce more offense than we’re accustomed to seeing from him. Worst case scenario, his offense dries up, but you know he’s a lock to throw a few hits each game.

D Sami Vatanen, NJD (42%): The Finnish blueliner is having a nice bounce-back campaign. He has eight points on the season, including six in his previous seven contests. He already has nearly half of the 17 points he produced in 2018-19 and is looking more like the Vatanen the Devils traded for. He’s being used on the top power-play unit instead of P.K. Subban, putting him in a great role to succeed.

D Adam Fox, NYR (41%): The rookie got off to a slow start, registering one point in his first seven games. He’s starting to get things going though, posting four points in five games, including a three-game point streak. While he likely won’t be in consideration for the Calder Trophy, he can still carve out a quality season if he continues to see time on the power play.

D Zdeno Chara, BOS (23%): The Bruins captain is showing he still has value even at age 42. He has four points in his last six outings, along with a plus-11 rating, seven hits, and 10 blocks. While he certainly won’t continue to provide the offense on a regular basis, he can be a worthwhile fifth or sixth defender if your league counts hits and blocks.

G Anton Khudobin, DAL (21%): After losing his first three contests, Khudobin has won three straight while allowing just three goals against in the process. The Stars are on the rise, having won seven of their past eight games. Khudobin is stuck behind Ben Bishop, but when he makes for a good streaming option whenever he’s in the crease. Note that Dallas has a back-to-back coming up on Nov. 13 and 14.

G Pavel Francouz, COL (18%): The Avalanche will be without Philipp Grubauer for the next couple of games due to a lower-body injury. While Francouz has given up 11 goals in his last three starts, he’ll become the starter for a successful team, making for an easy decision to pick him up if you need wins.

Also, check out last week’s waiver wire picks to see if any of those players are still available.