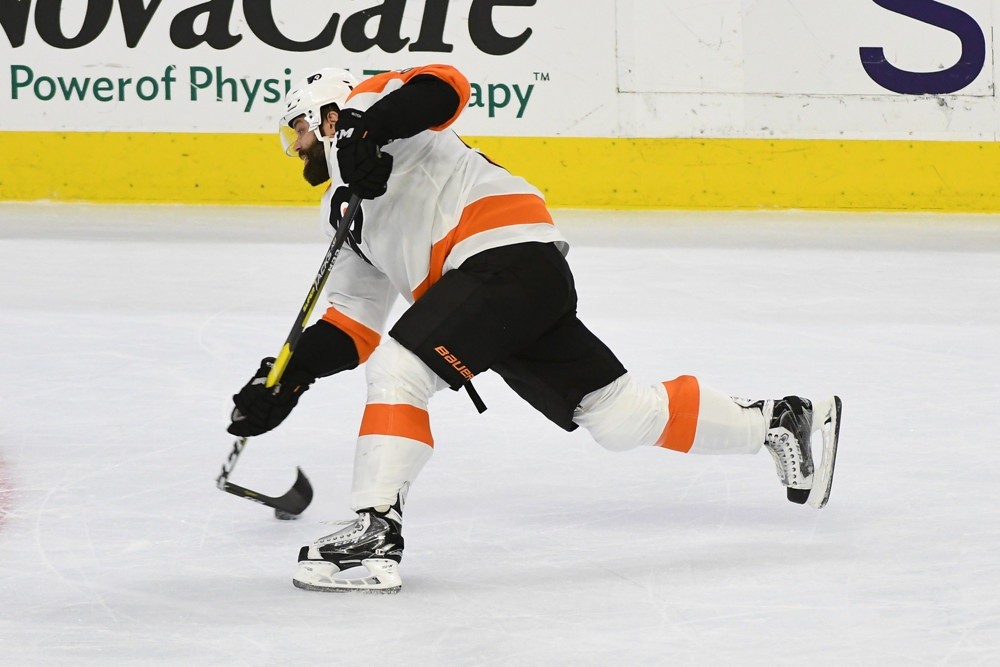 There have been a number of depth players stealing the show lately. Check out who would make for a valuable claim in this week’s Fantasy Hockey Waiver Wire Report.

LW Brandon Pirri, VGK (48%): Pirri has been lights out for the Golden Knights throughout his entire stay with the big club. He has 13 points in 11 games, only failing to hit the scoresheet once. He’s been used on several lines, but currently flanks William Karlsson and Jonathan Marchessault with Reilly Smith out of action. He’s also receiving top power-play unit minutes, further opening opportunities to keep contributing.

RW Blake Coleman, NJD (42%): The gritty winger has five goals and two assists over his past five contests. Last year he had 25 points in 79 outings, but he’s already at 27 points in just 46 games this season. He also has 119 hits, making him a great multi-purpose waiver claim.

C Phillip Danault, MTL (41%): Posting 14 points in his last 13 games, Danault is cementing his role as one of Montreal’s top centermen. Up to 32 points already, he’ll no doubt top his career-best 40 points in short order. He also has a plus-16 rating, far exceeding any previous season in that regard.

C Bryan Little, WPG (34%): The second-line center has eight points in his last six games. He’s always in a prime opportunity to rack up points when centering Patrik Laine, and Little is up to 28 points on the year.

RW Conor Garland, ARZ (32%): After being blanked in his first seven contests, Garland compiled 10 points over his next 12 games. He’s fired 54 shots on net and is a fixture on the Coyotes top power-play unit. He’s been the beneficiary of Arizona’s plethora of injuries, giving the rookie plenty of upside.

C Colton Sissons, NSH (31%): Upon returning from injured reserve, Sissons has six points in as many games, while also posting 12 hits and a plus-8 record over that span. He’s taking full advantage of Kyle Turris’ absence, allowing him to center the second line. He’s up to 22 points in 41 games and is well on his way to topping the career-high 27 points he set last year.

RW Saku Maenalanen, CAR (6%): For the deeper leagues, Maenalanen offers fairly good quality for a fourth liner. In nine games with the Hurricanes, he has four goals, five points, 12 shots on goal and 15 hits. He’s also seen his ice time rise from the six-minute range of his first couple affairs to the 10-minute range of recent games.

D Nick Leddy, NYI (47%): After a slow start, Leddy is finally beginning to see some results. He has six points in his last nine games – all assists – with three of them coming from the man-advantage. He may not crack 40 points like he has the last three seasons, but he can provide some offense from the blue line in the short term.

D Radko Gudas, PHI (34%): The rugged defenseman has three points in his past three games, bringing him up to 13 on the campaign. He’s three away from matching last year’s total of 16 points, rewarding owners with a bit of offense on top of his other category coverage. He’s posted 43 PIM, 145 hits, and 73 blocks in 2018-19.

D Marcus Pettersson, PIT (24%): While not quite as prolific as Elias Pettersson, Marcus has been seeing success of his own. It took some time for him to get settled in after being traded from the Ducks, but he has six points in his last seven games, he’s playing on the Penguins second power play unit, and even picked up a pair of fights along the way.

D Filip Hronek, DET (23%): The rookie has found the scoresheet lately, posting five points in as many games. He’s playing on the Red Wings second defense pairing, and makes for an interesting claim should he keep building on his 0.43 points-per-game ratio.

D Jordie Benn, MTL (11%): For a defenseman not known for his scoring, Benn has seven points in his last 10 games. Of that time frame, he has a plus-8 rating, 14 hits, and 23 blocks. He provides solid category coverage for members of deeper leagues.

G Jordan Binnington, STL (39%): Ever since he got the nod for his first NHL start, he’s solidified the Blues crease. He’s won three of four starts, allowing just four goals against along the way. He’s a must add for any team in need of a goalie, especially to add as a handcuff to Jake Allen.

G Joonas Korpisalo, CBJ (34%): The backup netminder has won his last three starts, allowing just a single goal against in the most recent two. He had a rocky start to the season, but has been receiving more and more starts, and could continue to do so with the uncertainty around Sergei Bobrovsky.