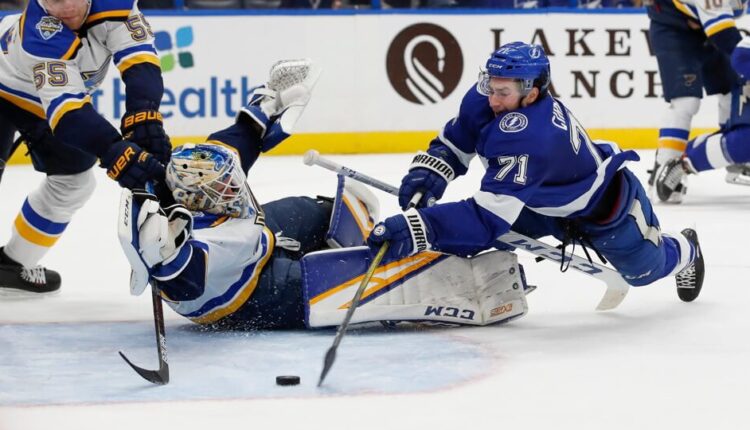 Many of the top players around the league are leading the charge, making it difficult to find players that can make a difference in your lineup. You need to dig a little deeper at this stage of the season to find those players, but they are there to be found. Whether you need to replace an injury, a slumping player, or just want to give yourself a boost, the fantasy hockey waiver wire is here to assist you.

The 2020 eighth-overall selection is having a very successful start to his NHL career. Quinn had two points in two games late last year and has carried that momentum into his first full campaign. He has 15 points in 21 contests, including an ongoing five-game point streak. 10 of his points have been generated in the past nine outings, showing that he’s getting better with more experience. The rookie has five points scored on the man advantage, along with 36 shots, 14 hits, and a plus-5 rating. Receiving top six minutes, Quinn is an easy claim if you can still find him on the waiver wire.

A shoulder injury had kept Cirelli sidelined for much of the season, but he’s finally healthy enough to return. He’s played three games, collecting three assists, two hits, three blocks, 12 shots, and a plus-3 rating. He is being eased back in, as noted by his average ice time of 14:58, including little time on the power play. Cirelli was playing 18:19 last year with 1:25 minutes on the power play last year, so you can expect his role to increase as he gets a few more games under his belt. He’s worth grabbing off the waiver wire now before others in your league catch on.

Parise’s career was on a downward trajectory, but he continues to be a viable waiver wire option. He had 15 goals and 35 points in 82 games last season. This year he’s scoring at a higher clip, with nine goals and 14 points through 27 games. The 38-year-old has four goals and an assist in his last five games. He’ll continue to play in a third-line role while seeing time on the second power-play unit. Not an exciting waiver wire add, but if you just need someone to fill in for a depth role, Parise can bring some value.

Kapanen had found himself in the press box, but that turned out to be a good motivator for him. In his second game back, he scored a goal and an assist. Then he followed that up with a hat trick performance. He has 10 points in 17 appearances on the season, with 27 shots and 32 hits. That’s not bad production from someone available in so many leagues. When playing, he’ll likely remain on the third line and second power-play unit. Kapanen is worth adding from the waiver wire in deeper leagues, as he has the capacity to pop off on any given night.

Leivo played in just seven contests last season with the Carolina Hurricanes, posting three points. He was brought in by the Blues to fill a similar role as a depth player. Yet he climbed the depth chart rather quickly. He’s playing on Ryan O’Reilly’s line and receiving at least 17 minutes on multiple occasions. Leivo is also getting time on the second power-play unit. As a result, he has nine points in 17 games, with 44 shots and 21 hits. Not bad at all for a player available in 97% of leagues.

Parayko had a slow start to the campaign, posting just three points in his first 19 matchups. He’s heating up lately, scoring four points in his last five games. Even when he’s not scoring, he’s a reliable source of certain peripherals, with his 43 hits and 41 blocks. His +/- has been worrisome, but he’s been a plus-6 over his last four games. Averaging 23:07 of ice time, he’s a lock to be one of the Blues most utilized players. With Torey Krug currently absent from the lineup, Parayko will get some time on the power play.

Vladar made 23 appearances last year as the Flames’ backup goaltender. He’s already up to 10 games this season and has started six of the last eight contests for Calgary. He’s won four straight, so the team has been going with the hot hand. Jacob Markstrom was the clear-cut starter last year, being the runner-up in the Vezina voting. He hasn’t been as dominant this season though, opening the door for Vladar to get more opportunities. Vladar has a 5-4-1 record with a 2.59 GAA and .912 save percentage. He’s a worthwhile streaming option for as long as he can keep this up.