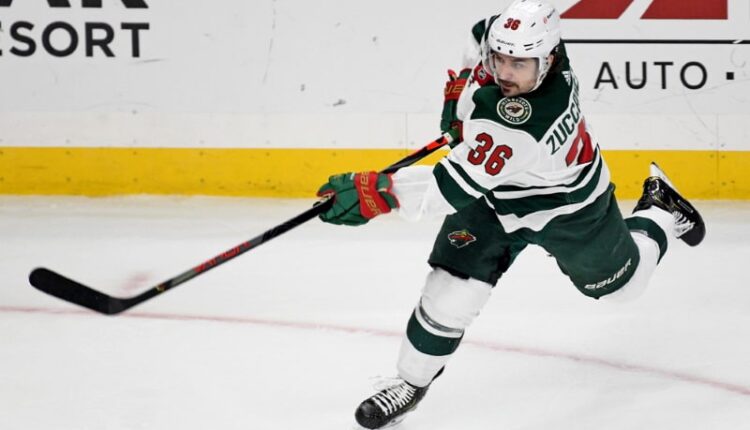 February is almost over, but the NHL season certainly isn’t. Let’s take a look at some worthwhile targets to be found on the fantasy hockey waiver wire.

RW Kyle Palmieri, NJD (57% Ownership): There were likely many Devils dropped across leagues when the team was out of commissioner for two weeks. Palmieri is one that shouldn’t remain on the waiver wire very long. Since resuming play, he has six points in five games. In total, nine points in 13 appearances. He’s one of the main contributors in New Jersey, second to Jack Hughes in team scoring. With eight PIM, eight blocks, and 19 hits, Palmieri can help out in peripheral categories as well.

C/RW Martin Necas, CAR (52%): Necas quietly had a solid rookie campaign last season, scoring 36 points in 64 games. He’s following that up with an even better sophomore performance, starting out with 11 points in 14 appearances. He has seven points in his last seven contests, playing on Carolina’s second line and secondary power play. He was drafted 12th overall in the 2017 draft, so the upside is there for him to become a prominent fantasy player. The Hurricanes have excelled with developing their players in recent years, and Necas looks to be another hit.

C/RW Drake Batherson, OTT (42%): The 22-year-old is playing in his first full season, after playing in 23 and 20 contests in the previous two years. Batherson has 12 points in 21 meetings, with half of his points garnered from the man advantage. He’s been hot lately, scoring three goals in as many games while potting a pair of assists. He primarily plays on Ottawa’s third line but gets plenty of time on the power play — averaging 3:49 with the first unit. His 36 hits and 14 blocks will help chip in towards some category coverage.

C/LW/RW Jeff Carter, LAK (26%): Carter’s fantasy stock has fallen considerably over the years. He had just 27 points last season, and 33 the year prior. His scoring has gone down since his shortened 2017-18 season when he scored 22 points in 27 appearances. He’s bouncing back nicely in 2021, with 11 points through 17 games, including an ongoing five-game point streak. Playing on the Kings second line and second power-play unit, the 36-year-old is showing he still has fantasy value.

RW Mats Zuccarello, MIN (13%): Zuccarello has missed most of the season with an arm injury, but has been excellent since returning to the Wild lineup. He has seven points in four appearances, including a four-point effort against the San Jose Sharks in his most recent affair. He’s playing with the electric rookie Kirill Kaprizov at both even strength and on the power play, so his value is sure to rise.

D Nick Leddy, NYI (27%): Leddy posted three consecutive 40-point seasons, but has followed those up with 26 point and 21 point campaigns. It’s easy to forget Leddy’s offensive capabilities, but he’s showing signs of his former self this year. In 18 outings, he has a goal and nine helpers. Six of his points have been generated from the power play, while also picking up 19 hits and 18 blocks. His numbers have been down since Barry Trotz was hired as Head Coach, but Leddy is on track to have his best offensive year under Trotz’s defensive-minded system.

D Mackenzie Weegar, FLA (20%): While Aaron Ekblad and Keith Yandle get the attention from Florida’s defense, Weegar shouldn’t be overlooked. His offensive production has increased in each passing year, and that’s the case again in 2021. He has a goal and seven assists in 17 contests, along with 37 hits and 18 blocks. His hitting pace has increased, as he had 76 in 45 games last year, but his blocking pace is much lower than last year’s 71. The Panthers are having much more success this season though, so Weegar is able to take more shots with the puck, rather than block shots from the opposition.

G Jonathan Quick, LAK (39%): The 35-year-old is playing lights out for the Kings. He’s won his last three starts, with two of them being shutouts. Over that span, he’s made 79 saves on 81 shots, giving him a .975 save percentage. He also boasts a 0.65 GAA, which really highlights just how good he’s been. Will he be able to continue at this pace? No, but he’s certainly worth claiming off the waiver wire for as long as he remains red hot.

G Alex Nedeljkovic, CAR (19%): For the first time in his career, the 25-year-old is playing more than a single game in an NHL season. Through four appearances, he has a 2-1-1 record, with a 2.44 GAA and .911 save percentage. He most recently posted a 24 save shutout over the Tampa Bay Lightning. Petr Mrazek remains out indefinitely with a thumb injury, leaving Nedeljkovic as James Reimer’s backup. Carolina’s stingy defense will make Nedeljkovic a good streaming option whenever you could use an extra start in net.

Loved this fantasy hockey waiver wire but ooking for more targeted help? Then you need to check out Ian Whamond’s latest piece on Category Sleepers.

NBA Trends and Injuries: 11 Players on the Rise