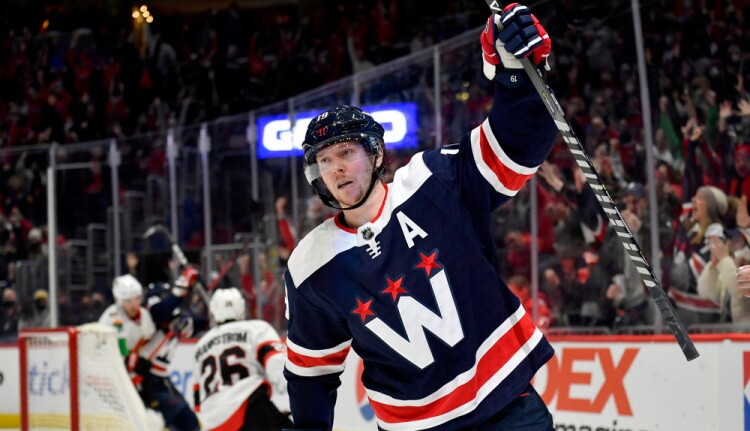 Normally injuries are piling up and we’re looking for replacements, but this week it’s the opposite. There are several notable players returning from injury. Many are worth grabbing off the fantasy hockey waiver wire before other members of your league notice. Whether you need to replace an injured or slumping player, or just want to give yourself a boost, the fantasy hockey waiver wire is here to assist you.

Normally I wouldn’t mention a player with this high of a rostered percentage, but I feel it’s worth doing for Pacioretty. Many leagues would have had a manager stash him away on IR while he recovered from his Achilles injury. At the same time, there’s almost one-quarter of leagues that have him sitting on the waiver wire. If you’re in one of those leagues, pick him up – now. Since returning, Pacioretty has three goals in three games, including a power-play goal, four hits, and 13 shots. He’s playing on the top line with Sebastian Aho and will surely have a very strong campaign the rest of the way. He had 19 goals and 37 points in 39 games last year.

Similar to Pacioretty, Wilson has a higher rostered percentage but is worth noting. Wilson has missed all of this season with a knee injury but is now back in action. He played his first game Sunday with a 1-0 win over Columbus, dishing out six hits. He’ll reclaim a top-six role playing on a line with Evgeny Kuznetsov, and could move back up to the top line. Wilson is coming off a career year in 2021-22, where he generated 24 goals, 52 points, and 240 hits in 72 games.

A hip injury has sidelined Backstrom all season, but he has finally returned. In his season debut, he played 14:03, with 2:45 on the power play, taking one shot, two PIM, and three hits. His ice time is bound to go up after he’s eased back into the lineup. There were concerns as to whether he would be able to play this season, but in returning sooner there are plenty of potential fantasy points waiting to be claimed from the waiver wire. Alex Ovechkin continues to be a goal-scoring machine, so Backstrom will be able to get back to his usual role of setting up Ovechkin at both even strength and on the man advantage.

York has only played 14 matches this season, but he’s made a strong impression in them. He has a goal, eight points, nine shots, 13 hits, 19 blocks, one power-play point, one shorthanded point, and a plus-8 rating. He’s averaging 19:13 minutes of ice time, including playing over 22 minutes in his past two outings. He’s getting time on the power play too, taking the role away from Ivan Provorov. York is just 22 years old with 47 games of NHL experience. The 2019 14th overall selection is already worth rostering and will only get better with time.

The 24-year-old Timmins has bounced around the league a bit, having never found a role as a regular in the NHL. He played two games with the Arizona Coyotes this season, before being traded to Toronto. That’s proven to be a great move for Timmins’ career, as he started his Maple Leafs tenure by posting 10 points in 12 games. He’s playing in a top-four role and seeing time on the second power-play unit. Timmins provides value in peripherals too, generating three power-play assists, nine hits, nine blocks, 12 shots, and a plus-2 rating. He’s easily worth grabbing off the waiver wire until he cools down.

Comrie has been on the shelf since November 16 with a lower-body injury. He returned to action Tuesday against the Seattle Kraken, conceding four goals on 22 shots in defeat. While that’s not a great return, the Sabres believe in him. Ukko-Pekka Luukkonen had taken over the starting role and won his past six starts, yet he was sent down to the AHL to make room for Comrie to be activated from injured reserve. Craig Anderson is in the fold too and has played the most of any netminder in Buffalo with 15 games. However, Comrie is seen as being the No. 1 guy this year and had that role before suffering the injury. His 4-8-0 record with his 3.67 GAA and .883 save percentage aren’t appealing, but he should be given every opportunity to succeed.

Ersson is doing remarkably well to start out his NHL career. He boasts a 4-0-0 record, with a 2.30 GAA and .924 save percentage. His most recent outing saw him post a 28 save shutout. While Carter Hart will remain the starter, Ersson has taken the backup role from Felix Sandstrom. Ersson may even be able to steal more starts away from Hart if he’s able to continue his level of play. The 23-year-old Ersson is worth streaming from the waiver wire whenever he’s confirmed to be starting.