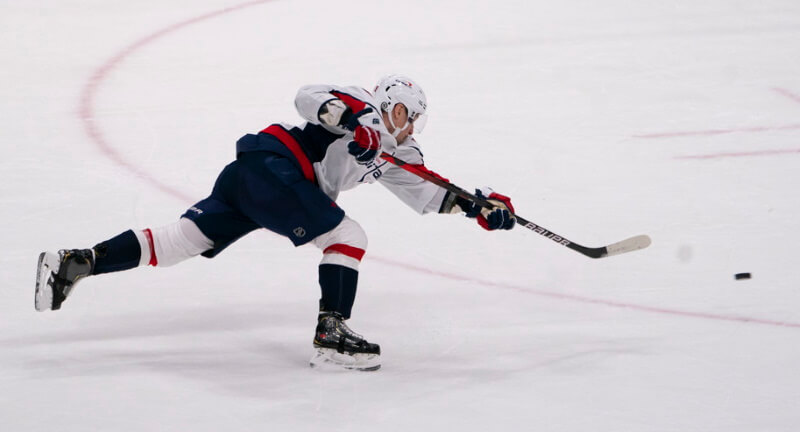 There’s a good chance your league has started its playoffs, or you are fighting to clinch a playoff berth. This fantasy hockey waiver wire report will have a heavy emphasis on the remaining schedule for the week, to help get you that victory. Don’t worry Roto and Points leagues, these players can still come in handy for you too.

C/LW/RW Nick Schmaltz, ARZ (49% Ownership): It may come as a surprise, but the Arizona Coyotes are on quite the run, and find themselves in a playoff spot. They’ve won six of their last seven games, while scoring at least three goals in each contest. The uptick in offense may be the most surprising aspect, as the Coyotes are notorious for struggling to score. A big part of their success if their top center, Nick Schmaltz. He has 24 points in 39 games, including a recent five-game points streak. The Coyotes are going to continue to rely heavily on him, so he will be given every opportunity to pick up more points.

C/LW Anthony Beauvillier, NYI (42%): Beauvillier has struggled to score for most of the season, notching only six points in his first 22 contests. He has since heated up, scoring eight points in as many games. With six of those points being goals, he’s providing the secondary scoring that the Islanders had been expecting of him all season. He has three games remaining this week, and could tally a key goal for your club. After Sunday, he’s off again until the following Thursday, so you could look for a replacement ahead of Monday’s games.

C/LW Jared McCann, PIT (38%): Featured in last week’s waiver wire report, McCann has seen his ownership rise. He’s still available in over 60% of leagues though, as he continues to be overlooked by many. He’s centering Pittsburgh’s second line with Evgeni Malkin out. McCann has five goals and three assists in his last seven appearances. He’s also on the top power-play unit with Sidney Crosby. That should be more than enough reason to pluck him from the waiver wire.

RW Craig Smith, BOS (22%): I hope you’ve been adding Bruins, as they’ve played twice this week already, and have three more games upcoming. Claiming the top Bruin on the wire waiver makes for a good play, whether it be Smith or someone else. It wouldn’t be a bad idea to grab a couple players from Boston just to maximize games played. In Smith’s case, he has a low ownership rate, while bringing decent production. He has 17 points in 35 games this year, including six assists in his past five appearances.

D Dmitry Orlov, WSH (27%): Orlov is having a bit of a down year, with just 10 points in 34 games. His production was especially disappointing a couple of weeks ago. Since then, he’s doubled his point total, scoring five points in six games. He doesn’t get much time on the power play, so only target him if you need to add a defender with three games left to be played this week.

D Alex Goligoski, ARZ (24%): Similar to Orlov, Goligoski hasn’t had a great season, and he’s also on a good run as of late. Only 10 points in 39 games, with eight of them generated in his past seven outings. He’s on a five-game point streak that’s seen him collect six assists. He also has 54 hits and 75 blocks, so he can provide some help to peripheral categories.

D Michael Matheson, PIT (13%): While not known for his offense, Matheson has six points in his last four meetings. He has 11 points in 31 matches this year, meaning over half of his points were scored in the past four games. It’s unlikely he can keep this pace for long, but if you are in need of some help on the blue line, Matheson is likely to be available. The Penguins have three games to play this week. Even when they aren’t winning, Pittsburgh is scoring at least four goals in their recent losses — increasing the odds of more fantasy value from Matheson.

G Daniel Vladar, BOS (28%) and G Jeremy Swayman, BOS (13%): Given that they play for the same team, I’m combining the Bruins goaltending duo. As mentioned, it’s good to have some Bruins right about now. Both Vladar and Swayman got a start earlier this week, with Swayman getting his first career win in his NHL debut Tuesday night. Vladar notched his first win March 16, and holds a 2-1-1 record. With Tuukka Rask and Jaroslav Halak out of the lineup, it’s up to these rookies to hold down the fort. They should each receive a start due to Boston having three games to go this week. It’s likely Vladar gets the second game. If both goalies are available, Vladar should be seen as the better choice. Depending on how deep your league is, Swayman could make for a great spot start.

For more help in optimizing your fantasy hockey lineups check out our Week 12 Goalie Streams!