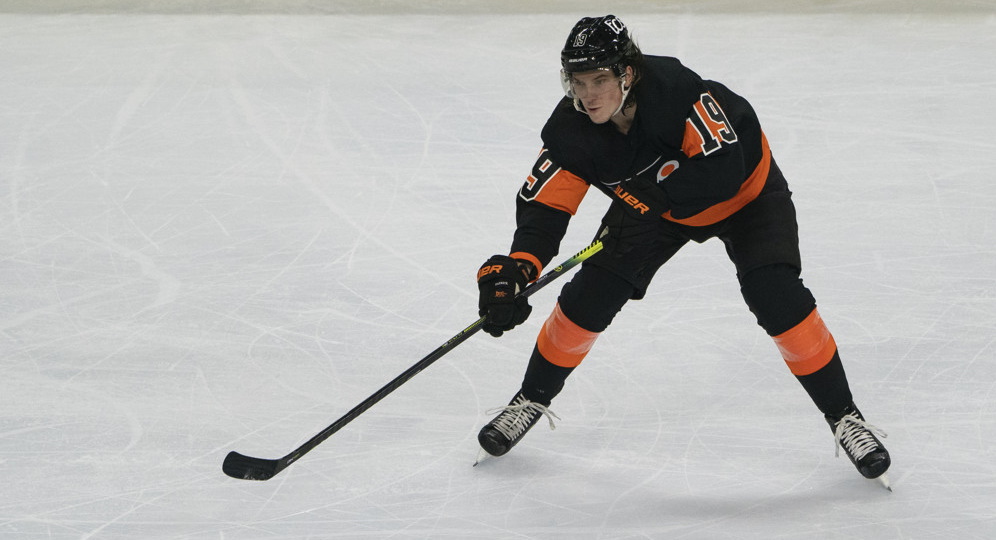 The 2021 NHL season has been going for a week now, and with a shortened season, each week matters that much more to your standings. There are a number of players making an early impact that might be available on your fantasy hockey waiver wire.

RW Patric Hornqvist, FLA (47% Ownership): The 34-year-old winger was acquired in the offseason by the Panthers in exchange for Michael Matheson. Hornqvist is playing on Florida’s second line with Jonathan Huberdeau, and is providing immediate results. In two games, Hornqvist has three goals and an assist. Three of these points being generated on the power play. He’s going to get plenty of ice time on that top power-play unit while having some talented players dishing him the puck.

C Nolan Patrick, PHI (46%): After missing the entire 2019-20 campaign with a migraine disorder, Patrick was been an afterthought in many leagues. The 2017 second overall selection is back to full health and looking to get his career back on track. To start out, he’s playing on the Flyers third line with James van Riemsdyk and Jakub Voracek. His first two campaigns saw him post 30 and 31 points, but he’s capable of more offense. Through four games, Patrick has scored a goal and two assists. If he can stay healthy, he could be in for a career year.

LW Oskar Lindblom, PHI (45%): Lindblom’s 2019-20 season was limited to 30 games after being diagnosed with Ewing’s sarcoma. Incredibly he is not only back in the NHL, but doing well too. He’s showing great chemistry with Travis Konecny, as they’ve been one the of best duos in the league early on. Lindblom has two goals and an assist through four games. The Flyers have plenty of talent to work with and are spreading it throughout the lineup. Just like Patrick, Lindblom could also be in line to have a career year.

C Josh Norris, OTT (44%): Part of the Erik Karlsson return, Norris is off to an excellent start in his rookie campaign. Teams often ease players into the NHL, but the Senators have thrown Norris on the top line. That looks to have been a wise choice, as Norris has delivered. He has three points in three games, with two scored on the man advantage while throwing five hits. We figure Brady Tkachuk is in for a break out year, so for Norris to be his centerman, that bodes well for his fantasy value.

LW/RW Maxime Comtois, ANA (40%): Comtois had high expectations last year, but only found himself playing in 29 games. He scored 11 points, but it wasn’t quite as exciting as when he scored seven points in 10 games early in the 2018-19 season. He’s having early season success again, scoring three goals throughout three contests. He’s playing on the Ducks third line, but could work his way into the top six, and ideally get some power-play time. Depending on how deep your league is, he may be worth taking a chance on.

LW/RW Bobby Ryan, DET (20%): Yes you read that right, Bobby Ryan. The four-time 30-goal scorer is off to a hot start. He’s scored four goals in his first three games, showing that he’s a great addition for the Red Wings. No, don’t expect him to score 30 goals again, but he will be relied on to score in Detroit. He’s also not afraid to mix things up, as he racked up 17 PIM in Monday’s meeting with Columbus.

D Rasmus Andersson, CGY (49%): In his prior two seasons, Andersson has posted 19 and 22 points. Nothing that gets fantasy owners too excited, but the potential is there for more. So far this season, he’s showing it. He has three points in as many games, with six blocks. He’s playing on the top pairing with Mark Giordano. More importantly, he’s taken Giordano’s place on the team’s top power-play unit. Andersson spent some time on that unit last year, but a full season with top power-play minutes creates a big boost in his offensive production.

D Ty Smith, NJD (43%): Selected 17th overall in the 2018 draft, Smith is enjoying a fantastic start to his NHL career. In three games he has a goal, two assists, a plus-3 rating, five shots, and three hits. He’s playing on New Jersey’s third defense pairing, and second power-play unit. That’s encouraging production for a rookie defender averaging 15:43 per game. It’s highly unlikely he continues to score at a point-per-game pace, but he could be in for a solid season if he can earn some more ice time — especially if he can find a way on the top power-play unit.

G Jonathan Bernier, DET (21%): Bernier is one of a select few netminders to have won both his starts so far this season. He’s defeated the Hurricanes and Blue Jackets, posting a combined 2.00 GAA and .927 save percentage. He and Thomas Greiss are bound to nearly evenly split the crease. However, this will be the case for many teams. Looking ahead, Detroit plays two games against the struggling Chicago Blackhawks. Following that, two games against the Dallas Stars, who won’t be as up to speed as other teams. Picking up Bernier could give you a pair of wins, and he’s likely to be available on your waiver wire.

Looking for more help from the Fantasy Hockey Waiver Wire? Check out these 6 Potential Breakout Players for 2021!