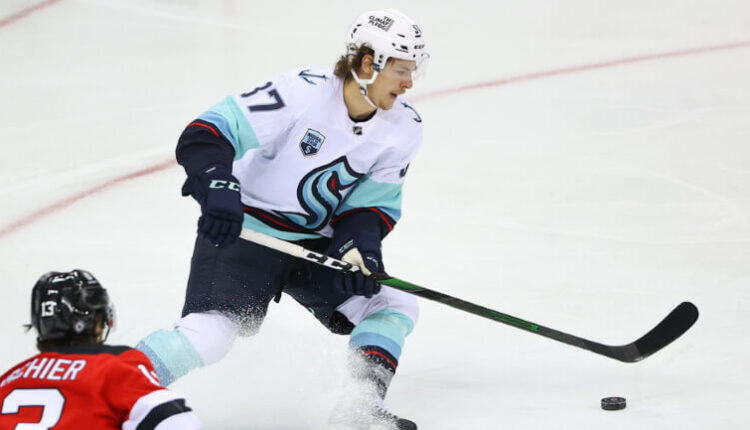 Even before his four-goal performance, you’re unlikely to find Filip Forsberg on the fantasy hockey waiver wire. You may be able to find his teammate though, or some of these other players that are providing some quality fantasy hockey value.

There were several quality choices Seattle had when deciding who to select from the Tampa Bay Lightning. Ultimately they went with Gourde, who had been centering the Lightning’s third line during their back-to-back cup runs. Gourde had previously played in the top six when he had 64 points back in his first full season in 2018-19. He’s never been a No. 1 center at the NHL level, but that’s his role with the Kraken. He missed the team’s first four games but proceeded to tally 14 points in 18 contests. His time on ice per game is up two more minutes than it’s ever been in his career, averaging 19:05. Seattle had a rough start to their franchise’s first season, but they’ve rattled off four wins in their past five games. Gourde has six points in that span. He’s thriving in an expanded role, with both he and Seattle on the upswing.

After back-to-back miserable seasons, Johansen is bouncing back in a big way. He generated just 22 points in 48 games last year. This season he already has 18 points, in just 22 contests. He’s already matched last year’s power-play point total of seven, and his 15 blocks put him one shy of last year’s amount. We’re seeing a rejuvenated Ryan Johansen out there, one who looks like the perennial 60 point player we had become accustomed to. If he keeps up this 67 point pace, it will be the highest total he’s produced as a member of the Nashville Predators.

With all the offensive talent in Colorado, Nichushkin has flown under the radar. Injuries have limited him to nine appearances, but in those nine games he’s scored eight points. Five of which are goals, including one on the power play and one short-handed. He also has 17 shots on goal, 13 hits, and a plus-9 rating. Nichushkin is feeling under the weather but had a negative Covid test. Monitor his situation, but if you want a player that’s a higher risk/reward, he’s your guy.

Milano is one of many Ducks off to a hot start. He has five goals and eight assists in 18 meetings. It’s an impressive scoring pace, considering his career-high is 23 points, which he posted in 2019-20 between the Columbus Blue Jackets and Anaheim Ducks. Injuries limited him to six games last season, where he was held pointless. Playing in a top-six role alongside Trevor Zegras, Milano is starting to show why he’s a former first-round draft pick. Let’s not forget that this is a player that was on waivers at the start of the season.

Orlov tends to be a streaky player. He’ll go five games without a point, followed by a five-game point streak. He’s been scoring in bunches lately, with seven points in his last five outings. Three of his past four appearances have been two-point efforts. He tends to be in that secondary tier of defensemen, where he isn’t always the best choice to have on the roster. However, given his latest run, he’d be worth picking up off waivers until he cools down.

The elite defensive defenseman has been trending upwards over the past few seasons. He posted a career-high 28 points in 2019-20. That was followed up by 23 points in 53 contests, a 35 point pace over a full campaign. Now this year he has 11 points in 22 matches, a 41 point pace. With Ryan Suter’s departure from the club, Brodin is getting a regular role on the power play for the first time since 2016-17. 41 points may be too optimistic for Brodin to reach, but cracking 30 points and setting a career-high is certainly within the realm of possibility.

Adin Hill and Reimer were brought in during the offseason to shake up the Sharks crease. At first, it appeared that it would be a 50/50 split between the two netminders, perhaps even favoring Hill. However, Reimer has started seven of San Jose’s past eight games, and is emerging as the team’s starter. Reimer has an 8-4-1 record with a 2.05 GAA and .934 save percentage. Both his GAA and save percentage are among the top five for goaltenders with more than five appearances this season. Reimer has won four of his last five starts, picking up a shutout along the way. There’s no reason he should be left on the fantasy hockey waiver wire any longer.