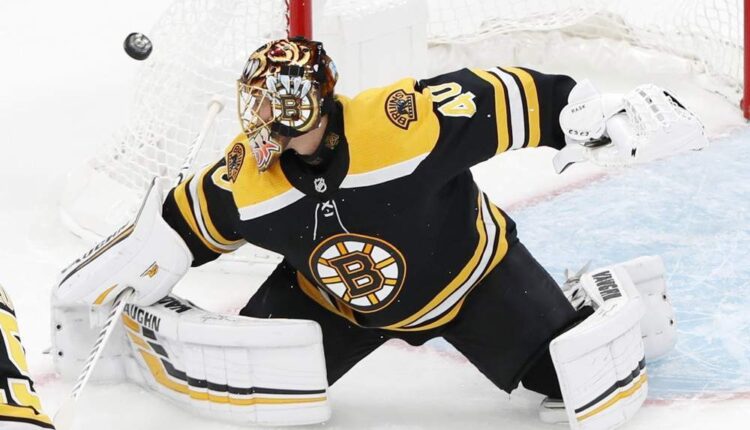 This week has been filled with headlines of notable players. Evgeni Malkin returned, Jack Eichel is getting closer to returning, and there’s a pair of names below that you might find available in your league. The fantasy hockey waiver wire will bring you up to speed, but you better be quick as some of these players won’t stay on the waiver wire for long.

Kane has spent the entire season in the AHL, scoring eight points in five games with the San Jose Barracuda. With his contract terminated by the Sharks, he will be looking to join another team back at the NHL level. It remains to be seen where that will be, but comments from Oilers General Manager lead many to believe Edmonton could be a possible landing spot for Kane. A chance at playing with Connor McDavid or Leon Draisaitl makes Kane’s fantasy ceiling rise significantly. Kane is a known goal scorer, and it isn’t out of the question he could score 20 this year even with the missed time, depending on where he ends up. There is a lot of risk with Kane, and he very well could flop with a new team. Proceed with caution, knowing that Kane is s high-risk high-reward type of claim.

Jeannot is showing that last year’s seven points in 15 games were not a fluke. In fact, they were a sign of greater things to come. In 37 games he has 12 goals and 11 assists for 23 points. All but two of these were scored at even strength. Jeannot is a player that does a bit of everything for Nashville and in fantasy hockey. He has 56 shots and a plus-6 rating, but more importantly, he has 62 PIM and 115 hits. He has a very similar stat line to Tom Wilson but is just missing the notoriety. Jeannot has 12 points in his last 12 contests, so you should definitely be rostering him.

A thumb injury has kept Mikheyev out of the lineup for most of the year. He’s played in just six contests but has scored five points in the process. He’s coming off a four-game point streak in which he tallied four goals and an assist. Three of his points have been generated from the power play, while another was scored while short-handed, so he can get you special teams points. Averaging 15:31 of ice time per game, he’s currently playing on Toronto’s third line and second power-play unit. It’s very possible that he earns himself a long look in the top-six alongside Auston Matthews or John Tavares to further boost his fantasy value.

Another Maple Leaf on the list. Kerfoot has proven to be a streaky scorer. After a six-game point drought, he scored points in four straight matchups. But it was an explosive four games, as he racked up nine points during that stretch. He has 25 points in 35 contents, scoring at a 58-point pace over a full season. Considering his career-high in points is 43, back in his rookie season, Kerfoot is having a breakout campaign. He has no points on the power play but boasts an impressive plus-19 rating. You should not leave him on the waiver wire when he’s being deployed in a top-six role.

Grzelcyk exploded with offense two games ago, racking up five points in a 7-3 victory. He picked up another point during his latest contest, as well as five shots and a plus-3 rating. He’s up to 14 points on the campaign. His career-high is 21 points, which he was easily on pace to top last year with 20 points in 33 games. As long as he doesn’t miss significant time, he should have no trouble topping that total. He’s playing on the Bruins’ top defensive pair and manning the second power-play unit.

Skjei has five goals and 13 points in 33 meetings this season. He has already surpassed last year’s three goals and 10 points, which he took 52 games to reach. His 26 PIM and 71 shots are also upticks from last year’s pace, as is his career-high plus-12 rating. Skjei has four goals and four assists through his last four contests. With Carolina’s top defender Jaccob Slavin on Covid protocol, Skjei has an opportunity to see more ice time and play in a more offensive role.

One of the league’s perennial top goaltenders is back. After injuries sidelined him for months, Rask signed a 1-year deal with Boston. He’ll form a tandem with Linus Ullmark, which means it’s time to drop Jeremy Swayman to the waiver wire. Last season Rask had a 15-5-2 record with a 2.28 GAA and .913 save percentage, along with a pair of shutouts. We may see some rust in his game after so much time off, but we don’t have to wait long to get our first chance of seeing him in action. He’s scheduled to start Boston’s game Thursday night. Get him before it’s too late.