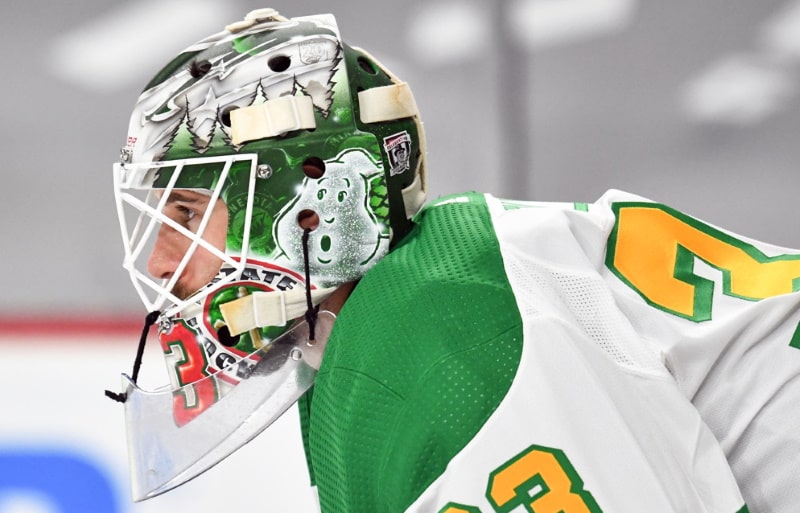 It’s harder to find good fantasy hockey trade targets the deeper you get into a season. The obvious buy-low candidates start to reap the rewards. The championship picture in your league gets more clear, creating a more aggressive market.

You could still try to get some of the star players I listed in past articles, such as Mika Zibanejad, Taylor Hall, or Evgeni Malkin. However, you may have to start looking at sneakier candidates who may break out in very short order. You also may want to change the mix of your team. It might be time to start working on a deal to sell high on a hot starter to try to re-position yourself for the next few weeks. Let’s look at the market and see what kind of changes you can look at making.

Covid-19 causes tons of turbulence and unpredictability in fantasy sports. It can strike a team at any time. The good news is a few of the teams who postponed games due to outbreaks are back playing! Are there guys we can look at who fell under-the-radar during their team’s pause? Let’s find out!

I’ve actually seen Talbot’s name on waivers in some of my leagues. Due to a stint on the Covid-19 list, as well as Minnesota’s recent hiatus, many fantasy owners will forget that Talbot started off fairly well with his new club. Talbot posted a 2.36 GAA and a .920 save percentage over five starts. Considering Kaapo Kahkonen’s stats weren’t so hot during Talbot’s absence, I don’t think he’s a threat to steal the starting job. Minnesota also has a lot of games still against teams that I don’t find too challenging, although prepare to consider benching him in games against Colorado. Overall, if you need a goalie, Talbot is a decent buy-low option if you can catch a fellow owner napping.

Palmieri only has 2 goals in 10 games…that won’t last. In fact, both goals came against Boston on Thursday night. If you look at his career stats, he’s put up at least 24 goals in the past five seasons. Palmieri is a born goal-scorer and New Jersey is out of their Covid-19 hiatus. There’ll be plenty of games to go for him to get back on the horse. It doesn’t hurt that he plays a ton of minutes for the Devils including top powerplay. Jack Hughes is also dishing at a much more successful rate so far. Hopefully, the two-goal performance doesn’t stop you from buying low on Palmieri before it’s too late.

At first glance, I’m not incredibly proud of putting these guys on here. After all, it’s the Detroit Red Wings we’re talking about. However, that’s what makes them buy low options. There’s a chance you can buy REALLY low on both of these guys due to Detroit’s recent lack of offensive flash. I’d prefer Larkin as a target. He’s only shooting 6.8% and that’s with 59 shots fired, top ten in the league. I look at Detroit’s powerplay and I’m noticing that it’s at a paltry 7.1%. I don’t see it finishing that low, despite coach Jeff Blashill’s funky arrangements. Even last year’s sad sack team put up a 14.9% powerplay rate. Somebody will have to score eventually. Larkin and Mantha are the best bets. Some owners will sell these guys for peanuts and it’s well worth a flyer if the price is low.

Another under-the-radar guy to look at is Vladimir Tarasenko. Many owners will kind of forget about him but he’s skating with the team during optional skates. He could come back for the last half of the year, or even the last quarter of the year, and end up helping you win your league. I’d also look at buying low on Alex Pietrangelo. He just came back from a personal bout with Covid-19 and still plays a ton of minutes for Vegas. His points are coming soon.

I don’t hate veteran players, but there are a few older skaters that I think are over-producing right now. It may be smart to try to sell high with these guys. As always, I especially like to look at players with unsustainable shooting percentages.

I think Staal is a fantastic two-way centre. He’s a guy that even at the age of 32 can help shoulder a large defensive assignment and shut down the opposition’s best players. However, did anyone expect the start he’s been able to put up? It’s crazy to see 15 points in 12 games for Staal, including 7 goals in 12 games. It’s very reasonable to suggest he won’t shoot at a 38% clip for the rest of the season. In fact, he only had 8 goals all of last season in 68 games. Staal is still a relatively big name so if you can sell high on him for a more stable scorer, I’d do that soon.

It feels like Brown has played in the league since the dawn of time. The 36-year-old has appeared in almost 1200 career games and has started lightning hot with his linemates Anze Kopitar and Alex Iafallo. This has led to Brown scoring 8 goals in his first 15 games for LA. Brown has a track record of scoring goals, but shooting at a 25% clip is a lot to ask. LA also has a stretch coming up where they play solid number one goalies for a long time before seeing San Jose again on March 22. Kopitar has a history of keeping up his point totals but Brown has only scored over 60 points in one season since 2011-12. If you can get a solid younger name for Brown, do it. Another LA King to potentially look into trading? Drew Doughty. He’s shooting 17%…as a D-man. He won’t finish with that.

Backstrom is in the top 10 in scoring and leads Washington with 8 goals. That’s more than Alex Ovechkin. Why sell high on him then? I would look into it because that’s not his game. Backstrom is shooting at 25% and there’s zero chance he ends up with more goals than Ovy. He hasn’t scored more than 30 goals since 2009-10. A lot of the offensive opportunity for Backstrom came when two of his fellow forward stars (Ovechkin, Kuznetsov) had to sit due to Covid-19 protocol. The return of Evgeny Kuznetsov will cut into his ice time and opportunity a little bit. I still think he’ll produce going forward, but this goal output is dropping shortly. If you want to keep your goal totals up, you may want to look into moving Backstrom to shake up your roster. Worst case scenario, at least he’ll still provide you plenty of assists.

Did you find these fantasy hockey trade targets useful? If so you’ll probably also want to check out the latest waiver wire recommendations, as well as our rest of season rankings for goalies, defensemen, and forwards.