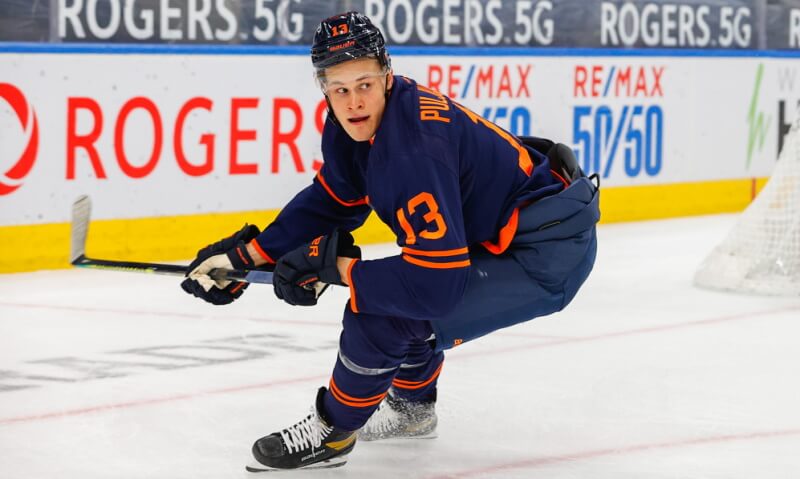 We all want to fill our fantasy hockey team with play-driving superstars, but it doesn’t take long for them to all be off the board and we need to look elsewhere for value. In the late rounds of fantasy drafts, there’s nothing wrong with finding fantasy hockey sleepers who are riding shotgun on a line with superstars who will elevate their scoring stats. Chris Kunitz once had a 68 point, 22 powerplay-point, +25 season thanks to Sidney Crosby and Jonathan Cheechoo once scored 56 goals playing on a line with prime Joe Thornton. These are the players we are looking for here.

Tyler Johnson has not been a fantasy-relevant player since the 2014/2015 season when he put up 72 points for the Tampa Bay Lightning in a role where he centered Nikita Kucherov and Ondrej Palat. For the past 6 seasons, he’s been a 30-50 point player and his value dropped so much that he was dealt to the Chicago Blackhawks along with a second-round pick to clear salary. You can see why he has an ADP of 408.

In Chicago, Johnson appears to be given a golden opportunity to reinvigorate his career, playing on a line with Patrick Kane and Alex Debrincat, as well as a prominent role on the Blackhawks’ top Powerplay unit.

If the Blackhawks keep this PP1 formation, Tyler Johnson is going to score a ton of goals this year. It’s all predicated around feeding him in front of the net, or having him tip shots coming in from the perimeter.

Tyler Johnson is a player you can select with your last-round pick and if he’s able to hang on to this role, he can pitch in enough goals, points, and powerplay points to be worth a roster spot on your fantasy team. Another name to keep an eye on is Kirby Dach. If Dach is able to replace Johnson in this role, he becomes an instant priority add.

Nick Ritchie is entering his 7th year in the NHL, but the former 10th overall pick is still only 25 years old. He signed with the Toronto Maple Leafs in the offseason and is based on preseason usage, will be playing left wing alongside Auston Matthews and Mitch Marner. Ritchie has never been a prolific NHL scorer but if you play in a league that counts hits and penalty minutes, he’s a fantastic late-round pick that should get a bump up in scoring simply by doing the dirty work for Matthews and Marner, as Zach Hyman used to do.

The secret is out a bit on this one with DeAngelo’s ADP at 121, but his ranking on Fantrax is 272 so you need to search or scroll way down to find him (or just filter by ADP). In DeAngelo’s last full season with the New York Rangers, he had 53 points in 68 games. Now with the Carolina Hurricanes, he’s being given Dougie Hamilton’s vacated role, including a valuable spot on the top powerplay unit along with Sebastian Aho, Andrei Svechnikov, Teuvo Teravainen, and Vincent Trocheck.

Zach Hyman is the more obvious choice here but he can hardly be considered a sleeper given his ADP, so the late-round play to watch is Jesse Puljujarvi. Puljujarvi can be considered a post-hype sleeper. People are over him, as he’s never lived up to his potential as the Oilers’ 4th overall pick in 2016. However, he’s still only 23 years old and has the opportunity to consistently play alongside the best player in the world in Connor McDavid and a player who has a history of elevating his linemates in Zach Hyman. This could finally be Jesse Puljujarvi’s breakout season.

An honorable mention goes out to Kailer Yamamoto (ADP 353) playing on the Oilers’ second line with Leon Draisaitl and Ryan Nugent-Hopkins. This was the line Yamamoto was playing on in 2019/2020 when he put up 26 points in 27 games.

Are you on board with David’s fantasy hockey sleepers? For more rankings and analysis, check out the 2021-22 FantraxHQ Fantasy Hockey Draft Kit!