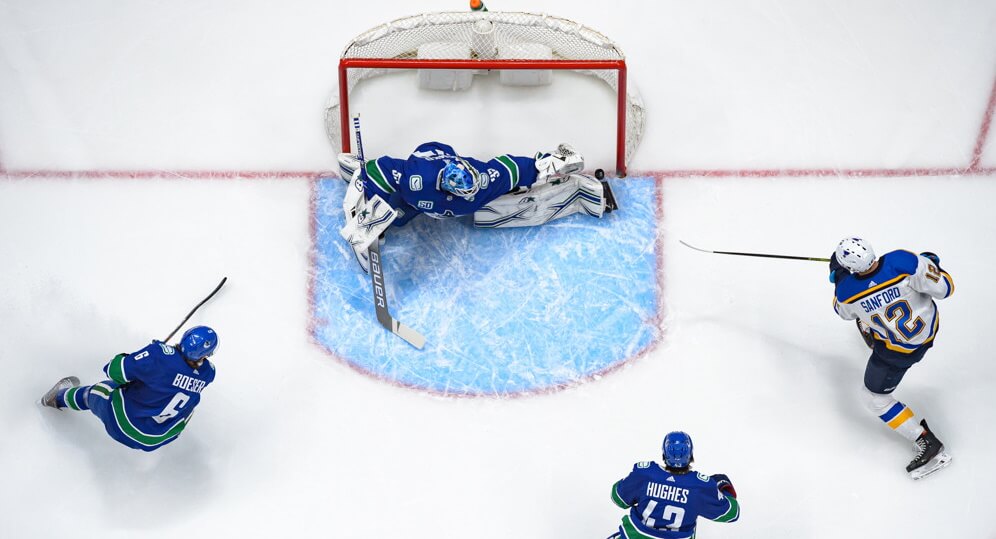 The new season is almost here, and most leagues will have drafted by now. Let’s take a look at the fantasy hockey sleepers by overall ADP (Average Draft Position) and see which players could bring a far greater return than expected at the draft floor.

A knee injury limited him to 48 games last season, where he tallied 36 points. That is a massive drop off from his 2018-19 season where he racked up 74 points in 77 contests. The injury may have put him under the radar for many, as seeing 36 points wouldn’t make many eager to draft him. However, over a full season, that would put him at a 61 point pace. Still a decline from his previous campaign, but that was the case for nearly every San Jose Shark. Hertl could get back to being a 70 point scorer, making for great production with a mid- to late-round pick.

The Colorado Avalanche are being pegged by many as one of the favorites to win the Stanley Cup. This is in part due to the amount of offensive firepower they boast. While all eyes are on Nathan MacKinnon, Mikko Rantanen, and Gabriel Landeskog, Burakovsky is no slouch. He tallied 20 goals and 45 points in 58 games last season, while mostly playing on the second line. So far in training camp, he’s been on the top line with MacKinnon and Rantanen. Playing a significant portion of the season with those two will certainly increase Burakovsky’s numbers. Look for him to set career highs in goals and points again this year.

Palat scored 17 goals and 41 points in 2019-20. Not overly impressive, but it was his best offensive output over the past three seasons. More notably, he scored 11 goals and 18 points in 25 games during the Lightning’s cup run. He showed what he’s capable of, something that may have been forgotten over the years. With Nikita Kucherov set to miss the season, and Steven Stamkos back to full health, Palat’s role shouldn’t change. He’ll be on the top line with Stamkos and Brayden Point, putting him in a position to continue where he left off in September.

It’s strange seeing McAvoy being drafted on average in the 16th round. Given that he has a 95% ownership rate, the vast majority of leagues are drafting him and drafting him late. Torey Krug’s departure left an opening on the Bruins lethal top power-play unit. The Bruins don’t have anyone else ready to seize that opportunity, so McAvoy should see a huge increase in the two power-play points he generated last season. It may be worth trying to trade for him before others realize just how much his fantasy value jumped.

So far the players mentioned have been drafted in the 13th to 16th round in 12-team leagues. Well, Hronek on average is being drafted in the 29th round. Given that he has a 65% ownership rate, it’s quite surprising to see him ranked so low. He was on loan playing for Mountfield HC of the Czech Extraliga, and he was on a last-place team in 2019-20, so that’s two things working against him. However, Hronek will be the No. 1 blueliner for Detroit and get plenty of power-play time. He very well could be a top 50 fantasy defenseman, bringing outstanding value for such a late draft pick.

If you thought Hronek was a steal, Demko makes for an even bigger sleeper. The 25-year-old is coming off his first full season in the NHL. His 3.06 GAA and .905 save percentage weren’t great, but he saved his best for the playoffs. In four appearances against the Vegas Golden Knights, he posted a spectacular 0.64 GAA and .985 save percentage. While it’s unrealistic to expect him to continue that level of dominance, but it sure does cause excitement. Demko will be sharing the crease with Braden Holtby, and Holtby may end up in the crease more often. Regardless, getting Demko so late in the draft will have everyone questioning why they passed on him so many times.

If you enjoyed these fantasy hockey sleepers, you’ll also want to check out our 2021 Fantasy Hockey Rankings.