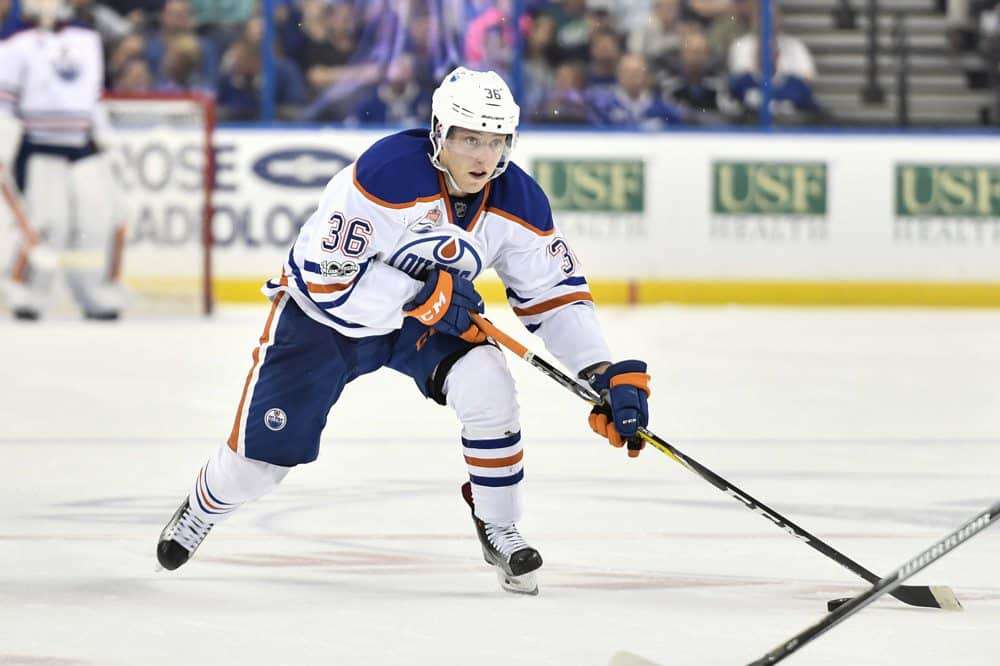 This week our focus will be on my top five sleeper picks at the left wing position.  A note to remember when drafting wingers is that they can play on both sides. Don’t be worried if you draft someone as a left winger and he plays mostly right. Once again, we will keep it easy and simple and base the list on points. Draft these guys carefully, and they should be great pickups for the middle or late rounds of any draft. In case you missed it, here are my picks for sleeper centers and right wings: Fantasy Hockey Sleepers for 2017-18: Centers, Fantasy Hockey Sleepers for 2017-18: Right Wing.

Weal was a third-round draft pick for the LA Kings in the 2010 draft. After spending five seasons in the AHL and being traded to the Flyers, Weal finally got his NHL shot. He played 23 games this past season and did not disappoint. Weal scored eight goals and 12 points in those 23 games, earning time on the top two lines. At only 5-foot-10 and 175 pounds, he doesn’t have a lot of size, but the Flyers have more than enough of that. He can compete in all three zones and is a tenacious forechecker with the ability to play center. Due to his size, expect Weal to get top-line minutes, as his size isn’t suited for the bottom two. He has the skill and scoring touch to be an impact player for the Flyers and give them the speed to complement their size. He was a key player in the Manchester Monarchs’ Calder Cup run in 2015, scoring 22 points in 19 games. Weal should continue to progress with the Flyers and put up some impressive numbers. He is only 25 and is a name to target in keeper or dynasty leagues.

This University of North Dakota standout has done nothing but impress the Oilers organization. Last season Caggiula scored 18 points in 60 games. His high energy and great hockey sense make him a good offensive threat.  As a mainstay on the third line, Caggiula still found time on the power play while averaging 13 minutes of ice time. With Edmonton looking to probably move Jordan Eberle and Ryan Nugent-Hopkins, look to see Caggiuila move into a top-six role with the organization this season. Playing alongside Connor McDavid, Milan Lucic, and Leon Draisaitl will only increase his numbers. Caggiula is a perfect late-round pick that will surprise a lot of people this season.

[the_ad id=”384″]Perlini is another young, talented forward in the Coyotes’ youth movement. After scoring 14 goals in 17 games in the AHL and an injury to Max Domi, Perlini got his NHL chance. He dressed for 57 games and scored 14 goals, three on the power play. Perlini uses his speed and great hands to create offensive chances. At 6-foot-2, 210 pounds, he can take a hit and work the corners and use his size on the forecheck. By season’s end, Perlini was averaging almost 15 minutes per game and playing on the top line with Christian Dvorak and Shane Doan. Perlini is another talented youth in Arizona that could help spark this lackluster offense. Like Drake Caggiula, Perlini could help push your fantasy team to the front of the pack. Look for him explode this season and turn some heads.

Burakovsky was picked in the first round, 23 overall, by the Capitals in the 2013 draft. Like many European players, Burakovsky is a strong skater with a great wrist shot. Buried on the third line, Burakovsky still got ice time on the power play last season, scoring two goals and five points. At 22, he has lots of time to develop and could see top-line minutes if free agent Justin Williams does not re-sign with the club. There is also a rumor that Alex Ovechkin may be traded, which would guarantee Burakovsky top-line minutes. Over the last three seasons, Burakovsky has improved in each one. Last season’s point total was lower than the previous campaign, but he also played fewer games. He scored 12 goals and 35 points in 64 games last season; he scored 38 points in 79 games the previous season. Burakovsky’s minutes will increase this season, and so will his point total.

At 19 years of age, Konecny made his NHL debut with the Flyers. He scored 11 goals and 28 points in 70 games, finishing the season on the top line with Claude Giroux. Konecny is probably the most skilled prospect talent in the Flyers organization. In junior, he was well known for his leadership abilities and uses his speed and skill to create scoring chances. With a season under his belt, Konecny will only see more ice time and get more scoring chances. Playing on the top line and learning from Giroux, Konecny could be your best option for a sleeper left winger. He is the perfect age for a dynasty team and will work wonders for your team as a late draft pick.

As I said in the opening, left or right wingers can play either side. When drafting wingers, it can be hard to determine which wing they are, so pay close attention to how they are listed. Also pay close attention to Josh Leivo of the Toronto Maple Leafs, who had 10 points in 12 games last season. Adrian Kempe of the LA Kings had six points in 25 games last year, but at only 20 years old, he is a top six future forward for the Kings. Look for Loui Eriksson to rebound from his dreadful first year in Vancouver. If people forget the numbers he had in Boston and Dallas, he could surprise as a late-round pick. Tune in next week when I give you my top five sleeper defensemen.